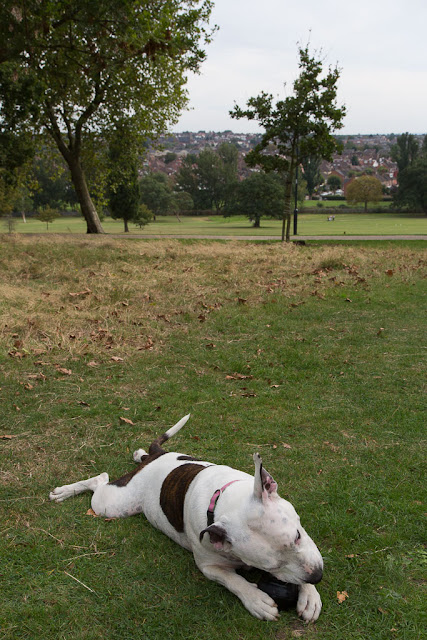 I must confess, I wrote yesterday's post three or four months ago, and never posted it because I was afraid it was a bit...lame. But I saved it, fortunately, for a morning when I didn't have time to write -- because I hadn't done my French homework, for example -- and it's a good thing I did!

So thank you for indulging me by reading about a box of old office supplies. I owe you.

Yesterday, after French class, Olga and I set off on an adventure to Gladstone Park, to the northwest of us, near the neighborhoods of Dollis Hill and Neasden. I don't know why we never walk in that direction, but I'm glad we did, because I needed a change of scenery from Hampstead Heath. Olga didn't seem to care, as long as she had her Kong. 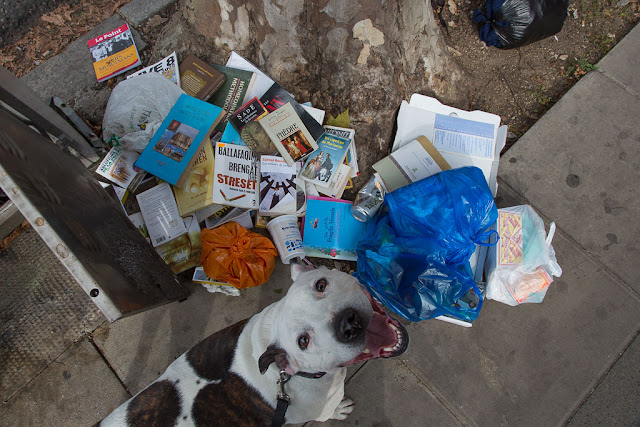 Even the walk there was interesting. We found a cache of French and Arabic books discarded on the street, and I picked up a copy of "All Quiet on the Western Front" ("A l'Ouest Rien de Nouveau"). I'm not sure I'm any more likely to read it in French than in English -- in fact, considerably less likely, probably -- but who knows. I might get inspired.

The park itself is about 90 acres, mostly of open grassland and sports fields. It's named after William Gladstone, a prime minister in the Victorian era. 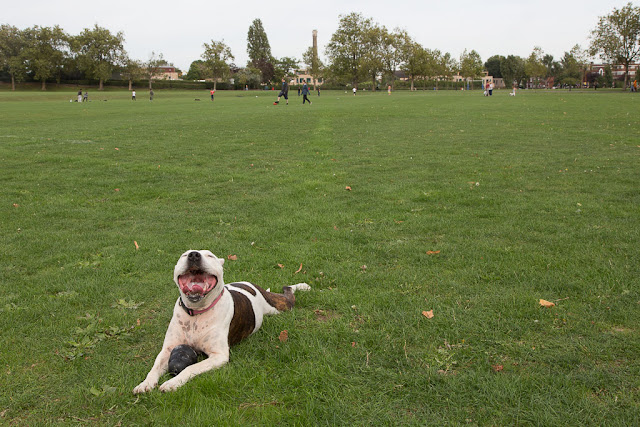 I was extra-careful to keep Olga occupied so she wouldn't go after anyone's football -- and she didn't.

We walked a loop around the outside of the park before exploring some of the paths, lined with century-old plane trees. A railroad line runs through the middle of the park and must be crossed via a gigantic old footbridge, and part of the park -- with formal gardens and a duck pond -- sits atop a high hill with views of London to the south. (You can kind of get a sense of the height in that top picture.) 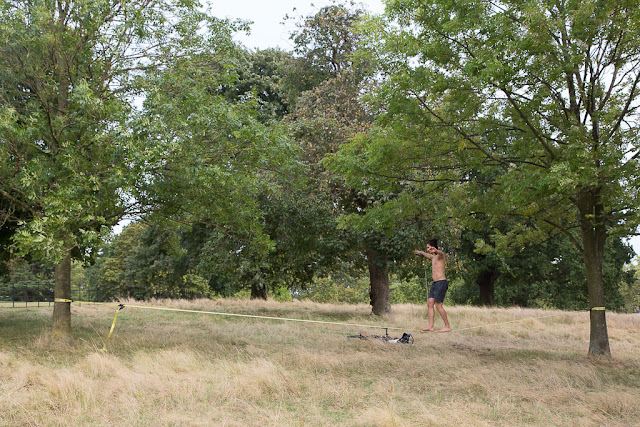 We watched this guy practicing his tightrope-walking skills... 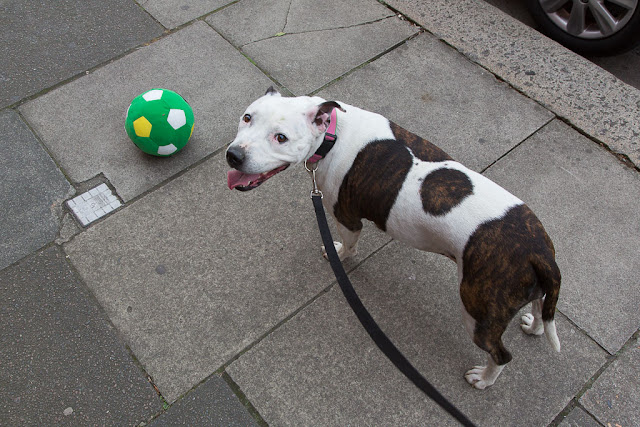 ...and by the time we walked home, Olga was so tired that she couldn't bring herself to carry this stuffed football that we found on the street. She left it behind.

She's pretty much been sleeping ever since!
Posted by Steve Reed at 7:39 AM