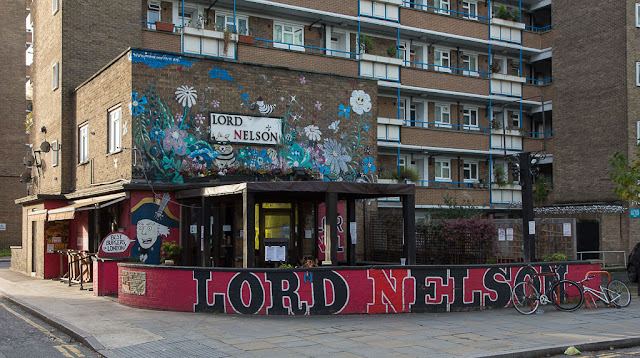 I finally upgraded the software on my iPhone the other day. It's been nagging me to upgrade for weeks now, if not months, and I finally got sick of the nagging so I did it. But has that put an end to the nagging? NO. Now it wants me to install Apple Pay and to use the iCloud and I just want to tell my phone to LEAVE ME ALONE.

This is the same way I feel when the bank calls me to tell me more about Premium Banking. They want me to use their stupid app, which I have yet to download. They called a few days ago and began asking me all sorts of security questions, and I said, "But you called me. I should be asking you security questions." I told them I could do without their information.

I swear, I am becoming so grumpy.

In the holiday spirit, however, I joined the giving tree at work, in which we select a tag with a needy child's name on it and give them some small gifts. My child, Hasan, wanted a set of Sharpie markers and a certain book. Although I have doubts about the wisdom of giving a 7-year-old a set of permanent markers, I ordered everything on Amazon. So that's done.

As for my family, I've proposed to my brother that we skip gifts, and since I won't be in Florida I don't think I need to worry about anyone except my nieces -- I'll send them something. I'm not sure yet what to do about my mom. Maybe I'll just send cards and take everyone out when I visit in the spring.

I did buy one gift for Dave and me -- our now-annual donations to the American Civil Liberties Union, Planned Parenthood and the Southern Poverty Law Center. As long as Trump is in power, we're supporting the forces working against his insanity. 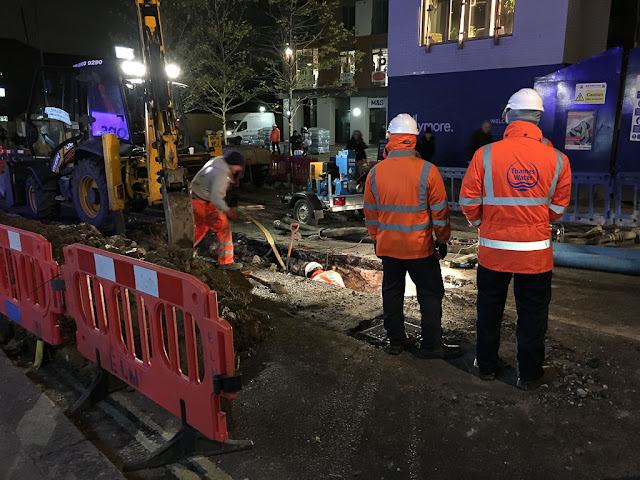 Adding to my overall grumpiness, when I walked to the tube yesterday morning, a veritable waterfall was rushing along West End Lane from what appeared to be a broken water main. I had to jump over it, and I didn't quite succeed, and my right shoe flooded with water. I walked around the rest of the day with a wet foot.

By the time I came home, the water had stopped flowing and construction crews had dug up the roadway (above). So maybe by this morning things will be back to normal. Urban hazards!