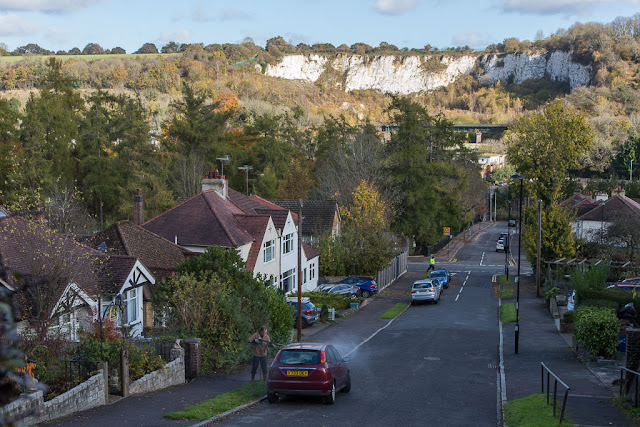 I tackled another leg of the LOOP walk yesterday -- actually, two more sections, for a total of about 10.5 miles. I've been feeling much better in recent days, like my "post-viral syndrome" (or whatever it was) has departed. So I decided to go for it.

I started in Hamsey Green and walked westward, past a 200-year-old quarry at Riddlesdown (above). The quarry was in operation until 1967, and there are still huge stone blocks visible around its base. 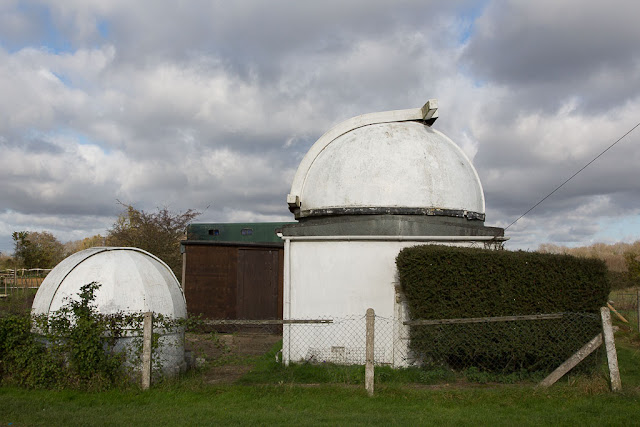 I crossed Kenley Common -- becoming momentarily confused by a map direction to walk "diagonally across the field," which sent me straight into a fence -- and came to the Kenley Observatory. It looks like a collection of farm outbuildings and is situated at the corner of a horse farm, but it is, in fact, a working observatory with a telescope and everything. 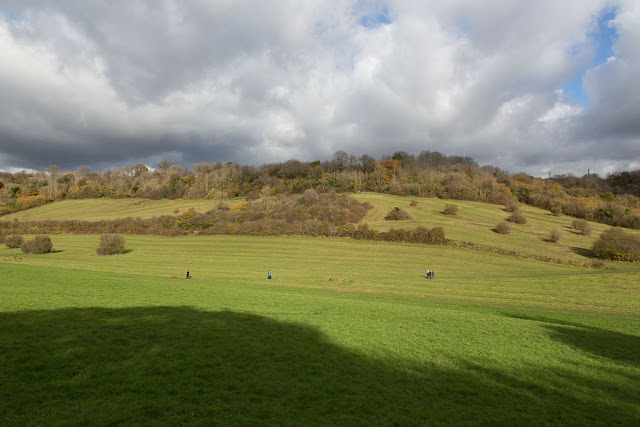 From there the path led me to Happy Valley, a green, rolling area that in certain times of year is home to the Greater Yellow Rattle, a rare plant in the UK. (I didn't see any myself, not that I knew what to look for. I don't think it's the season for them.) The name "Happy Valley," ironically, made me think of that rather dark TV show Dave and I watched a few years ago of the same name. 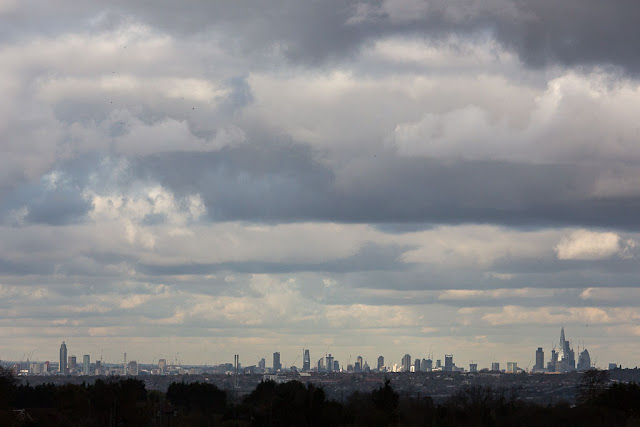 The path led through a forest and up to Farthing Downs, a long ridgeline which offered dramatic views of London. I hiked past lazy cows and down into Coulsdon, where I had a vegetarian English breakfast at the Poppy Cafe in the park near the train station. (The name seemed appropriate, given that this is poppy-wearing season.) 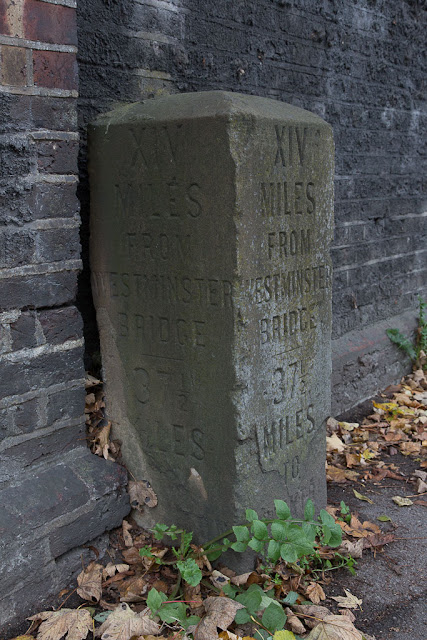 I could have ended in Coulsdon, but that would have been a rather short-ish hike, so I kept going. I passed this historic old mile-marker underneath a railway bridge -- marking the distances to Westminster and to Brighton -- and wound through town and back onto the path alongside ancient hedgerows and even a cornfield. 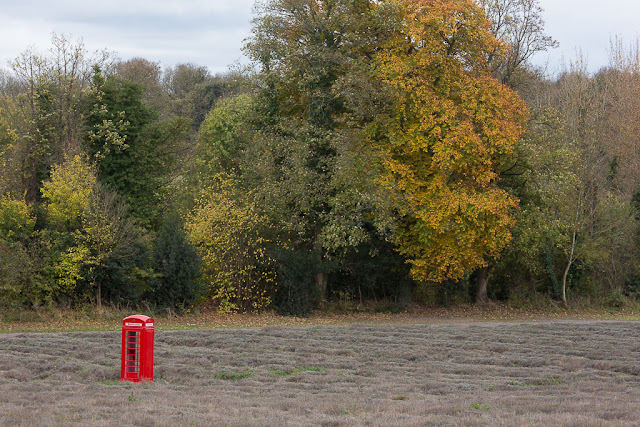 I came to a lavender farm, where the fields would be brilliant purple at certain times of the year. These farms are magnets for tourists and photographers when they're in full bloom. Now, in November, they just look brown. (I have no idea why that phone booth is standing out in the field. I think it's just there for a bit of fun.) 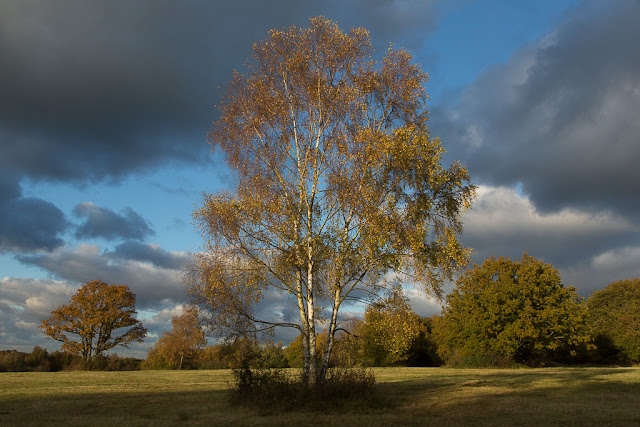 Finally, as the sun began to sink and the light grew golden, I crossed Banstead Downs and a couple of golf fairways, where I had to keep an eye out for flying balls. (I did see some golfers, but fortunately they weren't moving in my direction.) I eventually came to Banstead rail station, the end of my journey.

Or it would have been, if I weren't walking on a Sunday -- because trains don't run from Banstead on Sundays. (I confess that I did have prior knowledge of this fact via the LOOP map.) So I had to schlep another third of a mile or so into the community of Banstead, where I caught a bus to Sutton and then a train home.

I'm finding that the biggest challenge on this LOOP walk is getting myself to and from the trail heads. Reaching Hamsey Green yesterday morning took me almost two hours from home -- two tube rides, a train to West Croydon, and then a 20-plus minute bus ride. It was after 10 a.m. by the time I got walking. Fortunately, I walk fast!
Posted by Steve Reed at 6:52 AM