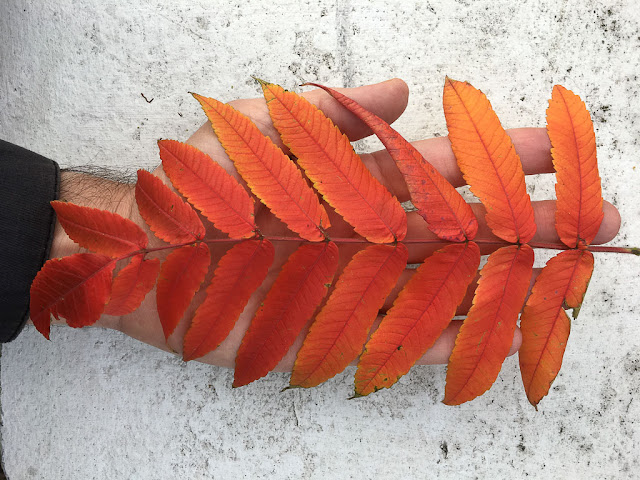 I mentioned not too long ago that I had embarked on a weeklong project to post "A Leaf A Day" to Facebook. That only meant seven leaf photos, so it wasn't any kind of huge undertaking, but it did require some attentiveness on my part as I was walking the dog every morning. Not surprisingly, I wound up with more leaf photos than I could use.

Here are a some of the pictures that didn't make the cut.

First of all, I did use the top photo -- it was my "finale," actually, the last shot of the series. But when I took it, I was doubtful about putting my hand in the photo. None of the other leaf pictures featured anything other than a leaf lying on a plain surface. Including my hand seemed inconsistent. 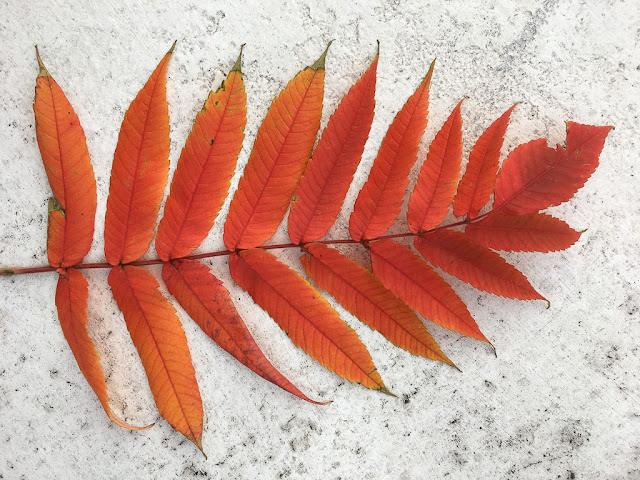 So I took some shots of just the sumac leaf (which, incidentally, I picked from a large, colorful sumac outside a church on Finchley Road). In the end, though, they seemed too plain. I liked the shot with my hand much better -- for one thing, it gave a sense of scale to the large leaf. So I went with it. 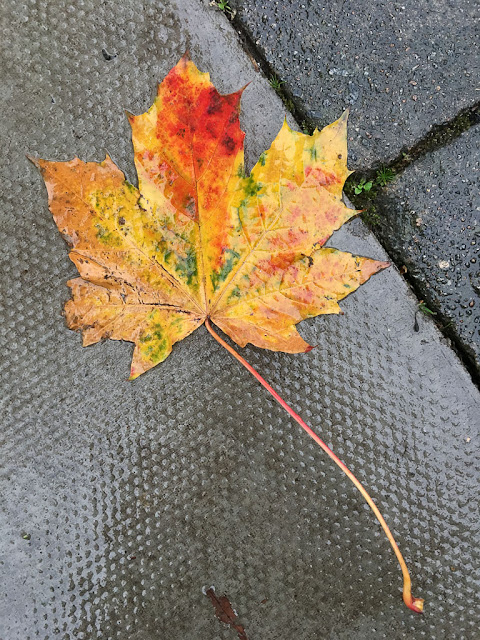 Here are some other perfectly good leaves that I just didn't have room for. 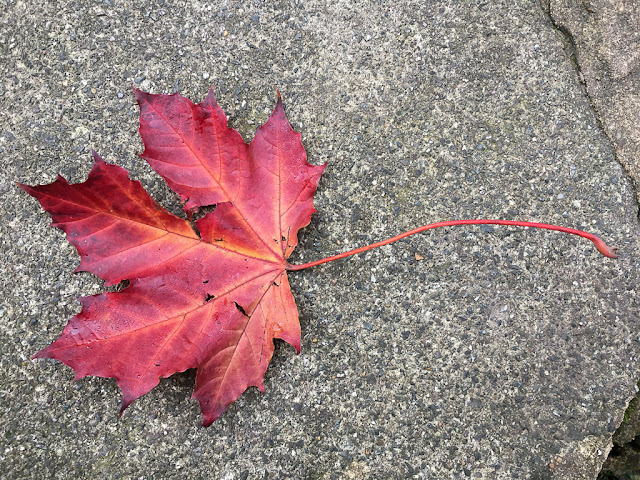 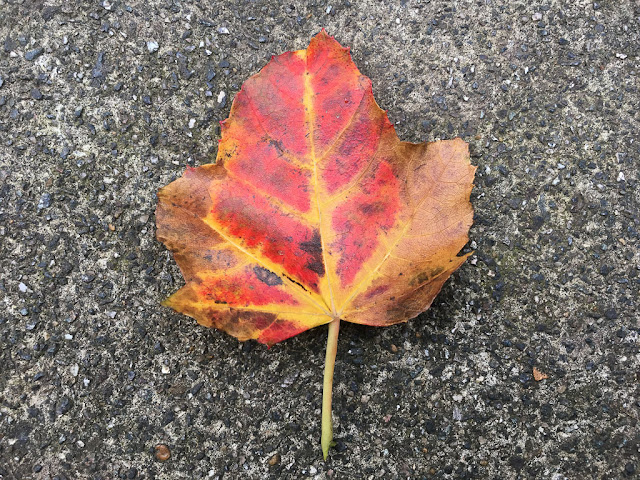 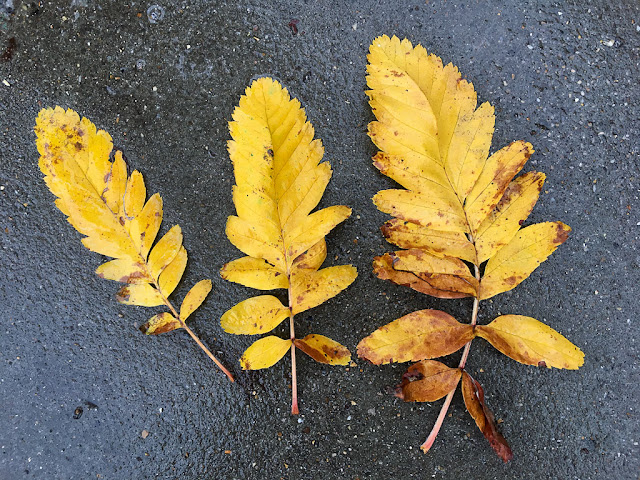 And finally, a leaf on an instantly recognizable background... 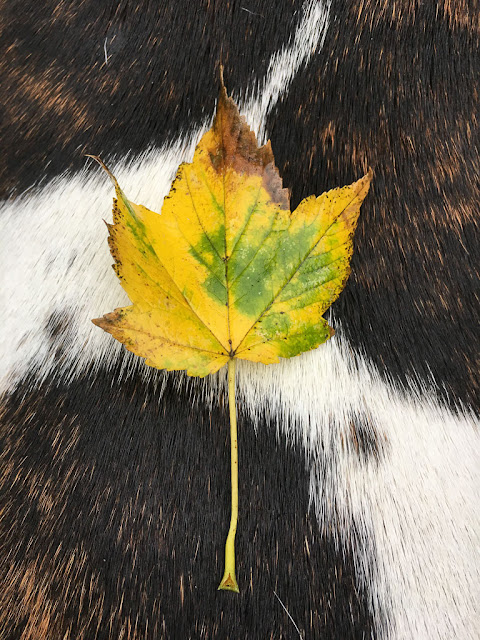