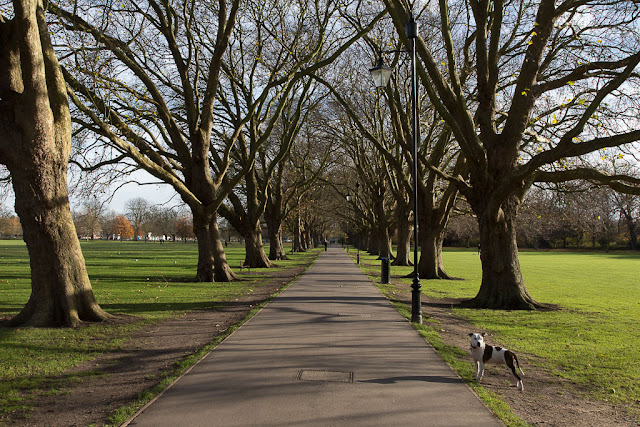 We began yesterday by sleeping in and then eating at our hotel. Our rate includes a full English breakfast, but I opted for cereal -- old habits die hard!

Then we walked into town and went to Jesus Green, where Olga had a great time chasing her tennis ball. This is one of the pathways across the green leading into town. 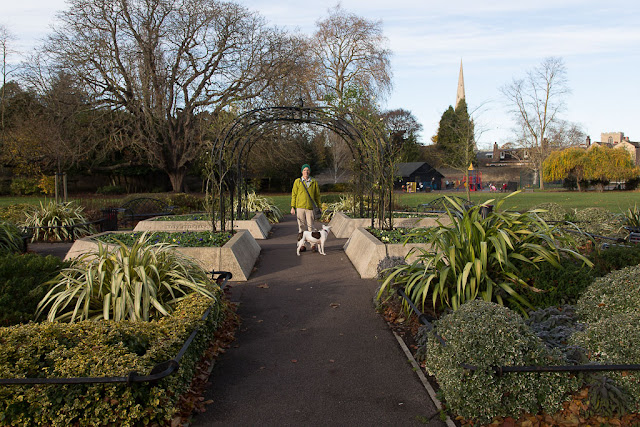 We walked toward the downtown market area and passed through a small park called Christ's Pieces, where this small rose garden had been established in memory of Lady Diana. I tried to pose with Olga, but of course she was distracted. 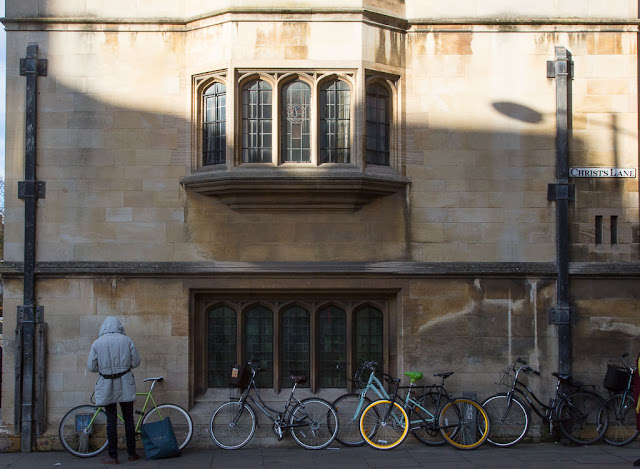 A lot of religious naming has gone on in this town -- as you can see, this small street is called Christ's Lane. We stopped for coffee at a Starbucks along this street, and I sat outside with Olga while Dave went for the coffee.

Olga walked toward an Arabic-speaking man at an adjacent table, and got no closer than about four feet when the man muttered "Excuse me" to me, and waved her back with his hand, sneering. He was sitting with a pile of taped-together luggage and speaking volubly on his phone. I try to be considerate of the fact that some people don't like dogs, and I know from my time in Morocco that dogs are not looked kindly upon by some Muslims -- but still, that sneering expression really annoyed me. I pulled her back but said, "She won't hurt you, and she's not that close to you."

Was I culturally insensitive? Probably.

And then Dave emerged with the coffee and no sooner did he sit down than workers with a jackhammer started up in front of an adjacent shop. We beat it out of there. 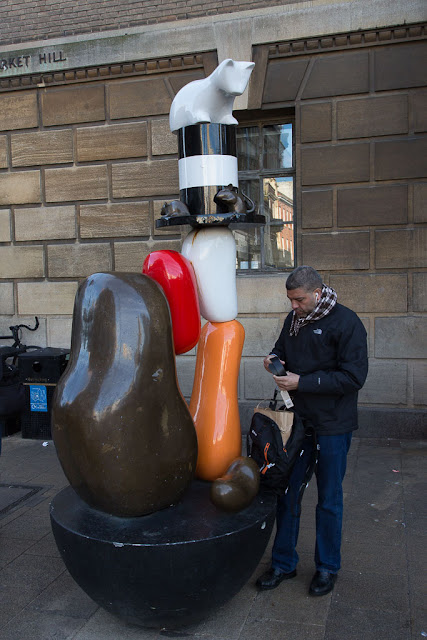 We went to the town's outdoor market, where I found this very peculiar sculpture. It was erected in honor of a guy named Walter "Snowy" Farr, who apparently used to dress in eccentric costumes and raise money for charity in this area. Here's a page about him and the sculpture. That is not Snowy Farr in my picture -- it's just some guy who insisted on standing there while I took it.

I found an interesting book of photography by Lynne Cohen at a used-book vendor's table. The photos all depict stark, rather peculiar interiors. It's very weird. 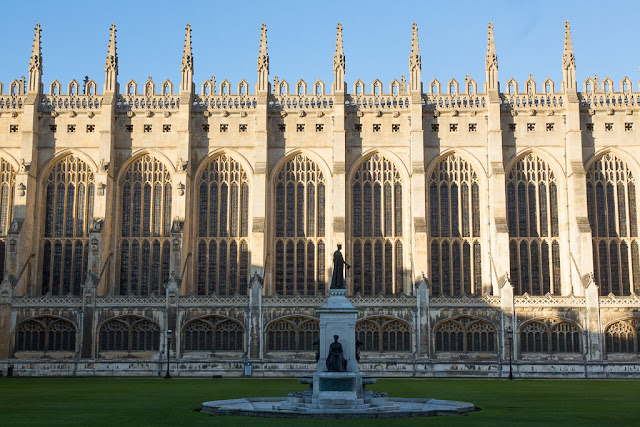 We walked a bit more and then ducked into a restaurant called The Senate, near King's College, for lunch. We were so happy to find a place where Olga was welcomed inside, because it would have been awfully chilly to sit out for our entire meal. We ate, and then Dave and I took turns visiting the gothic King's College chapel across the street. 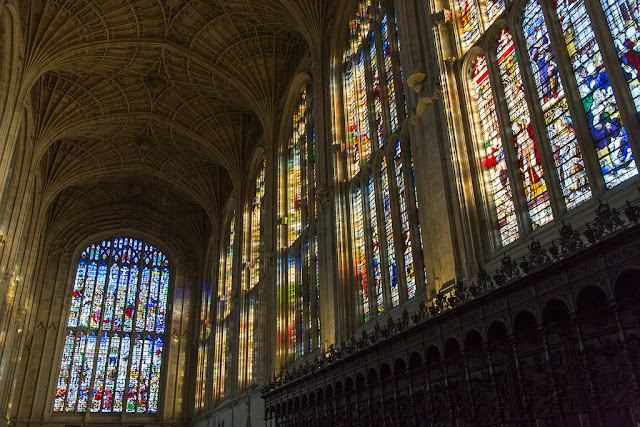 The chapel was begun in 1446 and completed about a hundred years later, with stained glass windows dating to 1531. It's a huge, soaring space with an ornate ceiling and, on a sunny day, an ethereal glow from all that glass. Evensong services are still held there, and Dave and I might have attended one if not for Olga. Oh well -- I'm just glad we got to see the interior. 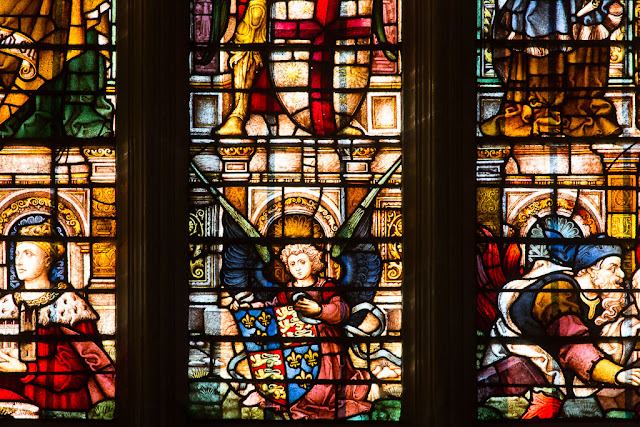 With that we walked back to our hotel and had dinner -- partridge for me, and fish for Dave. This morning we'll be back on a train to London!
Posted by Steve Reed at 6:56 AM