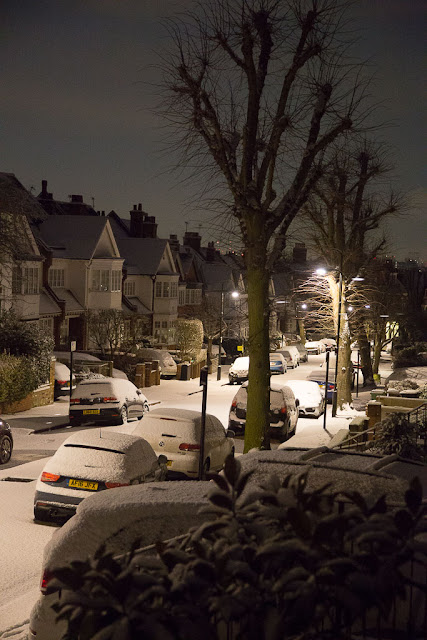 As you can see, the "beast from the east" is still with us, and apparently we got more snow overnight. When I went to bed there was only the mildest dusting, despite snowfall during the day -- as I expected, it didn't stick. But then we woke to this! 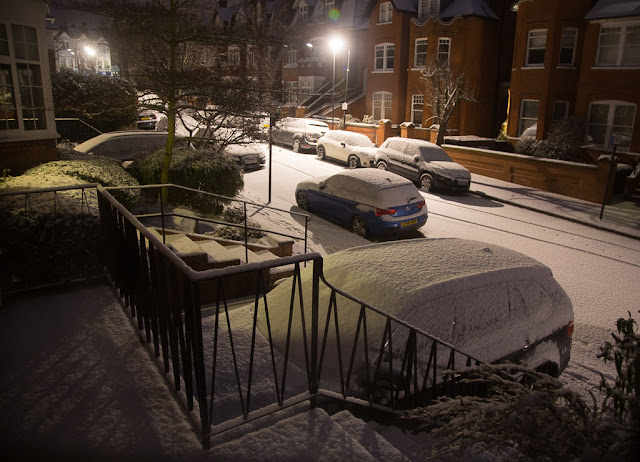 Definitely not what we're used to, and as I understand it, we'll be getting more. There's a weather system called Storm Emma -- for some reason The Guardian is obsessed with the fact that the Portuguese weather service named it -- due to arrive tomorrow and Friday, bringing "blizzards, gales and sleet."

I wonder if we'll get a snow day? We've never had one as long as Dave and I have worked here, but allegedly the school has called them in the past. I know the kids are clamoring for one.

In other news, while I was at my mom's in Florida I retrieved some of our family home movies to have them digitized. I also picked up two old cassette tapes, one of my brother talking about colors when he was baby, and one of me reading about cacti when I was 7 years old. These were recorded in 1973 or so, and I wasn't sure they'd even still work, much less be convertible to digital format.

But I gave them to the media guys at work, and they did their best -- et voila!

It's a bit garbled at the beginning. I'm talking about an illustration of a bunch of different cacti in my red New World encyclopedias, which my parents had just given me. I was entranced by that picture -- the whip-like ocotillo with the red flowers, the barrel cacti, the tall saguaro with the gray-and-pink gila monster lurking beneath. Things gradually become a bit more clear as the recording runs. My mom is there too. I don't expect you all to listen to it, really -- I'm putting it here on my blog mainly as a way to store and easily find it myself -- but feel free!
Posted by Steve Reed at 6:33 AM