A Triumph, and Two Indiscreet Insects 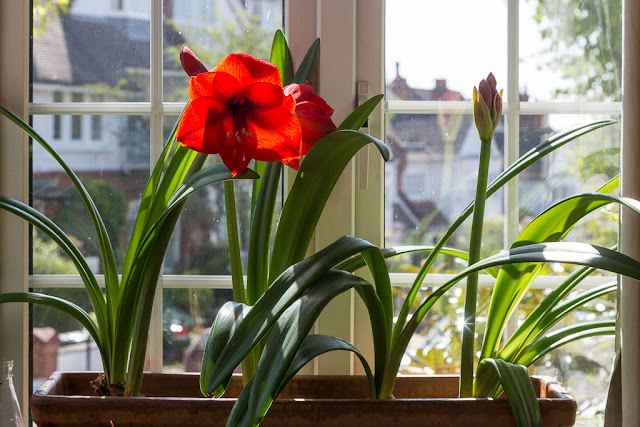 Here's my big gardening success story for today. Remember how terrible our amaryllis looked last year? They had a type of fungus, and we didn't get a single successful blossom -- just a bunch of twisted leaves and dry flower buds. I read up on how to treat the problem, and last fall I soaked the bulbs briefly in a weak chlorine solution, stored them loose and dry over winter, then repotted them a few months ago with fresh soil and sprayed them with an anti-fungal agent.

Voila! Mission accomplished. I really thought I was going to have to throw out these bulbs, which we've had for eight years, so I'm glad I could get the situation back under control. I'll probably have to treat them each year from here on out. The fungus apparently never goes away entirely. 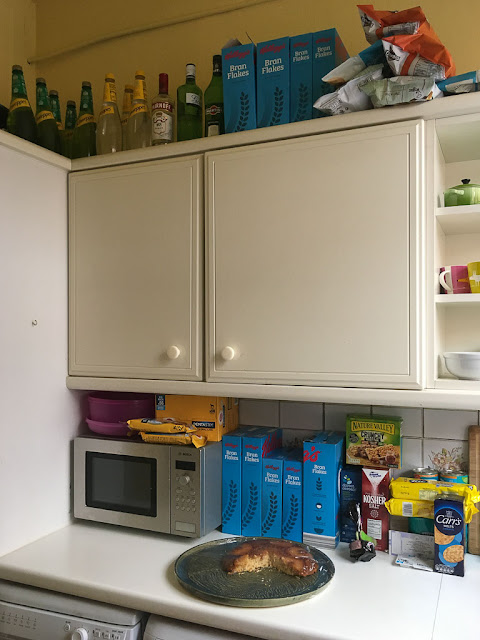 Here's another success story, of a different sort. We've tried several times to get groceries delivered, but we were never able to get a delivery slot -- demand is through the roof because no one wants to brave a grocery store. Then the online grocer we usually order from -- Ocado -- sent Dave a message saying they had slots set aside for long-term customers. So he grabbed one and stocked us up on staples. Our kitchen looks like Costco at the moment, but we won't need to buy bran flakes, tonic water, ginger ale, Dentastix and a lot of other stuff anytime soon. Which will make my shopping trips easier.

That's Dave's pineapple upside-down cake on the counter, BTW. He made it a few nights ago after we talked about ways to use our canned pineapple. Terrific!

Here's some of what's going on in the garden: 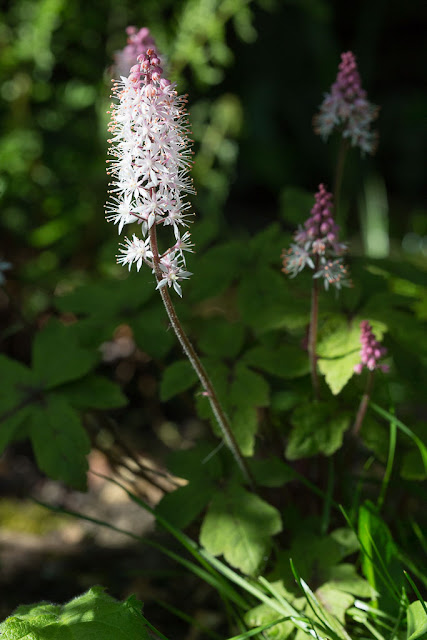 Our foam flowers are blooming. They're small and somewhat inconspicuous but I like them. 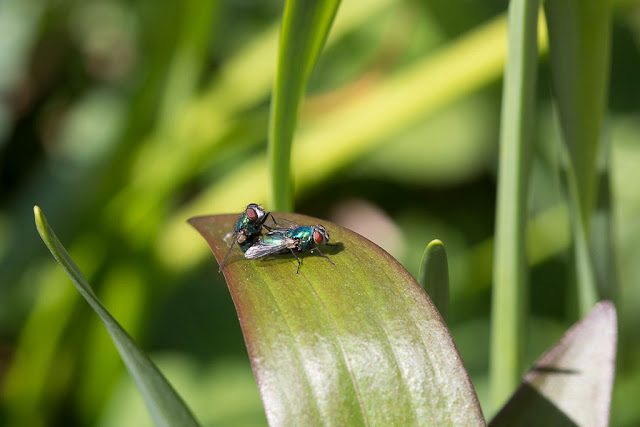 Fly sex! Do you suppose these are the same flies I posted yesterday? Maybe that was their first date. You gotta move fast when you're a fly. 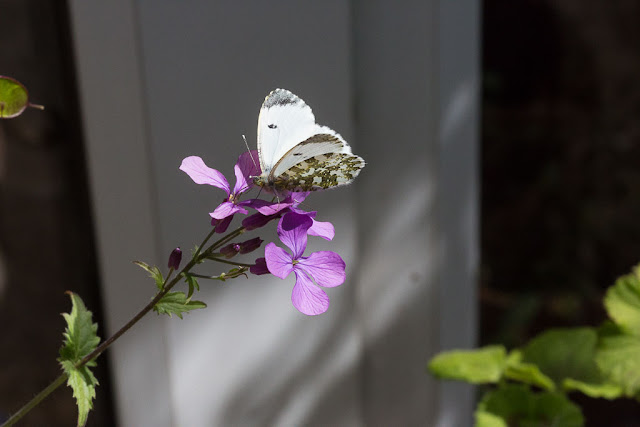 The honesty attracted a cabbage white butterfly, which makes sense -- apparently it's in the brassica family, so it's related to cabbages and broccoli and other plants that cabbage whites like.

I think I mentioned before that our local council has a phone app that allows us to report litter problems. I love this app. On Tuesday I reported a discarded tent that had been lying beneath a tree on our street for weeks. It was gone within half an hour! Amazing, and kudos once again to the trash collectors, who are still working while the rest of us are cooling our heels.
Posted by Steve Reed at 7:20 AM