A Chapel of Pilates 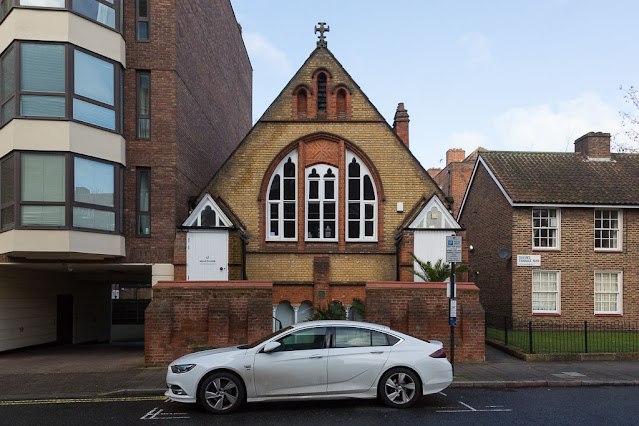 I came across this odd little building when I was walking around St. John's Wood a couple of weeks ago. It looks like a former church or chapel, or perhaps a vicarage, doesn't it? Apparently it's now a pilates studio. 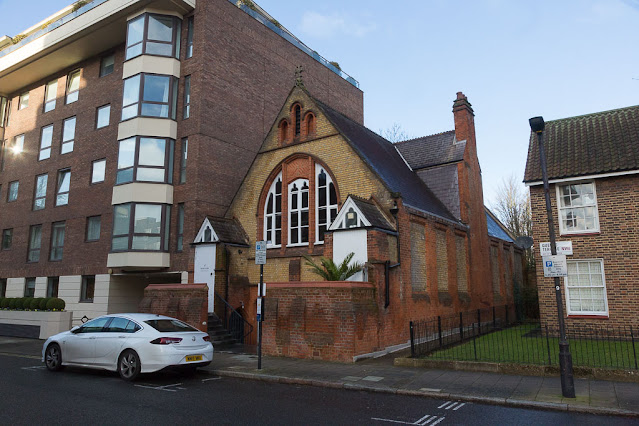 I tried to look up some information about it both through Google and in a couple of local history and architecture books, but I couldn't find anything. So who knows. Maybe it was just meant to look ecclesiastical. A fireplace on the side wall seems unlikely for a church, doesn't it? 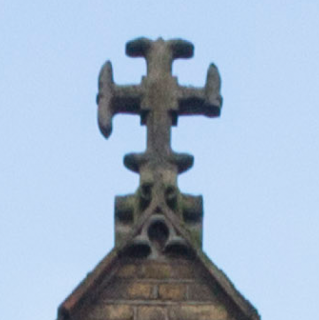 There's a cross on the roof, but it's sort of nondescript.
I was back at work yesterday morning, and I spent the afternoon here at home trying to get this place organized. I've said this before, but living so intensely at home during a lockdown quickly makes a house pretty messy -- and it's even worse in winter, when we're indoors all the time. The floor always needs vacuuming. I do the dishes, and then before I hang up the wet dishcloth, there are more dishes. The bed, even when I make it, is perpetually unmade.

And the clutter! We have bags of stuff I want to take to a charity shop, but none of the shops are open, so it's all just sitting in a closet. And half of the potted plants from the patio are inside with us, jamming up the space even more.

In a fit of organization I took the Christmas lights off the avocado tree yesterday and put them away. But now, sitting here in the dark with the rain pattering outside, I miss them!

Have you seen the news about San Francisco changing the names of many of its schools? It's not a done deal, but they're thinking about it -- they want to eliminate the names of anyone or anything with connections to slavery or racism. While that seems a noteworthy goal, it unfortunately means virtually all of the founding fathers and other former presidents, not to mention Spanish missionaries, military fortifications like the Presidio and even, weirdly, Sen. Dianne Feinstein. Abraham Lincoln is targeted because, while he freed the slaves, he led the government at a time when Native Americans were being slaughtered out west.

Now, this seems pretty extreme. Even other liberal-minded people think it's going too far. Basically, they're facing the same problem I'm facing in making my list of problematic books -- where do you draw the line? What's tolerable as an artifact of history, versus intolerable as a perpetuation of a racist system? And if you expand the impeachable offenses to sexism and homophobia, well, that condemns practically everyone before about 1960. A zero-tolerance approach sounds good, but employ it too stridently and you quickly wind up with erasure, which carries its own risks.
Posted by Steve Reed at 7:22 AM