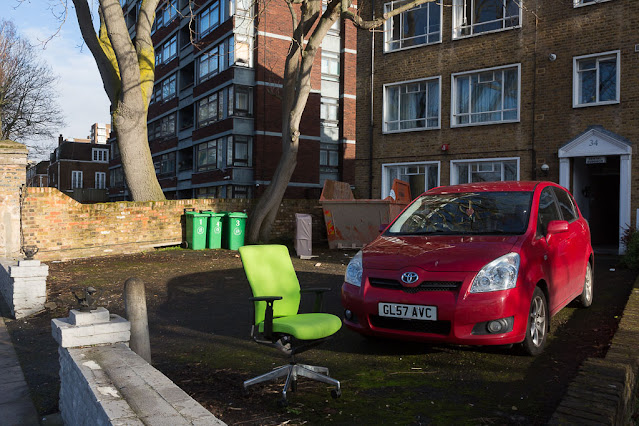 I'm trying very hard to limit my intake of news, particularly from the right-wing sites, as it's all so upsetting. But it's hard to turn away, isn't it? What's happening in Washington is tragic but it's also riveting.

I have mixed feelings about trying to remove Trump from power at this late date. I agree that he's dangerous and I'd like to get him away from the nuclear codes as soon as possible. But I fear invoking the 25th amendment and/or impeaching him again will simply make him even more of a martyr in the eyes of his deranged followers. It will add to the mythology that he's some kind of savior campaigning single-handedly, against all odds, to save the country from pedophiles and Satanists. (As one of my former coworkers used to say, "You gotta laugh to keep from cryin'.")

Anyway, I don't really want to go down that rabbit hole this morning. I'm exhausted. It's funny -- I knew that protest was going to be wild, and I was prepared for it. But seeing the Capitol building breached in that manner has left me literally shaking, and hearing all the lies and deflections ("It was ANTIFA!") is even more infuriating. (It's funny how right-wingers are always going on about personal responsibility, but when it comes to their own responsibility they quickly blame someone else.)

Not to trivialize them, but these Trumpers are like annoying little brothers who keep punching you in the arm, and when you say "He's hitting me!" to your parents, little brother says, "Nuh UH! It wasn't me! I didn't do anything!"

Except, of course, that they're a hundred thousand times more dangerous.
And see? I'm going down that rabbit hole. Note to self: STOP!

I spent all of yesterday at home. I need to go do something productive but I'm a bit at a loss. I've walked all the neighborhoods around here and I'm just not that excited about doing it again, and yet, I don't want to get on the tube or the train. Conundrum.

On the positive side, I'm reading Becky Cooper's "We Keep the Dead Close," and it's a fascinating, absorbing book. It helps immensely to have something good to read. 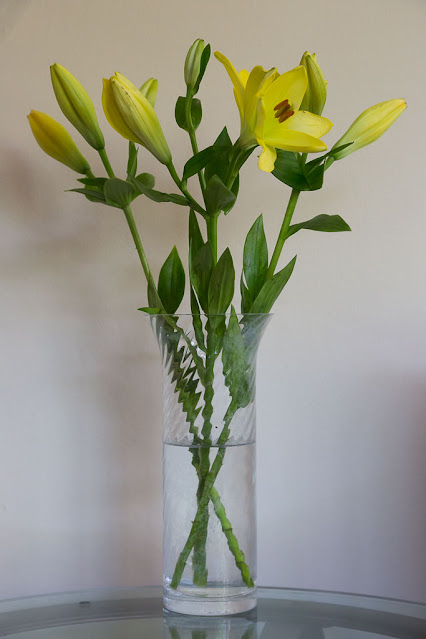 When I was at the cemetery with Olga several days ago, I found some unopened lilies on the ground next to a trash bin. I have no idea why someone would discard them -- maybe they came in a mixed bouquet and the buyer didn't like lilies? Anyway, I picked them up and brought them home, and now they're blooming.

I also haven't taken our Christmas lights off the avocado tree. I might just leave them up, at least through the winter. They're cheery and frankly, I need that now!

(Top: A colorful scene off Finchley Road.)
Posted by Steve Reed at 6:42 AM