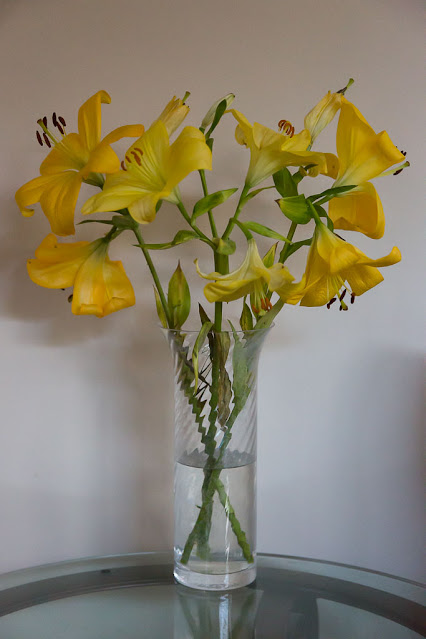 The lilies that I found in the cemetery are beginning to fade, but look how well they bloomed! Every bud opened but one.

Yesterday was nothing to write home about. Another quiet day in the library. And I just can't bring myself to talk about politics.

So let's talk nostalgia instead.

A few weeks back, blogger Tasker Dunham wrote about posters. Most of us probably plastered our bedrooms with them when we were young. In my day, Farrah Fawcett was the must-have poster; in fact, my step-brother had that image on a t-shirt, I believe.

I never had Farrah myself, but I remember pinning up a glamorous picture of Rachel Ward in a blue dress with a plunging neckline. (I suppose I was trying to convince myself that I was straight. I think I just liked the dress.) I can't find the image online now, unless it was this Cosmopolitan cover from 1979 -- but I don't remember it being that revealing.

Anyway, I thought I'd stuck the Rachel Ward picture into one of my childhood journals. But when I looked yesterday, I was surprised to find I didn't save Rachel's picture at all. Instead I saved... 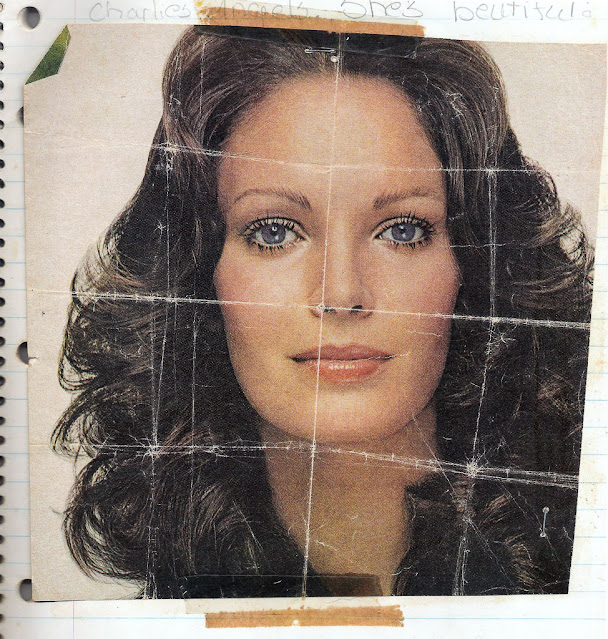 ...Jaclyn Smith. Who I was also quite taken with. (As you can see, I proclaimed her "beutiful." So much for my spelling.) She did have really good hair. I'm not sure why she's all folded up. Maybe I took her to school. 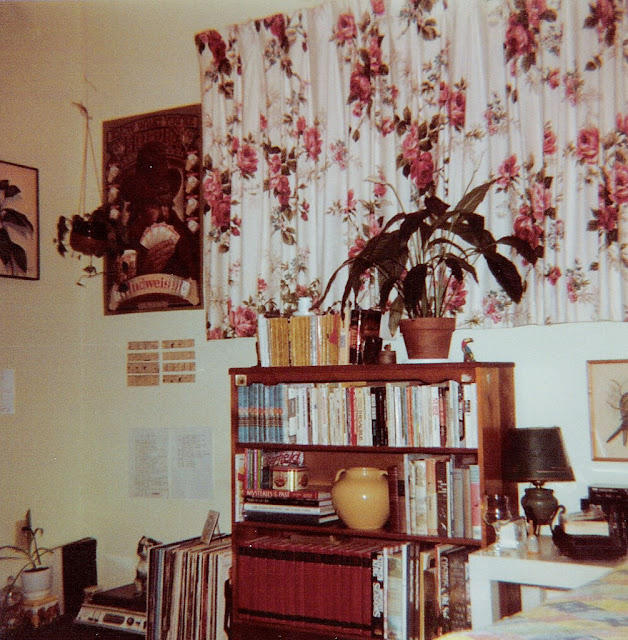 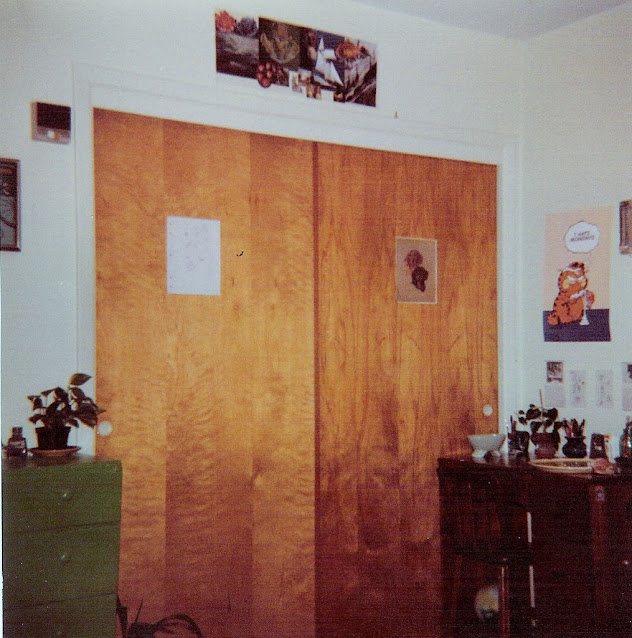 These are the only pictures I have of my childhood bedroom, c. autumn 1983. As you can see, I had a Garfield poster, and a Budweiser poster of some Old West cowboy. (I collected beer cans at the time, so I had a lot of beer paraphernalia hanging around, even though no one in my family drank much beer. It was a very '80s thing to do.)

I made that collage over the closet door, and I pinned up lots of comic strips -- mainly Peanuts and Garfield. I don't remember what the written pages are above my crappy plastic stereo; I think they're lyrics to a song. Probably something by The Fifth Dimension, who I loved.

It's funny to look at these images now. It's like another lifetime. I still have that big round beige vase in the middle of the bookcase, as well as the tin box to its left and the bookends on the top. In the second photo, there's a rock from the Grand Canyon on my desk at far right; I still have that, as well as the needlepoint made by my stepmother hanging above the dresser, which you can just barely see. Otherwise all that stuff is long gone.
Posted by Steve Reed at 7:02 AM

"Rifles for Watie" by Harold Keith