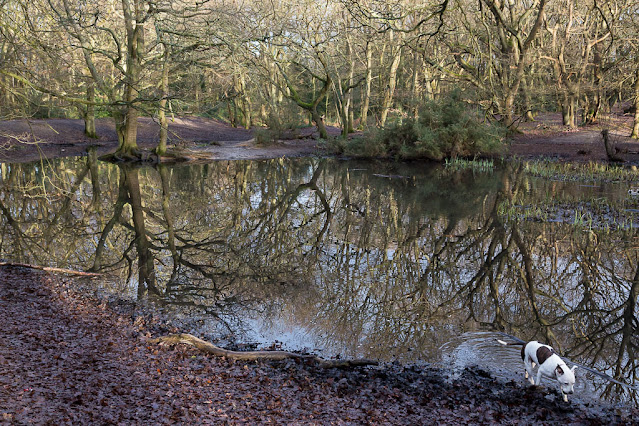 Yesterday = another day on the Heath with Olga. We even had some sunshine, which was a welcome change. I enjoyed the long wintry shadows and the light on the bare trees in the forest, while Olga, who is apparently part polar bear, enjoyed a dip in the pond.

Consumed by her usual squirrel-hunting frenzy, she managed to lose not one but two tennis balls. She's becoming scatterbrained in her late middle age. I don't even take her Kong with us on walks anymore. Tennis balls are lighter and more easily replaced.
Let's see -- what else happened yesterday? Oh, I finished all my New Yorker magazines. Woo hoo! I can finally begin reading books again. Next up I have a couple of graphic novels, Alice Oseman's "Heartstopper" and Mike Curato's "Flamer," as well as another Newbery book, "Moon Over Manifest." Once those are done, I'll move to "We Keep the Dead Close" by Becky Cooper, a true-crime book about a murder at Harvard University in 1969. 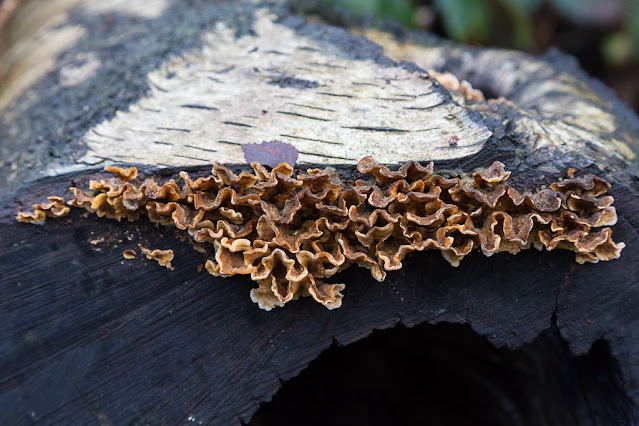 On TV, Dave and I have been watching "Halt and Catch Fire," about the early days of the development of personal computers in the 1980s. (We can never remember the title. We just call it "Computers," or some spontaneous adaptation of the real title like "Explode and Stop Computing.") I like it, although Dave is less taken with it. He thinks there's too much time spent on the people and relationships and not enough on the computers. I tell him, "It's called character development."

Anyway, it's made me think about the first personal computer my family bought back in the early '80s -- an Apple IIe with a dot-matrix printer. By that time, I'd already learned some programming in BASIC in school, using TRS-80 computers from Radio Shack. (Our middle school class named our computer "Calfitzmus" -- in fact, there's an old newspaper article from 1978 about us here. I'm in the picture, crouching next to the desk.) So I could use BASIC on the Apple IIe as well, but I could never do anything super-sophisticated. I did write my own atlas, with articles about each country and depictions of the flags in varying shades of green (the only color our computer monitor could produce), as I've mentioned before.
We also had some rudimentary games and programs, like "Eliza," who was supposed to be a therapist who could engage you in conversation. Being a typical teenage boy, I used to amuse myself by saying obscene things to Eliza.

Anyway, as you can see, the show has prompted some fun trips down memory lane.

Oh, and once again, I've buried the lede -- we're not going back to school on Jan. 11 as initially planned. At least, the students aren't. I'm not sure yet what I'm doing. The kids will be learning remotely until the beginning of February, as London works to lower its coronavirus infection rate.
Posted by Steve Reed at 7:39 AM