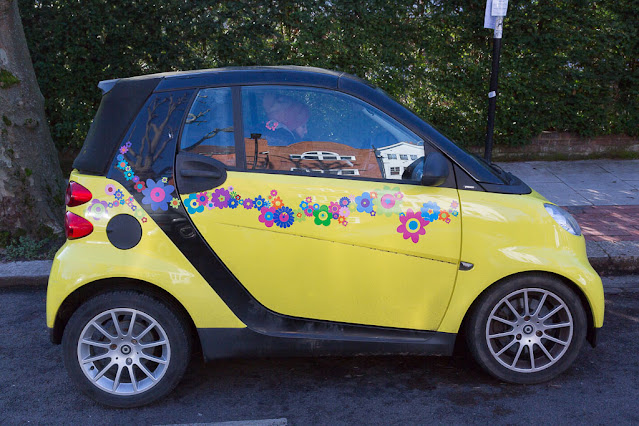 Olga and I took our usual walk to the Heath yesterday, and we passed this groovy little car in Hampstead. The flowers are very Scooby Doo, aren't they? It's a Miniature Mystery Machine. I stopped for a picture and only belatedly realized there's someone IN the car. I think she was unaware of me -- either that, or she's looking down at her phone because she's calling the police. 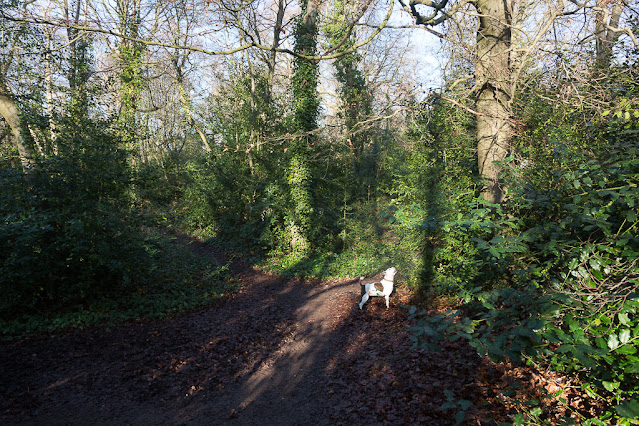 Olga, as usual, spent most of her time barking up at the trees.


I tried to get a good video of her catching her ball. It always surprises me how neatly she can clomp it in her jaws in midair. Most of the time, anyway.

Then we came home and I had the bright idea to try to update my iPhone. It's been giving me messages for ages that an update is available, but the last time I tried, it said it had to be plugged in to my computer first and I just got sidetracked and never followed through.

So I plugged it in, started the update and about halfway through, it stalled. I got an error code meaning that my computer needed to be updated first, and before I did that, I needed to make a backup using Time Machine. My computer's operating system is several generations back (OS X El Capitan 10.11.6) and I couldn't even find Time Machine. I decided I wasn't in a position to immediately pursue that, but meanwhile, the phone had been corrupted by its partial update and would no longer work.
(I was swearing this whole time, by the way.)

I decided to try to restore the phone, which would wipe out all my contacts and pictures and everything else, but I have all that stuff backed up so it doesn't matter. When I hit "restore," though, I got this:

Basically, it's the same problem. The computer needs to be updated before it will restore the phone.
So now, my phone is dead. My question is, WHY DID IT BEGIN THE UPDATE without making sure the systems were compatible enough to go through with it?! (Yeah, I know -- I could ask myself the same question.) I'm usually wary of doing updates, and this is why. Invariably something goes wrong.

Dave suggested we just buy a new phone, but I said, "NO WAY!" I am NOT rewarding Apple by dumping £500 (or however much they are) on a new phone when my old one was just fine. It's not even that old. Three years, maybe? My computer is older -- I got it in January 2016.

I could take the phone to work tomorrow, plug it into my work computer -- which has a much newer operating system -- and update or restore it there. Hopefully that would at least give me a functioning phone. But it wouldn't solve the underlying problem of my antiquated OS on the computer.
So I suppose I should find Time Machine, do a backup, update the computer (which will probably take hours, ugh) and then do the phone. I'm not sure I can do it today because I'm not sure I can back up to my external hard drive without erasing everything already on it. I may need a new external disk.
Argh! Technology!
Posted by Steve Reed at 7:12 AM