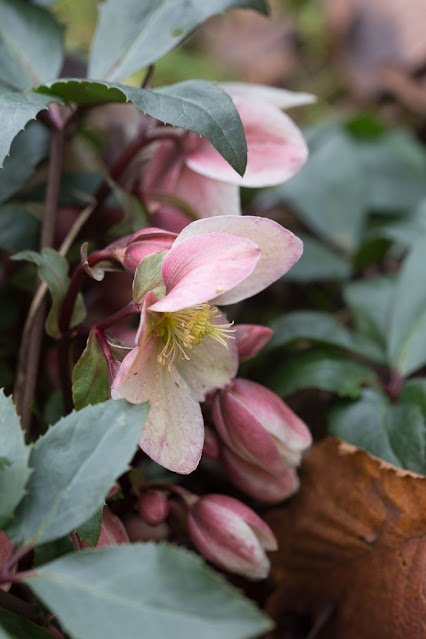 Among the few flowers blooming in the garden right now are the hellebores. We have two of them, a pinkish one... 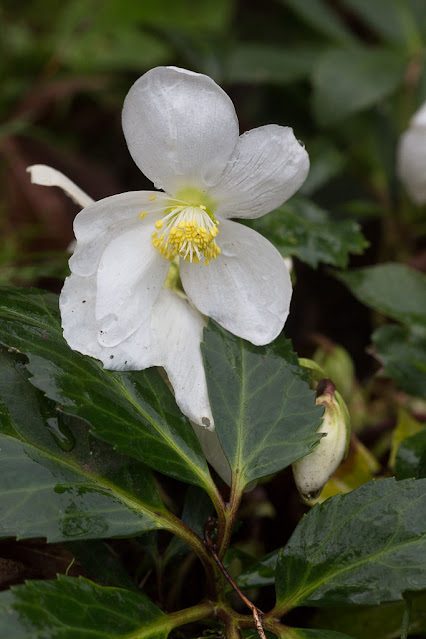 ...and a white one. The white is new this year -- Mrs. Kravitz gave it to us last spring when it was part of a haul of free plants she obtained from our local garden center, which was closing due to Covid. We put it in the ground by the bench in the back of the garden, and it looks like it's happy there.

I stayed pretty busy in the library yesterday morning, putting away some holiday decorations, scanning research materials for students, updating my Newbery blog and having a Zoom meeting with all my fellow librarians (who are mostly working from home). My current Newbery book is "Rifles for Watie," a novel from the late 1950s about the Civil War years in the Kansas and Oklahoma territories. It's good so far and seems quite scholarly for a Newbery book, and yet it has enough homespun dialogue and language to capture the time and place. One character was described as "hungrier than a woodpecker with a headache," which I thought was pretty funny.

I came home around lunchtime and in the afternoon a workman began power-washing Mrs. Kravitz's patio. The machine he was using sounded like it weighed six tons and was the size of a diesel truck engine. It went on for about two hours. I suppose I should be happy that she's such a tidy neighbor, but I was about to go crazy by the time he finally stopped at dusk.
Posted by Steve Reed at 6:11 AM