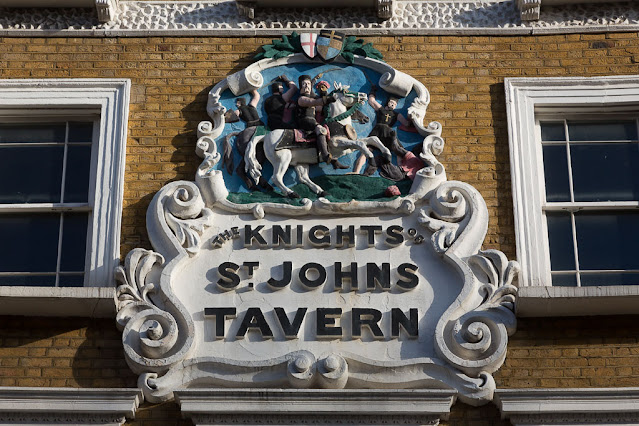 Yesterday morning, with the election results in Georgia looking so promising, I set out in a good mood under an intermittently sunny sky to walk to work. I wanted to take some stuff back to my desk and get ready for next week. I didn't really need to go, but I DID need to get out of the house and walking to work seemed as good an excursion as any.

I passed this old pub in St. John's Wood. It's no longer a pub, but someone is still maintaining that beautiful old sign. 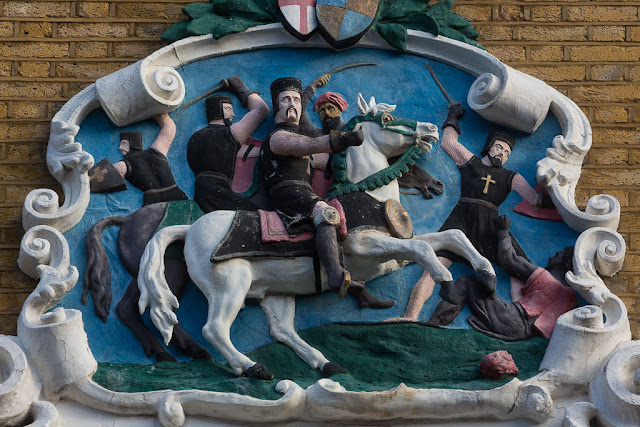 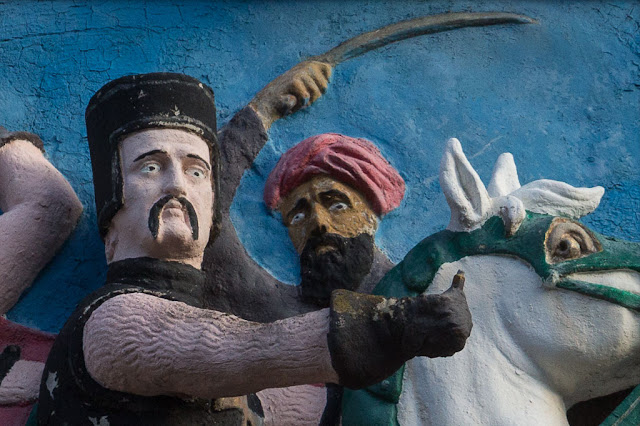 I think this knight may have once held an outstretched sword, but it's missing now. The horse looks justifiably worried.

I'd planned to blog these images today even before what happened yesterday afternoon in Washington. I'm going ahead with them even though they now give me the willies. Like the crusaders, Trump's "true believers" are marching and invading and doing violence to impose their delusions on the rest of us. (I feel like the horse -- worried.)

We all knew that protest was going to get crazy, but I never imagined the protesters would gain access to the Capitol building. HOW?! Seriously, two decades after 9/11, in a building that should be one of the most secure in the world, we had these Q nutjobs roaming the halls and sitting in Nancy Pelosi's chair?! HOW was the building so vulnerable?

I'm sure the police were doing their best to de-escalate the situation, knowing that the protesters were likely to be armed. But still. We needed a harder line, and we need to know how security failed.

And then there's Trump, who just gets more monstrous by the day. He egged on his deranged supporters and fanned the flames. He bears responsibility for all of this. He bears responsibility for that dead woman and the damage to the building, and even in his half-hearted video urging people to go home (too little too late) he repeated his baseless lies about a rigged election. The man is a disease. He is a carbuncle on the face of Democracy, a tumor in our collective heart, a cancer in our collective brain. None of us are safe until he's gone.
Posted by Steve Reed at 7:23 AM