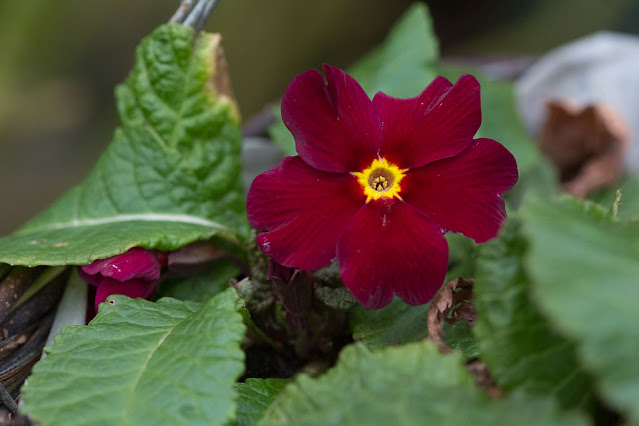 It's pretty darn wintry out there now, with temperatures below freezing, but the primroses are still plugging away with new flowers. Persistent little devils! This one's in a hanging basket in the back of the garden; we have several others on the patio, all in flower.

We still haven't had any snow yet this year. Nothing more than flurries, anyway. I'm not necessarily lamenting that fact, just stating it for the record.

We have some work to do in the garden -- trimming ivy, clearing dead stuff from the wildflower bed, pruning all the roses. But it still seems a bit early to do it, so we're holding off for now. I think we need to get to the roses soon, though. As I recall, last year we waited until February -- supposedly the ideal time -- and by then many of them were already putting out new growth. 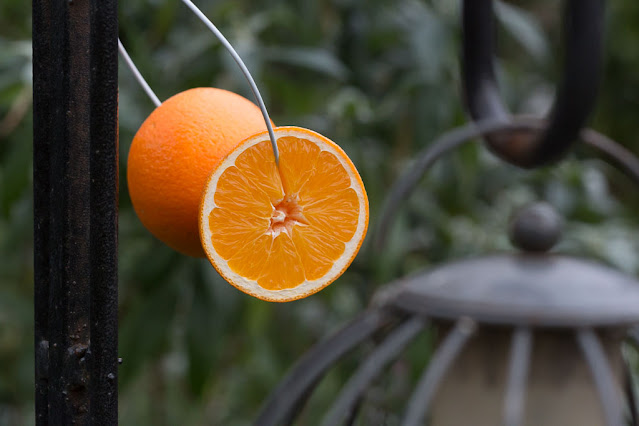 This is the orange that I suspended from the bird feeders several days ago for the ring-necked parakeets. They haven't shown any interest in it. Maybe they don't eat oranges (unlike the Nanday parakeets I photographed in Florida a couple of years ago).

An orange in this climate is a pretty alien thing. Maybe they don't even know what it is? 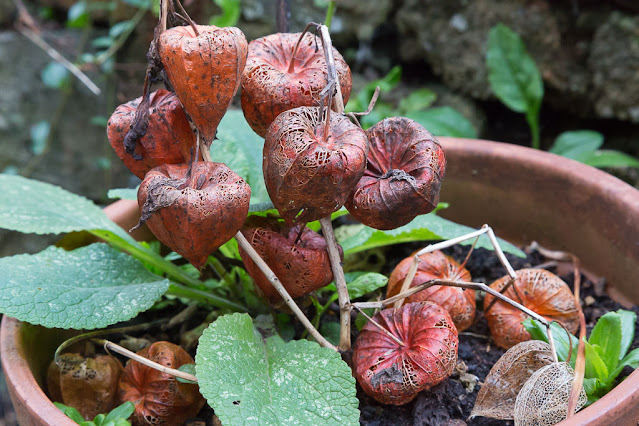 The newer Chinese lantern is a shadow of its former self, its lanterns slowly breaking down.

I don't think I left the house and garden at all yesterday. I didn't even open the front door except to put back our bins after the trash collectors came in the morning. I stayed in my pajamas and mostly read.

Did you see that Twitter permanently suspended Trump's account? Finally! That's got to be a punch in the gut to him. Of course, he can just go to Parler or wherever his lunatic fringe is these days, and I wonder whether it's better or worse to have them all segregated in another virtual space where they can get up to mischief away from the eyes of those of us in the mainstream. Like naughty children, you kind of want them where you can see them.

But still, I applaud Twitter's move. I'm sick to death of Trump's tweeting. (And I'm not even on Twitter myself.) 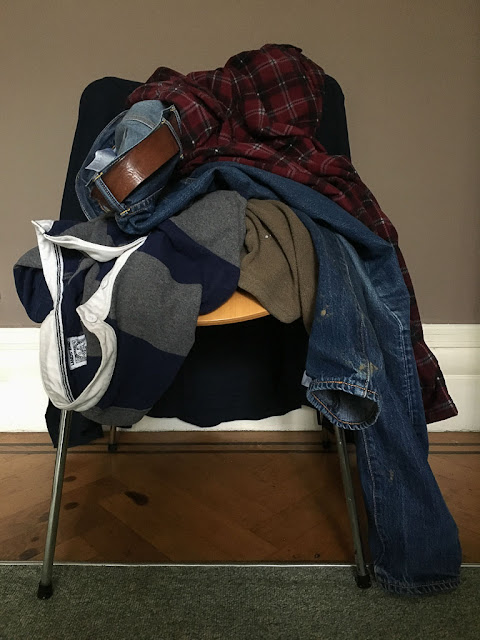 This is the chair in our bedroom. Dave and I disagree on what this chair is for. I think it's a place to sit when we put on our socks. Dave thinks it's a place to leave lightly worn clothes that are too clean to throw in the wash but too dirty to hang back in the closet. As a result, it often looks like this. Frankly, it makes me crazy, but I have learned to sit on the edge of the seat with the clothes behind me, so we can both use it for our stated purpose. The compromises of marriage, right?
Posted by Steve Reed at 8:00 AM