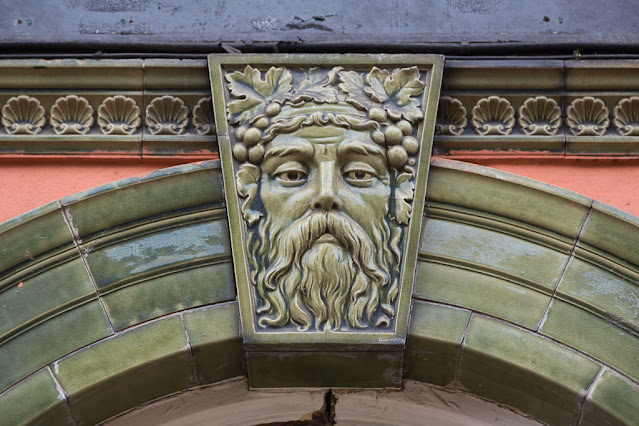 I had weird sinus headaches on Monday night and Tuesday morning, so out of an abundance of caution I didn't go to work yesterday. I wanted to be sure they weren't an early symptom of Covid. But they never turned into anything more substantial, fortunately, and I don't have any of the symptoms that would trigger the need for a Covid test (cough, fever, loss of taste or smell). So it's back in the saddle for me.

I did manage to get some things done yesterday. I finally got our amaryllis bulbs put away for the winter. I mean, winter's already half-over, right? I would have done it sooner but those bulbs just would not go dormant. I stopped watering them weeks ago and they stubbornly held on to a few remaining green leaves until this week. Anyway, I took them out of their pot, treated them for red blotch fungus (with a mild chlorine bleach bath) and put them in a box in the shed. I'll pot them up with fresh soil in a month or so.

I also took a little walk around the neighborhood, just to get outside, but I didn't take the camera. I took these photos on my walk on Tuesday. They show some beautiful old tiles on the outside of a former pub on Cricklewood Lane. Unfortunately the building itself isn't as attractive. 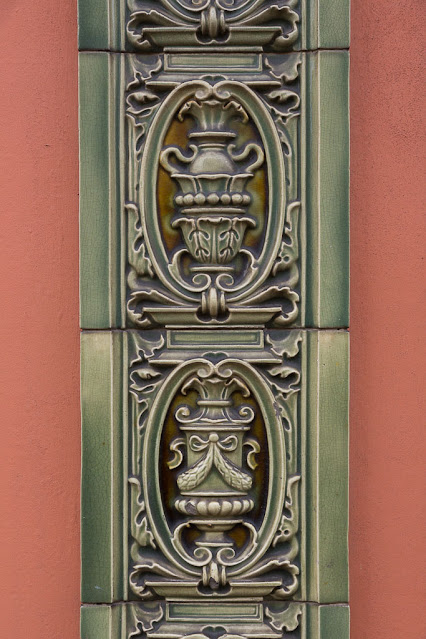 I've been working on a library project, listing all the books that have come under fire for containing racist or otherwise problematic content. I guess the plan is to attach a note in the catalog that will put some of those concerns into context. For example, the extensive use of the N-word in "Huckleberry Finn" -- we could just warn kids that the word is there as an antiquated term typical of the era (in what is otherwise considered to be an anti-slavery novel). Or "Gone With the Wind" -- we could tell the kids that it presents a heavily romanticized view of the Antebellum South, and is historically inaccurate in its depictions of slavery and Reconstruction.

As I've said before, I'm a little uncomfortable holding earlier works to the standards of our modern culture. But I'm also uncomfortable letting such issues go entirely unchallenged. Anyway, we're not quite sure yet what we're going to do with this information, but it's good to put it all in one place. I'm researching the criticisms online and linking back to sources where people can read more about them.
And now, off to get ready for work!
Posted by Steve Reed at 6:32 AM