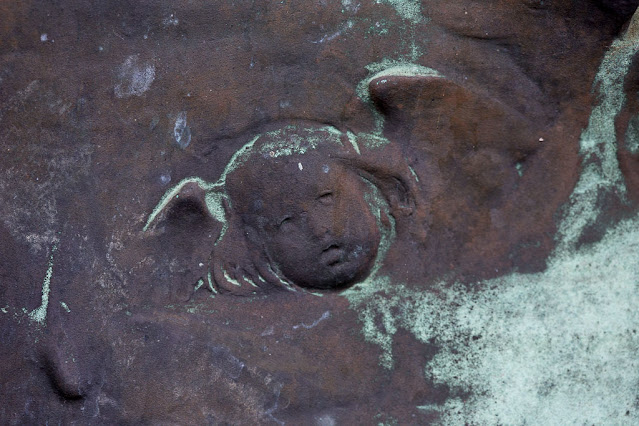 When I was at the cemetery with Olga on Sunday, we came across a grave that I've never noticed before. It has an elaborate metal (bronze?) plaque mounted on a granite headstone, featuring two angels holding swords and a verse from 1 Corinthians: "It is sown in weakness, it is raised in power." It seems to have been worn down over the years; this is one of the winged cherubs near the top of the plaque, just barely visible. 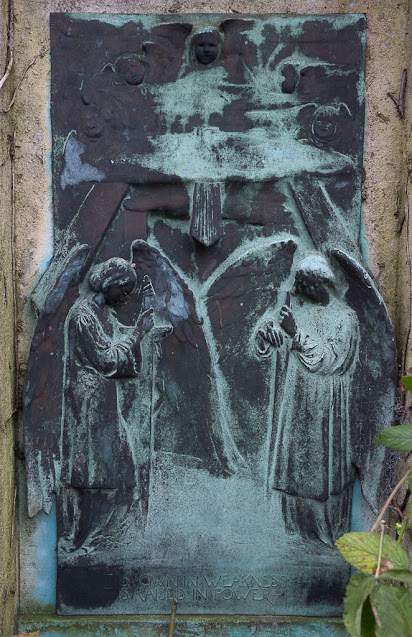 Here's the whole thing. It's kind of hard to see. I had a terrible time photographing it because it's partly engulfed in blackberry bushes -- in fact, I think that's why I've never noticed it before. Now that it's winter the bushes have died back enough to make it visible.

Work yesterday went better than I feared. Because the building is largely empty, I only saw about six people the entire day, and most of those were only in passing. My fears about being exposed to large numbers of people at this crazy peak-Coronavirus time appear to be unfounded. After today the chance that I'll encounter anyone will be even less; this is the last day for students to come in and collect materials for distance learning.

I mostly re-shelved books and talked (via Zoom) to my supervisor about projects I can work on in coming weeks. We're still not sure how to handle book checkouts or if it's even possible. I'm thinking I'll only work mornings in the library because the school isn't offering any lunch, and rather than pack my own I'll just come home and catch up on computer work in the afternoons from here. 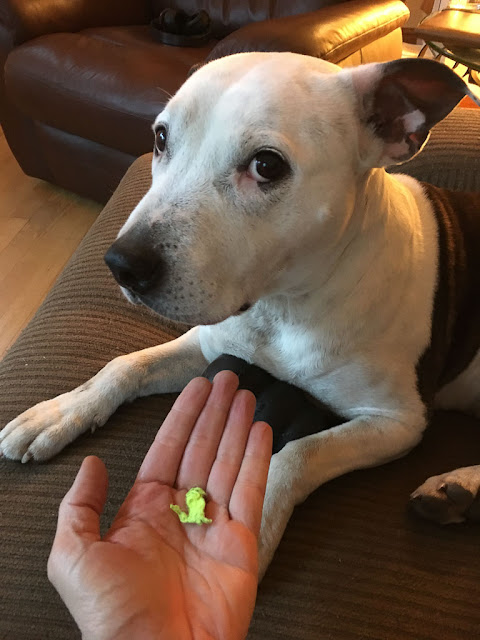 The other day Olga came home from her outing with the dog walker and bounded up on the couch as usual. I scratched her head and noticed she had something bright green in her mouth. It was this shred of tennis ball, stuck firmly in her front teeth! She must have torn one up while she was on her walk. Doesn't she look guilty?
Posted by Steve Reed at 6:33 AM