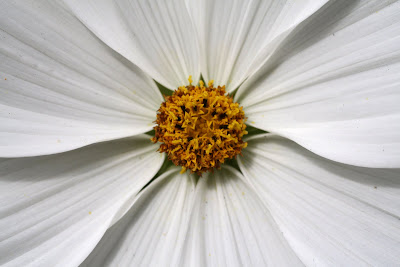 There was a fascinating article in The New Yorker recently about "entomophagy," or eating bugs. It's pretty well known that people in many cultures around the world eat certain types of insects, worms and grubs. This article examined the possibility of widening the appeal of entomophagy by bringing bugs into the Western diet.

Apparently some Westerners are already pretty comfortable eating them -- the article described, for example, a young couple in Los Angeles as they cooked and ate a whip scorpion. (To their knowledge, no one had ever eaten one before. The writer, who had sampled other insect-ish dishes, called it "far too much bug for me.") A chef in L.A. was shown going to extreme measures to get a certain kind of ant's eggs from Mexico, to serve them in his restaurant. A woman made chocolate chip cookies with crickets.

There is simply no way I'm eating bugs. Yes, I realize honey is excreted from bees. Yes, I realize there are undoubtedly bug parts in virtually every processed food we eat. But that's a far cry from whipping up a batch of mealworm flour or maggot grits, in my book.

I have always considered myself a fairly adventurous eater. But I realize now that's only within a relatively narrow, and largely vegetarian, parameter. I don't eat a lot of canned, frozen or otherwise prepared foods. Only since I met Dave have I started eating meat that I declined for years, like beef, pork and lamb. (I gave up my vegetarian leanings to allow him to more fully explore his culinary desires.) I still shy away from veal and lobster -- lobsters are simultaneously cute and big bugs, two qualities that kill my appetite for them.

Dave has asked me to consider eating organ meats, bone marrow, blood sausage, offal and all kinds of shellfish. So far I have mostly declined. I like scallops, but other mollusks seem pretty gross to me. And although I occasionally eat them, I'm not crazy about shrimp and crabs. It's that insect thing again -- I'm much more likely to eat a crab cake than a crab leg, for example, because it doesn't look like a crab. And I have never eaten whole softshell crab.

On the other hand, I can't think of a plant that I wouldn't try. I've happily eaten seaweed, marigolds, all manner of mushrooms, mysterious fruits and fibrous root vegetables. None of that bothers me.

I'm just naturally not a meat person. And bugs, as far as I'm concerned, are meat.

(Photo: A flower seen on my walk to Shepherd's Bush on Monday.)
Posted by Steve Reed at 1:14 PM

Just today I was eating cherries- I ate gobs! Rapidly- one of them tasted a bit off and the texture was wrong but I continued stuffing my face- I looked down briefly and saw the pips in the trash MOVING! I was consuming ear wigs! GAHHH!

I read that same article and was actually intrigued with the idea of throwing out my preconceived ideas about insects. I was especially struck by this new source of protein that might be all there is or all I can afford sometime in my lifetime. After seeing all the bugs for sale in the Thai markets last summer, I think it's time I explored this new food source. Be brave, Steve! Dave wouldn't lead you astray.

I'm another not-much-meat person. I'm fairly daring, having tried snake and lizard each once but bugs? I'd really have to trust the cook, which in your case is not an issue.

I'm enjoying catching up on your posts and glad that you're having a grand time. I hope Ruby and Ernie travel well.

Barbara: Bravo to you for being so open-minded. I just don't think I can do it. Besides, I think the article's assertion that this may someday be the only available protein source is flawed -- people can live well and comfortably without animal-meat protein. I lived for years on produce, grains, dairy and eggs.

E: Snake and lizard -- wow! I tried alligator once, when I was in high school, and I ate some exotic meat in Africa (impala and kudu). But yeah, if it were solely up to me to feed myself, I'd probably go vegetarian again.