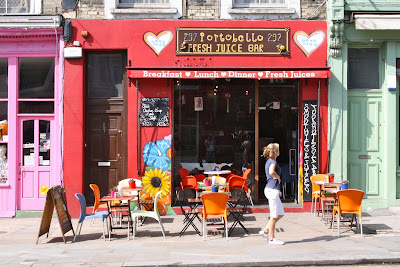 I'm reading "Twenty Thousand Roads: The Ballad of Gram Parsons and His Cosmic American Music," by David N. Meyer. I picked it up at a discount bookshop off Charing Cross Road soon after coming to London, when I knew I would soon need reading material.

I'm not particularly a Gram Parsons fan. Parsons, a composer, singer and guitarist, is usually credited with helping to blend country into rock music in the late 1960s as a member of The Byrds and the Flying Burrito Brothers. I have never liked country -- in fact it brings up a sort of instinctive revulsion in me, a product, I suppose, of growing up around and feeling threatened by redneck southern culture. About the only country I can stand is Patsy Cline.

But I'm bound to Parsons by a common link -- Winter Haven. It's the Florida town where I lived and worked in the late 1980s, and it's where Parsons spent his later childhood and his formative years in the early 1960s as a young musician. The newspaper where I used to work often treated Parsons as a hometown hero, following every posthumous twist and turn in his career. (Parsons, addled by substance abuse and addiction, died in 1973.)

A few years ago I bought one Parsons album, "Another Side of This Life," a collection of homemade recordings he made in Winter Haven in the mid-'60s. They're folky and don't suffer from the "twang" that makes so much country unbearable. I still have a couple of the tracks on my iTunes.

The book is a good read, if a little too comprehensive for someone like me who's not a Parsons fanatic. Its most salient message, I think, is how horrible substance abuse and addiction can be. Parsons came from a home that was rife with addictions and he was unable -- or unwilling -- to escape the same trap in his own life. I'm up to the early '70s in the book, a period when Parsons -- despite obvious talents and an association with some of the most powerful rock musicians in the business, including the Rolling Stones -- is relentlessly destroying his own career.

I'm learning a lot, too, about country and country-rock from that period -- the personalities and the influences. Pretty interesting stuff, but all I can think is, "Thank god I never did any hard drugs!"