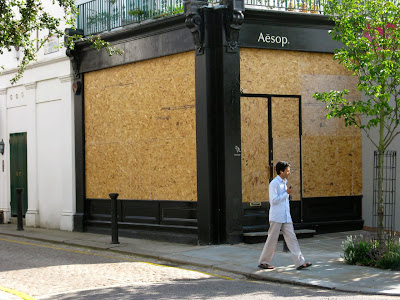 The unrest in our neighborhood quieted last night. Most stores were closed, and in many places boarded up, in the late afternoon and by dusk there were very few people on the street. I went out for a walk and saw numerous police officers, but other pedestrian traffic was much lighter than usual.

Even our local pub, the Earl of Lonsdale, which normally features a buzzing beer garden on summer nights, was shut tighter than a drum. 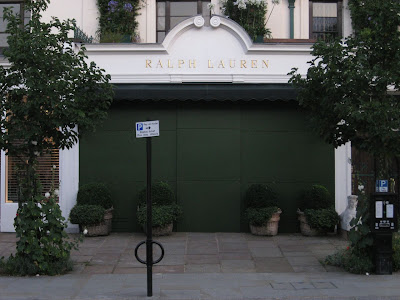 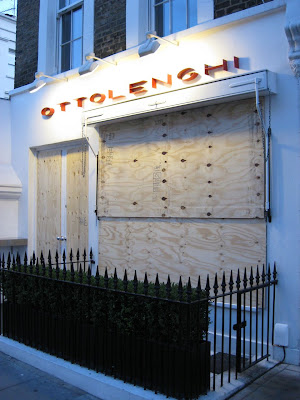 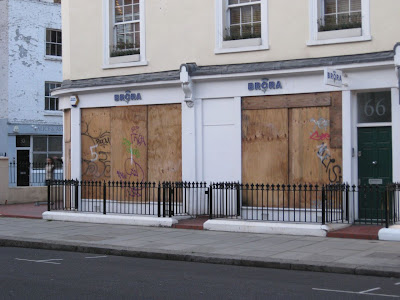 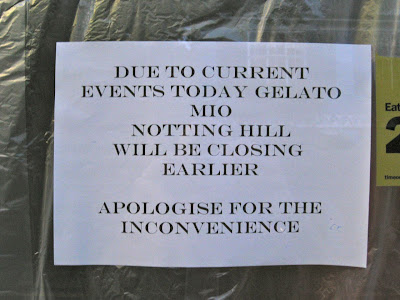 There were 16,000 police officers on the streets of London last night -- nearly three times the number that were out on Monday night. Police said they'll maintain that level of coverage for the next few days. Hopefully we've seen the last of the rioting.

Meanwhile, Dave and I have been distracted by another weird neighborhood development. Several foxes -- and I mean real live foxes, not street art -- have appeared in the courtyard below our building the last two nights. They run around and make an unearthly barking sound. I've never seen or heard anything like it. Who knew we'd have wildlife (of the four-legged variety) in Notting Hill?

Apparently, though, foxes have been on the rise in urban London for some time.
Posted by Steve Reed at 6:20 AM