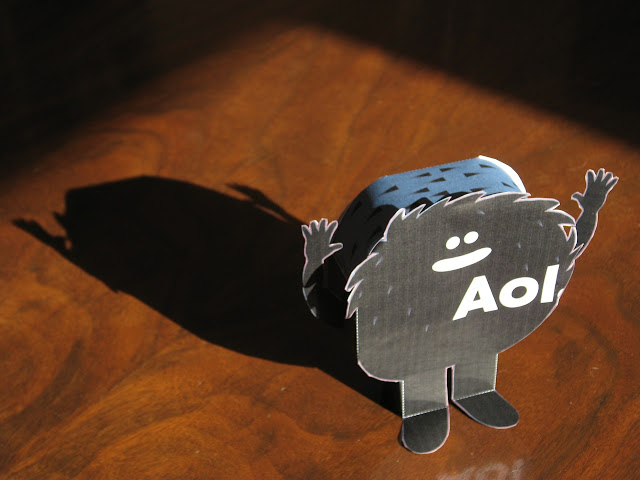 I had to giggle at your thought that no one would bother with the doll & then you promptly did. I would have too.

What I remember most about AOL is throwing away what must have been hundreds or dozens of CDs that came in the mail.

Yeah, those CDs were obnoxious. I remember seeing stacks of them strewn all over the sidewalk in New York. Apparently at some point there was a protest movement aimed at coercing the company to stop sending them out -- someone collected tens of thousands of them to return them to AOL.

I somehow bypassed AOL in my email odyssey. I wonder what percentage of their customers have been around as long as you have. What incentive do they have to keep you now that you no longer pay them?

It's interesting to think about all the physical electronic media that is becoming a thing of the past: Beta videos, VHS videos, floppy disks, 3" diskettes, and on and on and on. Everything is becoming digital, meaning that we may never have to touch it again!