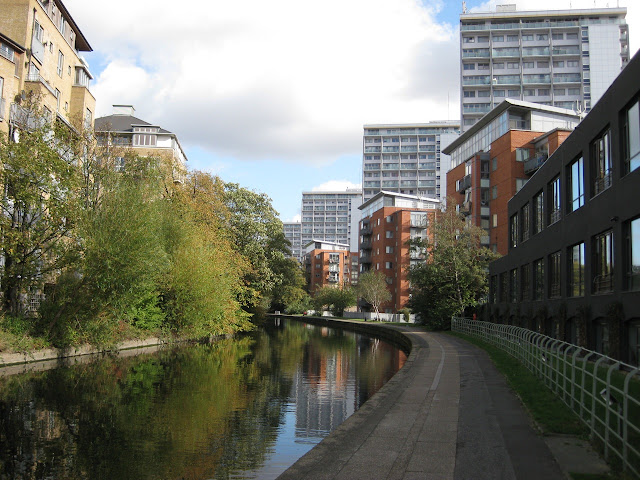 Here are some more photos of the Grand Union Canal, which as I mentioned yesterday runs near our apartment. The canal system in England is old and complicated, but as I understand it this is the Paddington Branch of a much larger canal that runs between London and Birmingham.

There's a pedestrian walkway along the canal -- once a towpath, I assume -- so it's walkable for long distances and used by a lot of runners and bicyclists. 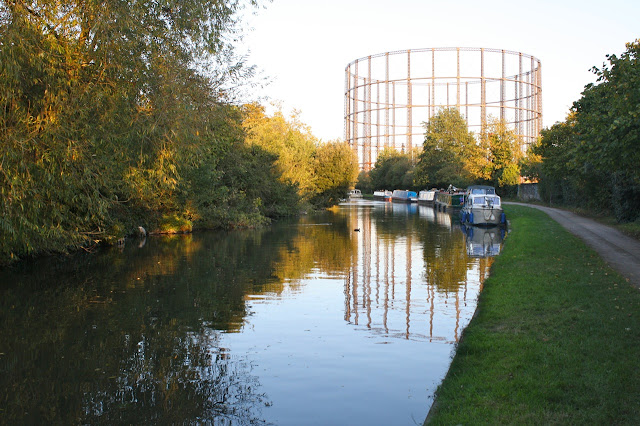 Parts of the canal are quite urban, as you can see in the top photo of the area near Westbourne Green. Other areas show signs of industry, like this section west of Ladbroke Grove. 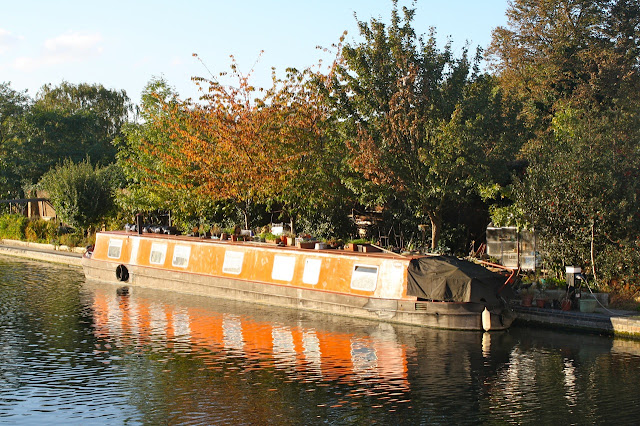 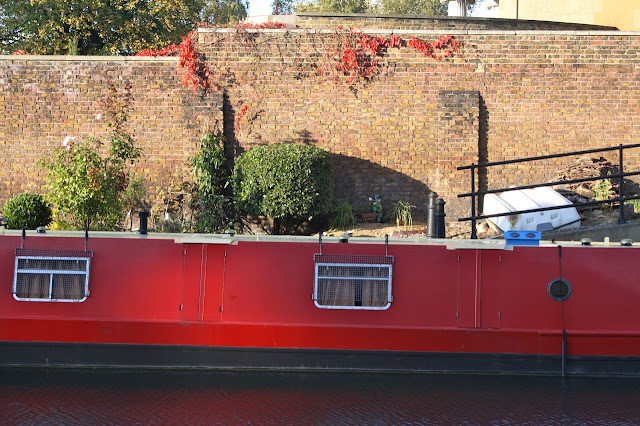 Houseboats are moored along the banks and motor slowly up and down the waterway. They're all this style of long, narrow boat, often painted some shade of red and piled with colorful potted plants. The foliage along the canal is starting to match the paint on the boats! 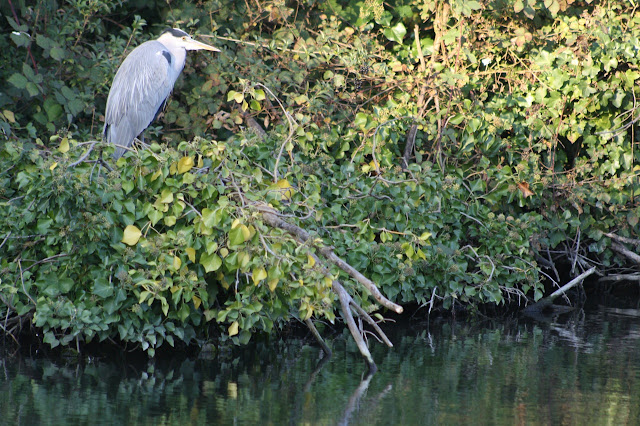 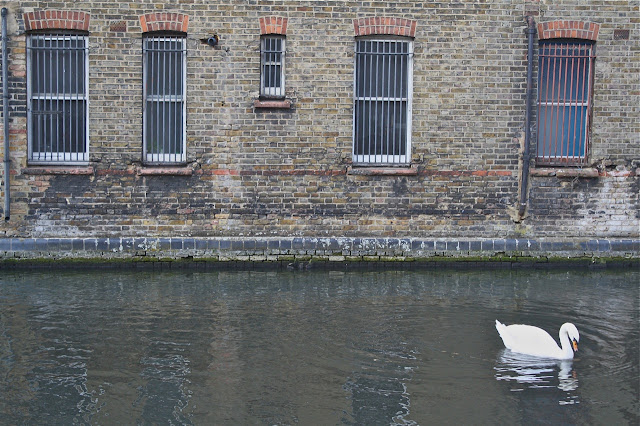 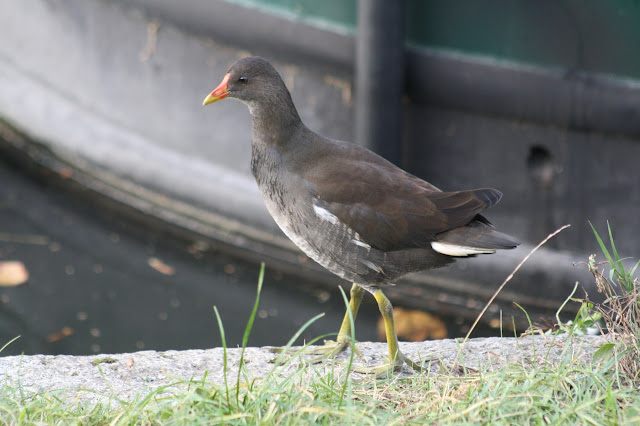 Waterbirds are everywhere -- herons, swans, geese, ducks, coots and moorhens. In that respect it's a bit like Florida! (What's that bird in the bottom photo -- anybody know?)
Posted by Steve Reed at 8:17 AM

I think that last bird is an immature moorhen.

Reminds me a little of the C&O Canal in Washington, DC. Those canals were of extreme importance for moving goods at one point in our history. I love all the music that grew up around hauling barges up and down the canal.

What a lovely place to walk!

Thanks, Lorianne. I thought it might be a moorhen, given that beak!