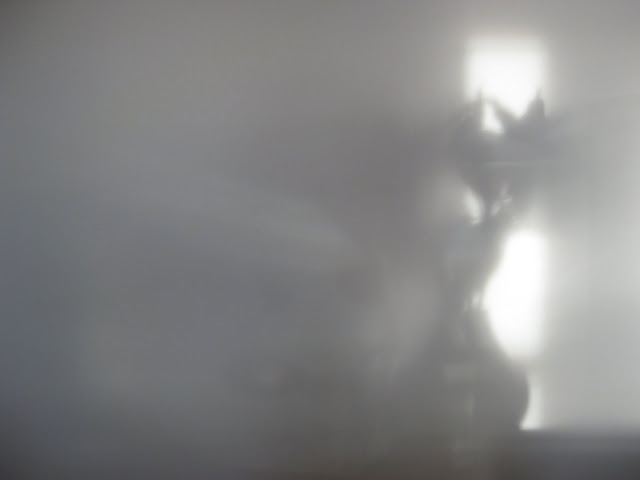 I've been thinking about the Occupy Wall Street movement -- all the people gathering in cities around the United States and elsewhere, protesting the economic insanity of our time.

I certainly sympathize with the cause. But I haven't been motivated to join the protests -- even though I'm unemployed, a fairly recent victim of downsizing, a cog in a declining industry, and I am deeply troubled by the flow of wealth upward to the highest rungs of our economic ladder. I'm definitely among the 99 percent!

I could easily go down to St. Paul's Cathedral, the site of the London protests, and lend my voice. (Under no circumstances would I camp out there, though -- not while I still have responsibilities in my comfortable home, to a partner and two geriatric dogs, one on medication.) I could at least take photos and bear witness to the events.

I'm not sure why I'm not more motivated -- I used to relish the idea of protesting injustice. In fact I feel a little ashamed of my lack of enthusiasm. I guess when it comes right down to it, I doubt the effectiveness of street protesting for such a broad cause. It's one thing to protest anti-choice measures or nuclear weapons, but an entire socioeconomic system run amok?

Maybe I'm just too old and too cynical. But I don't think the protests are worthless for their lack of focus, as some critics have charged. The fact that so many people (more motivated than I, he says shamefully) care enough to get out and participate shows the depth of dissatisfaction and anger and that, in itself, is an important message.

And for each of those protesters there are probably hundreds of others, like me, who believe in the cause but haven't put our feet on the street. Yet, anyway.

(Photo: The shadow from a vase of stargazer lilies in the kitchen.)
Posted by Steve Reed at 8:45 AM

each person who is at one of the sites represents hundreds or thousands of others who for whatever reason is not there.

i've popped down to the cleveland site a couple times...and plan to go more. i think it is terrific that finally there's a growing outcry against the GROWING disparities that exist in our societies.

while traveling we spent an hour or so at the albuquerque occupy site - it was a very diverse group - again most young people but also a large native american group (who like the young folks were having problems with finding jobs, etc). feagin and i went with a couple of the fellows to a nearby grocery story and lent our support to the group by buying bread, cold cuts and fruit and taking it back to the assembled - which was very appreciated - as one can imagine. the logistics of these new communities is something. barbara ehrenreich had a good article recently on this very thing.....

You aren't motivated because you have no fear of losing all the things that create your comfortable life-home, dogs, partner, ability to travel and do as you like...

There are people who stand a better than average chance of losing all that tethers them to the so-called American dream, and others, who though educated and desirous of work, cannot get it and will have whatever they dream of elude them. This is our "new" normal and people are frightened and angry about it.

I'm not sure I don't fear it, e. Maybe I fear it less than those who are in more pressing circumstances, but I think it's entirely possible that the security I have now won't last my entire life.

I'm just not convinced marching will change that uncertainty, you know?

Feeling small and hopeless. Been there done that it seems all my life- Tired...
Hope your pooches are good- mine just became deaf overnight! Confusing for him.