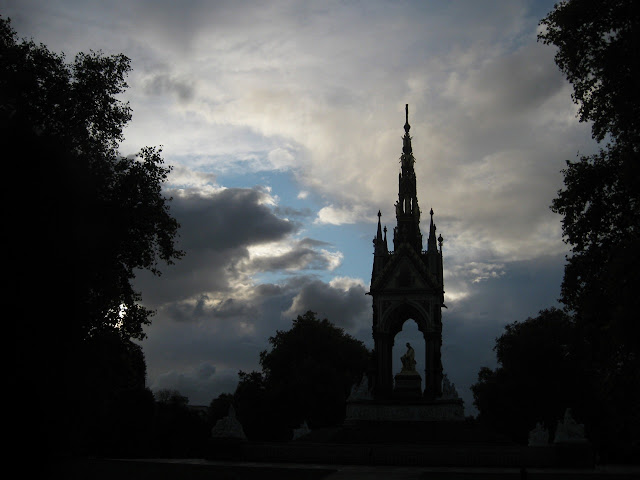 I watched the final episode of the BBC's series on British ceramics on Monday, and yesterday I went back to the Victoria & Albert Museum to see the pieces mentioned in the show. The episode focused on studio potters of the late 19th and 20th centuries, beginning with the likes of Edmund Harry Elton and William de Morgan through Bernard Leach, Lucy Rie and still more modern artists.

I love the ceramics galleries at the V&A. I could wander there all day. The colors and exquisite designs of the pieces are just astonishing, from antiquity to modern pottery. I saw a Chinese wine pot from the mid-1600's that was so white and finely detailed, with two dragons prowling its cylindrical surface, that it could have been made yesterday. I found more pieces that especially struck my fancy, like Joyce Morgan's dish depicting a blowfish, and Michael Casson's abstract bowl. (And how great is it that all these pieces are online, so I can show you exactly what I'm talking about without resorting to my own substandard museum photography?!) 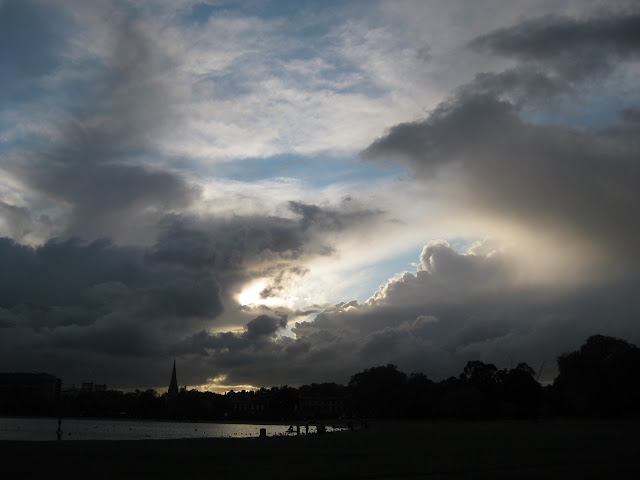 While I was in the museum it poured rain, but fortunately the storm had passed by the time I walked home in late afternoon. The sky was amazing, with dramatic clouds behind the Albert Memorial (top photo) and above the round pond in Kensington Gardens (above).
Posted by Steve Reed at 7:31 AM

This is like a magical mystery tour. Thanks for taking us along so we too can (virtually) tour the V&A! You are clocking up a lot of miles as you explore your new city.