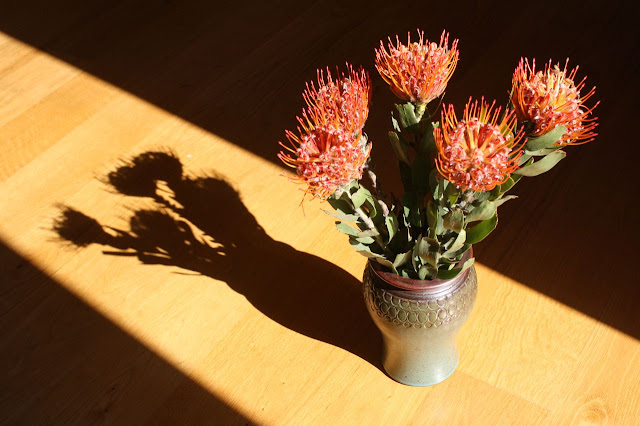 Last week I went to see "One Day" with Anne Hathaway and Jim Sturgess at the Odeon Whiteleys on Queensway, our local movie theater. Hathaway has taken a lot of ribbing in the UK for her attempted English accent, which unlike her character is not particularly northern or even consistent, but I thought she did a good job nonetheless. I enjoyed the movie, even though it is ultimately a tear-jerker and definitely a chick flick.

(I've been trying to keep up with movies. I also saw "The Skin I Live In," Pedro Almodovar's newest with Antonio Banderas, which was interesting but perhaps not as compelling as some of his earlier films. And as I already mentioned, Dave and I went to see "The Inbetweeners" last month. Next on my list: "Tinker, Tailor, Soldier, Spy" and "Contagion," which hasn't yet opened in the UK.) 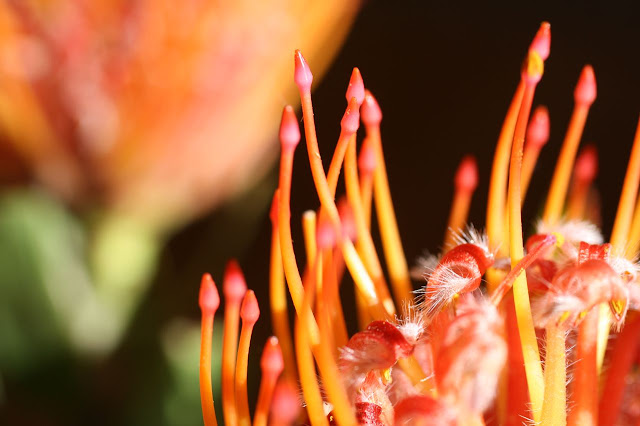 Anyway, as I came out of the theater, I stopped at a florist and picked up these great flowers. They're called proteas, and apparently they're something of a national symbol of South Africa, where most of them originate. I've seen them in the states -- in fact I once found one on the sidewalk in New York -- but I don't think I've ever bought any. 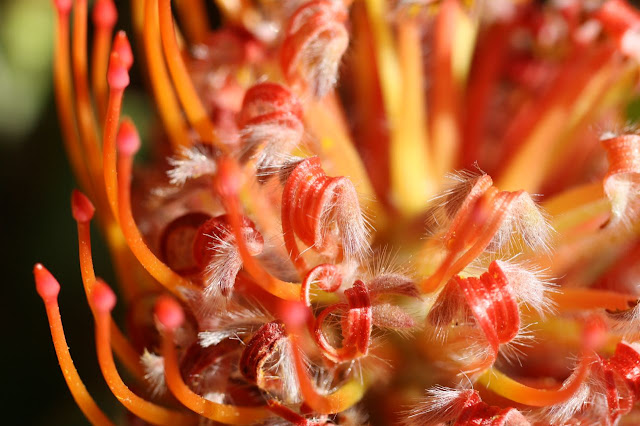 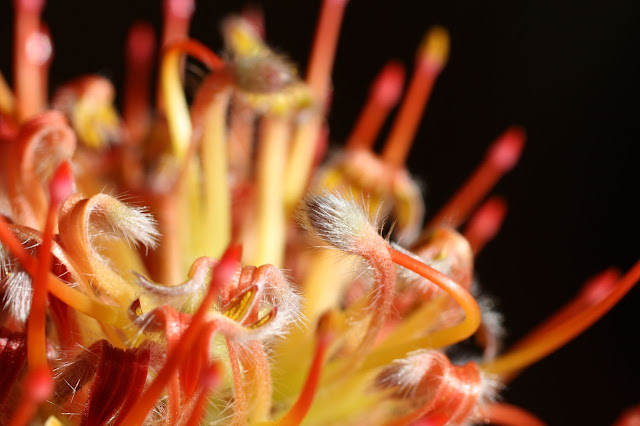 Apparently proteas are held in such high regard in South Africa that the national cricket team is named for them. I think that may be the first time I've ever heard of an athletic team named for a flower!
Posted by Steve Reed at 7:08 AM

I love the way you find wonder in the smallest things in life. I will look for proteas now that I know what they are!

Thanks for the movie reviews. I tend to love chick flicks.