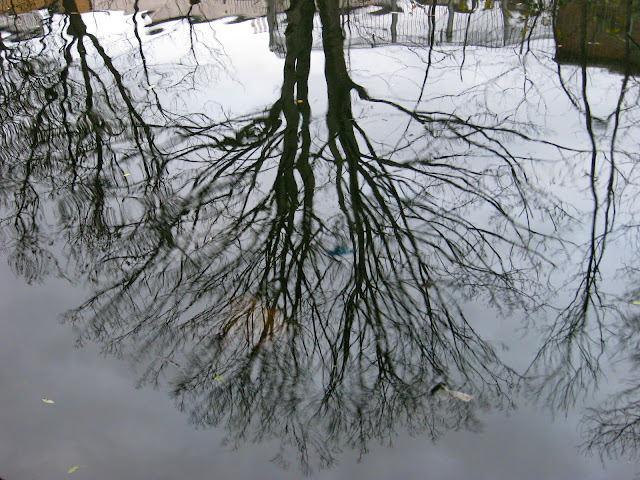 "Because they are so long-lived, atoms really get around. Every atom you possess has almost certainly passed through several stars and been part of millions of organisms on its way to becoming you. We are each so atomically numerous and so vigorously recycled at death that a significant number of our atoms -- up to a billion for each of us, it has been suggested -- probably once belonged to Shakespeare. A billion more each came from Buddha and Genghis Khan and Beethoven, and any other historical figure you care to name. (The personages have to be historical, apparently, as it takes the atoms some decades to become thoroughly redistributed; however much you may wish it, you are not yet one with Elvis Presley.)

"So we are all reincarnations -- though short-lived ones. When we die, our atoms will disassemble and move off to find new uses elsewhere -- as part of a leaf or other human being or drop of dew. Atoms themselves, however, go on practically for ever."

-- From "A Short History of Nearly Everything," by Bill Bryson

(Photo: A tree reflected in the Grand Union Canal, on Boxing Day.)
Posted by Steve Reed at 8:09 AM