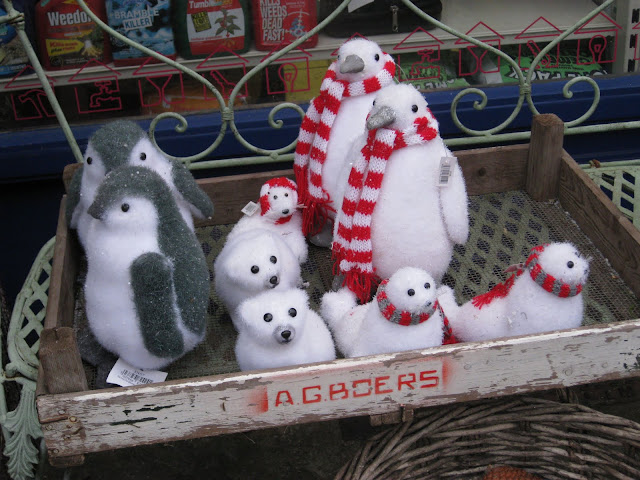 Dave and I sat in the audience at a taping of The Graham Norton Show last night! He's our favorite talk show host, and you may remember we tried to get in to see his show once before, but we were too far back in line. This time we were guaranteed a spot, and it turned out to be a great experience.

This despite the fact that I had no connection to any of his guests -- Matt Smith, from Dr. Who (which I've never really watched); Gillian Anderson, from the X Files (which I never watched); a comedian named Russell Kane (who I'd never heard of but who turned out to be a stitch); and a couple of other people from British television. The week before, his guests were Robert Downey Jr. and Jude Law! (The show we'd planned to attend earlier featured Cliff Richard, which also meant nothing to me, though, so no loss there.)

He did a hilarious bit where he brought a piece of mistletoe out into the crowd, and held it over the heads of people he thought were couples. Sometimes he was right, and sometimes not. (One guy's response: "That's me mum!") I wanted to volunteer Dave and myself -- particularly because Graham chose a couple right behind us, so he was in our vicinity -- but Dave was mortified and urged me to keep quiet. So you won't see us kissing on Graham Norton.

There were also some fairly ribald topics of conversation and a funny bit about an errant housefly buzzing around the stage. We'll see how much of that gets on the air.

I think we'll be easily visible on the broadcast, as we were right in the center and relatively close to the stage. It's the Christmas episode, which will air here on Friday night. It will air in the U.S. at 10 p.m. on Christmas Eve on BBC America. (I'm sure none of you have anything more important to do then, right?)

(Photo: Apropos of nothing, cute wintry stuffed animals outside a shop in Marylebone, yesterday.)
Posted by Steve Reed at 7:59 AM