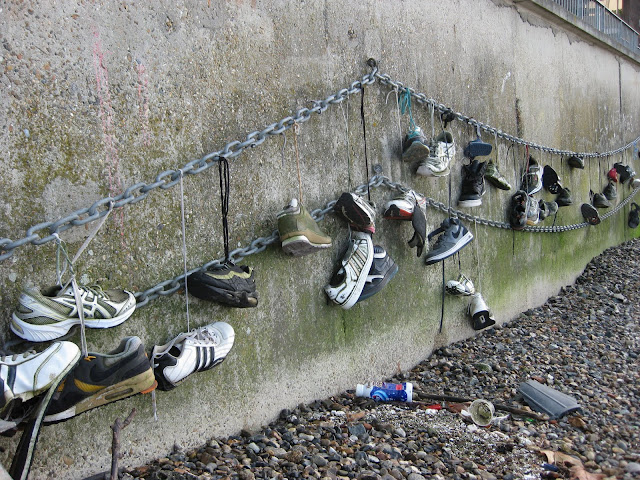 During my walk home from Battersea on Saturday, I passed a ramp leading down to the Thames. A little pebbly beach lay at the base of the ramp, strewn with all sorts of riparian detritus.

So many stray shoes had washed up that someone wove them into a sort of sculpture along the seawall. 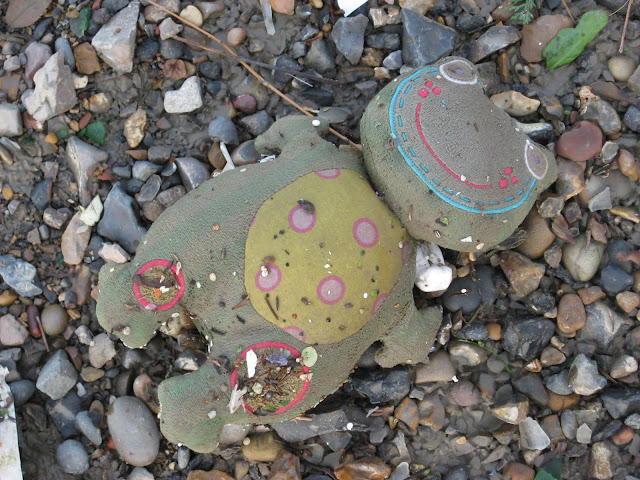 I couldn't help but think some little kid shed tears over the loss of this cute toy. 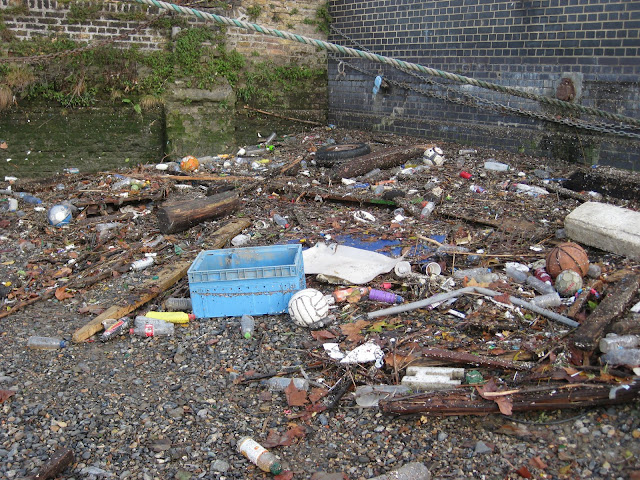 In fact, there were a lot of toys on the shore -- mostly balls. Soccer balls, basketballs and volleyballs were all represented. There are at least six in the photo above; I counted a dozen altogether. And that doesn't include the tennis balls and ping-pong balls. 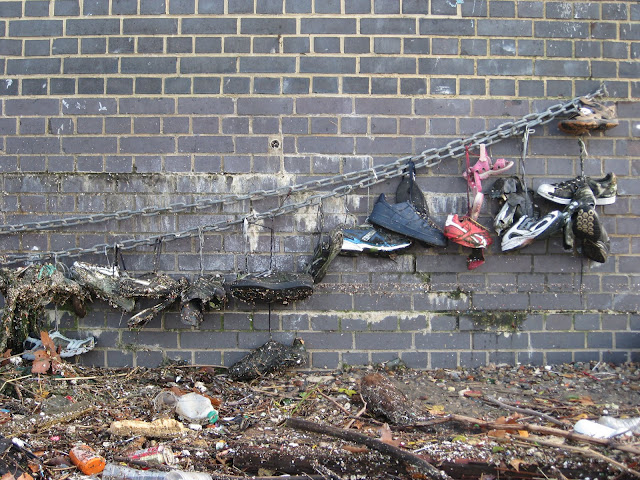 Most of the debris was wood and plastic -- bottles, foam, packaging and other trash. I shudder to think how much plastic is in the Thames, and how much of it gets all the way to the sea.
Posted by Steve Reed at 6:02 AM