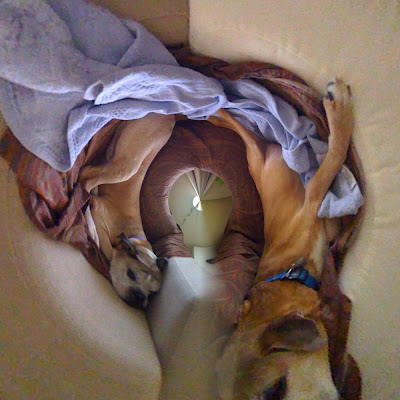 Another iPhone photo app I learned about on Saturday, in addition to Instagram, is called Tiny Planet Photos. It basically spins the elements of a photo either inward or outward to create seriously wild, phantasmagoric images.

There are two modes, Tiny Planet or Tiny Tube. Tiny Planet pulls objects in the photo toward the center, turning the image into a sort of ball. Tiny Tube projects them outward around a core of space.

Above, for example, is a photo of our dogs asleep on the couch, in Tiny Tube mode. Wild! It reminds me of one of those Renaissance paintings, depicting saints in flowing blue robes. (Not that either of those dogs is a saint.) Maybe it's a canine El Greco, with those contorted, elongated figures. 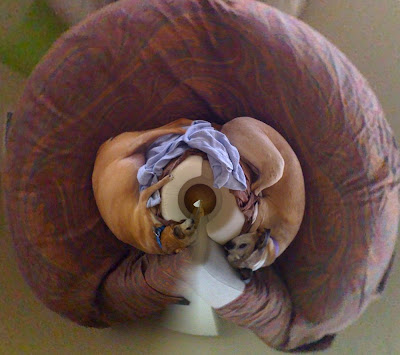 Here's the same image in Tiny Planet mode, which makes the dogs look rather embryonic in a groovy paisley womb. Remember the end of "2001: A Space Odyssey," when the old man becomes a fetus again? (Or whatever actually happens in that scene -- I'm not sure anyone's ever figured it out.) 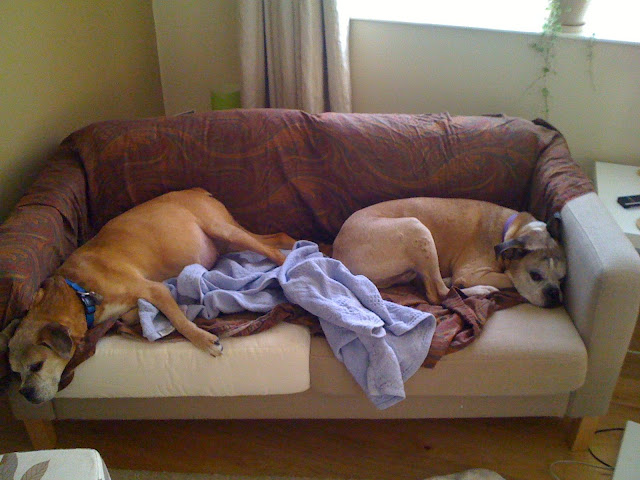 And here's the original image, just so you can see what we started with. Pretty fun, huh?
Posted by Steve Reed at 5:42 AM