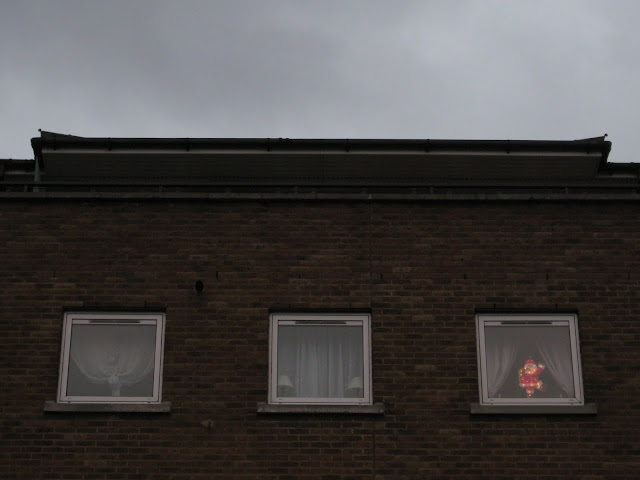 This week between Christmas and New Year's always feels so strange. We're in limbo -- not quite celebrating a holiday, but not yet ready to return to the routines of our lives. The Christmas tree looks a bit dry and forlorn, but it's not yet time to throw it out. The Christmas pudding is still in the fridge, but each night it tastes a bit more leaden.

Our dogs and their erratic behavior are causing us to have more serious, strained conversations. Last night Ruby had another accident in the house, and the growth on her hip has opened into a gaping maw. I can't even see to the bottom. When I walk her, people on the street audibly gasp -- it looks like we put a bullet in her side. She's already on antibiotics and doesn't seem to be in much pain, but it's hard to tell. Ernie, meanwhile, has been eating less and less, and sleeping more and more. Our vet's office is closed until Jan. 3, so unless we get desperate enough to load the dogs into a taxi and go to the 24-hour vet hospital in Belgravia, we're on our own for the time being. 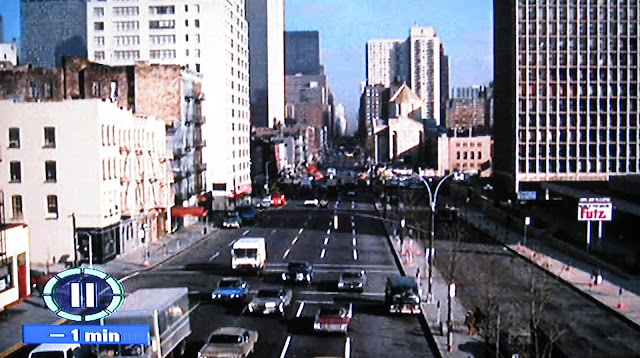 On a brighter note, we found "Love Story" on TV yesterday, a sappy movie that I never fail to appreciate. This time, in one of the shots of New York City, I realized we were looking up Second Avenue from my old neighborhood. I paused the TV and took a photo (above). That's the corner of 31st Street in the foreground, more recently the location of the Verizon store where I bought my first cell phone. Kips Bay Towers and the St. Vartan Cathedral are visible on the right. My gym was located between them, but it was built much later, after this street scene from 1970! (For more cinema history from my old neighborhood, see this post.)

(Photo: Yesterday at dusk, along the Grand Union Canal.)
Posted by Steve Reed at 7:01 AM