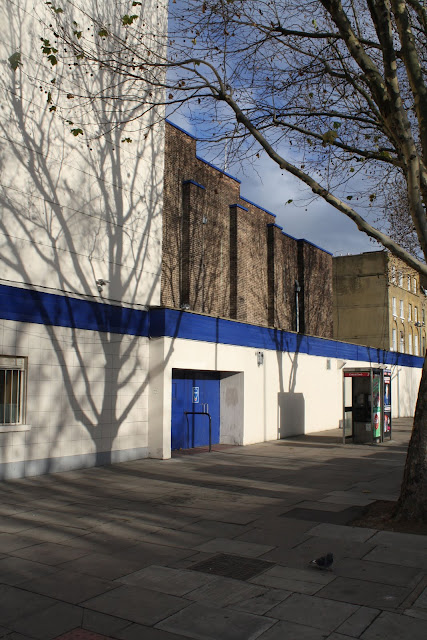 OK, so I'm a day late in marking World AIDS Day. I'm embarrassed to say I didn't even realize it had arrived until a man walked past me on Westbourne Grove wearing a red ribbon, and I thought, "Oh yeah!"

Kind of a sad statement, but probably typical for many people in this day and age, now that HIV is treatable and much of the urgency has faded from the AIDS pandemic.

When I saw that man's red ribbon, I began thinking about how just 15 years ago, I was very active in AIDS and HIV as a cause. I helped raise money, I donated money, I wrote articles as a medical reporter and I dispensed very general information (based on that reporting) on Internet message boards. I read constantly about HIV and its treatments, partly out of my own fear that, as a gay man, I might become infected myself. (Never mind that I always played safe. Always.)

I walked in AIDS Walk New York, and helped organize the annual teams for my employer, right up through 2009 -- my last year working in Manhattan.

It is hard to overstate the effect HIV had on gay men of my generation. When we were coming out in the mid-1980s, AIDS was a death sentence. There was uncertainty about how it was spread and how long it would take an infection to make itself known. There wasn't even a consensus on how it was transmitted -- which acts were dangerous and which weren't? How could the risk be gauged? I lived in terror of HIV, and that fear undoubtedly had a substantial effect on my social and romantic life.

Now, of course, medicines have changed all that -- even in developing countries, where medical treatments have become more available. Young gay men today don't have that fear, for better and for worse.

I always come back to how different the world would be if AIDS was still cutting a swath through the population the way it did in the 1980s. How many movie actors wouldn't have made their most recent films, or musicians written their most recent compositions? How many artists wouldn't continue to show us their visions of the world? How many people would be missing? Who among our friends and relatives would be dead?

It boggles the mind.

(Photo: Hackney Road, on Wednesday.)
Posted by Steve Reed at 6:14 AM