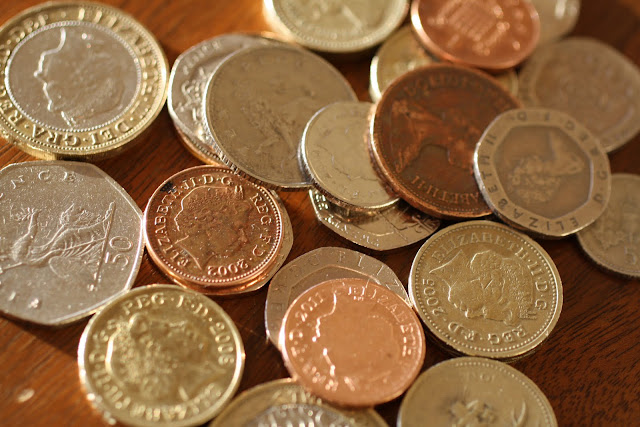 The United Kingdom uses a bewildering array of coins.

Americans commonly use just four coins -- quarters, nickels, dimes and pennies. There have been other denominations, like the Sacagawea and Susan B. Anthony dollar coins -- but they've never quite caught on. 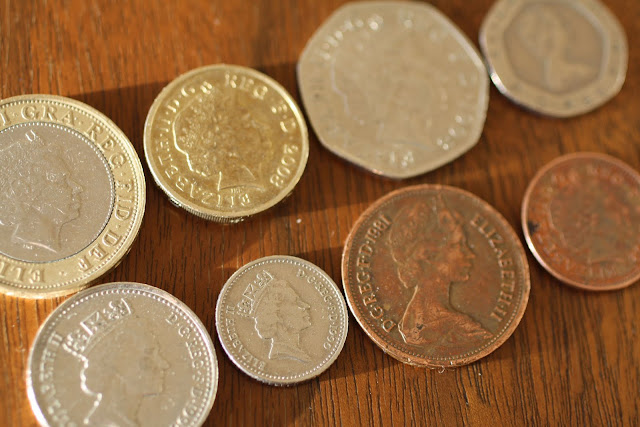 That creates a heck of a lot of diverse change in your pocket.

To make matters more confusing, the 50p and 10p coins -- to my untrained eye, at least -- are very similar. I always have to look twice to make sure I'm spending the right amount. 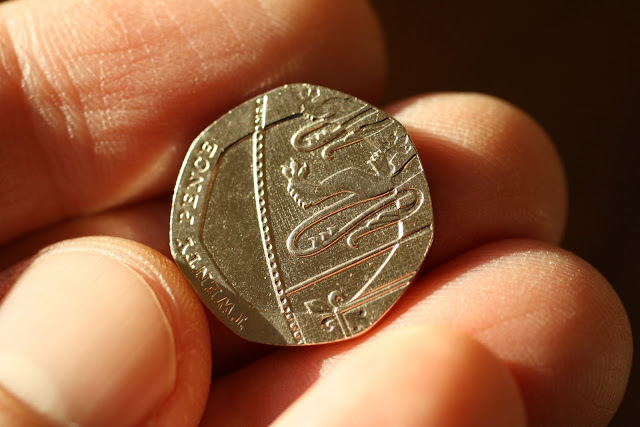 More recent versions of the smaller denominations each depict part of a shield, which can't be seen in its entirety unless all the different coins are put together. (I don't have recent examples of all the coins, so I can't show you the overall effect, but you can see it in this proof set from the Royal Mint.) Here's the back of the 20p coin, showing part of the shield. 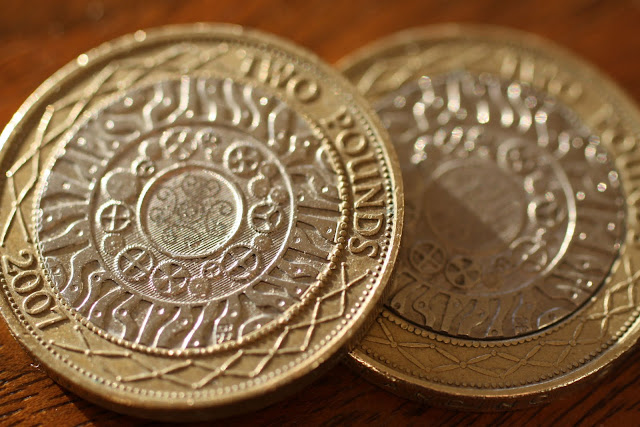 The £2 coin wins the beauty competition, I think. Not only is it two-toned, it has concentric circles of artistic, interesting patterns on the reverse. I liked the £2 coin so much when I first came to England, in 2000, that I took one home as a souvenir. (I brought it back and spent it on a subsequent trip!)

Does all this sound complicated? Well, before "decimalisation" in 1971, there were even more coins to deal with, including shillings, florins and half-crowns -- and there were 240 pence in a pound. Apparently it was all very confusing to tourists -- and calculating a simple transaction must have been a nightmare!
Posted by Steve Reed at 6:35 AM