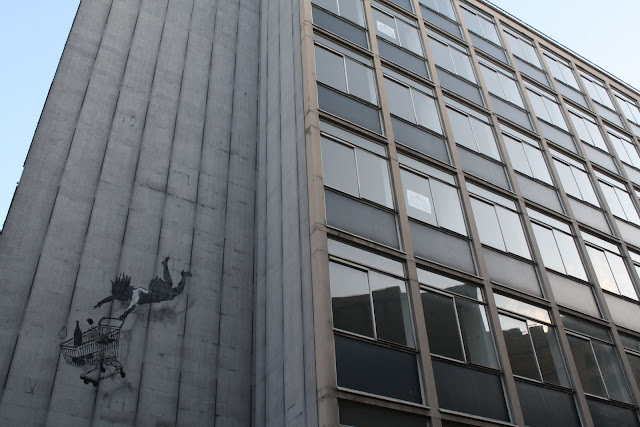 Yesterday, when the day's first cycle of dog-sitting duty was finished, I got on the tube and went to Mayfair, where a new Banksy piece recently appeared on a building. It's been called "Shop 'til You Drop," and how he managed to put it so high up a wall with no detection is beyond me. (It's been rumored he used a scaffold.)

One of these days, Banksy is going to get arrested. Now THAT will be a story. 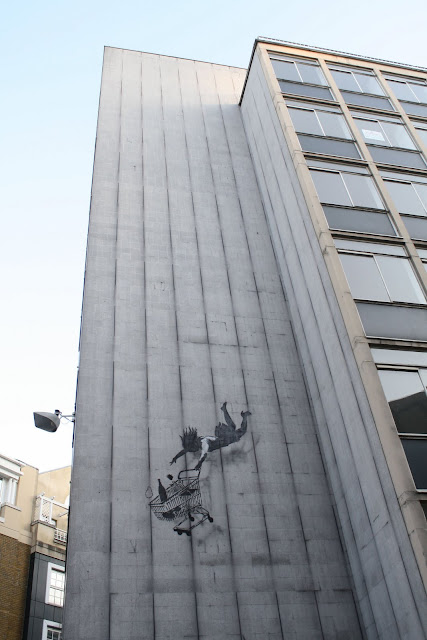 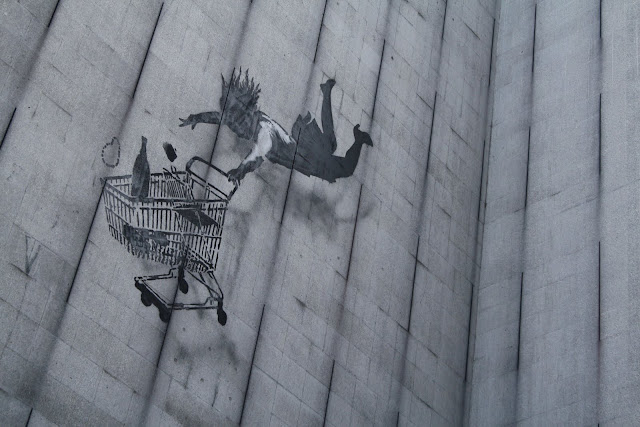 I think Dave has been a little concerned about me investing so much time and energy in the dogs. (Ruby is on four medications, and I've tried to get them on a regular diet of canned food, so there's a timetable involved -- aside from all the walking demanded by Ruby's diuretics.) Yesterday he told me not to give Ruby her diuretics and said, "We're going to dinner tonight!" We went to The Mitre, a restaurant near our house that turned out to be more or less a fancy pub. It was a nice break.

Tonight we're having dinner with the head of Dave's department and his wife, and I have a special photography outing planned for the middle of the day. (More on that tomorrow!) So Ruby isn't getting her diuretics today either! That's OK -- skipping a few doses won't hurt her and I'm not sure they're making all that much difference anyway.

I found a great website where runners can plot out their routes -- which helps me because I wasn't sure how far I was running. I could only estimate based on time. Here, for example, is the route I ran yesterday. I was pretty psyched that I went 3.6 miles! If you click on my name from that page (at the left), I think you can see my other routes too.
Posted by Steve Reed at 5:32 AM