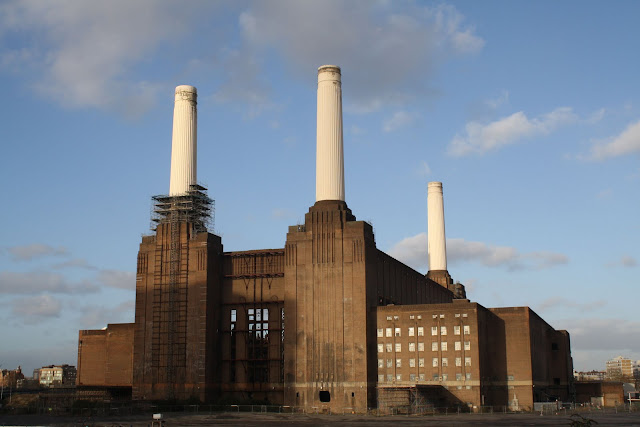 The other day Dave came home from work all excited. "Have I got an event for you!" he told me.

Turns out one of his colleagues, an art teacher, is a member of a group that uses Instagram, an iPhone application, for photography. Instagram allows users to take photos and add cool filtering effects before posting them immediately to the web, where they can be viewed by followers on other mobile devices.

The group had a "meetup" scheduled for Saturday where, it was rumored, they'd get to go inside the Battersea Power Station, a vacant brick Art Deco colossus on the south bank of the Thames. The station, built in the 1930s, is a famous part of the London skyline, having appeared in the movie "Help!" with the Beatles and on the cover of Pink Floyd's album "Animals." It's been praised for its architectural proportions and minimalism by the likes of John Pawson, and is a listed historic building. Despite the accolades, though, the station -- idled in the early 1980s -- has been the subject of various redevelopment schemes that have, so far, all collapsed, and it's considered endangered. 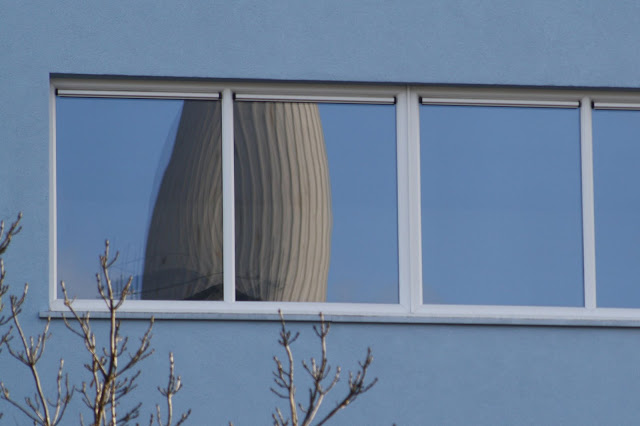 I touched base with the art teacher and she said I'd be welcome to attend the meetup -- even with my big, bulky, non-Instagram camera! So yesterday I zipped down to the appointed meetup spot, an art gallery in Battersea that, not just coincidentally, had a show of iPhone photography. 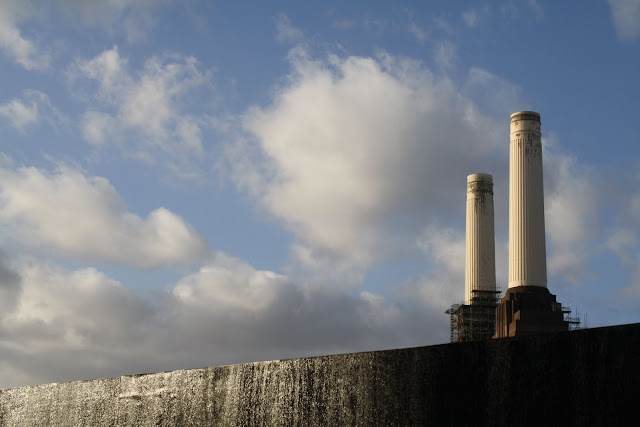 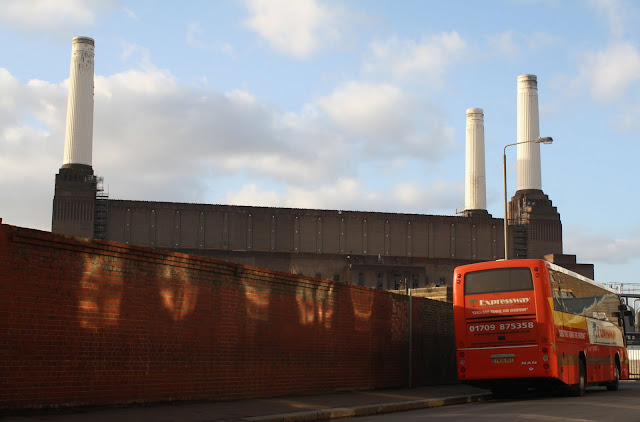 Only five of us showed up for the walk, and as it turned out none of us had any special access or arrangement that allowed us to get inside the station. (In fact, we couldn't even really get close to it!) But it was a fun day nonetheless, as I got to learn about Instagram and other iPhone photography applications. I've been playing with Instagram a bit and, while it seems to run counter to my journalistic preference for realism in photography, I do think it's fun. I'm sure I'll continue experimenting. 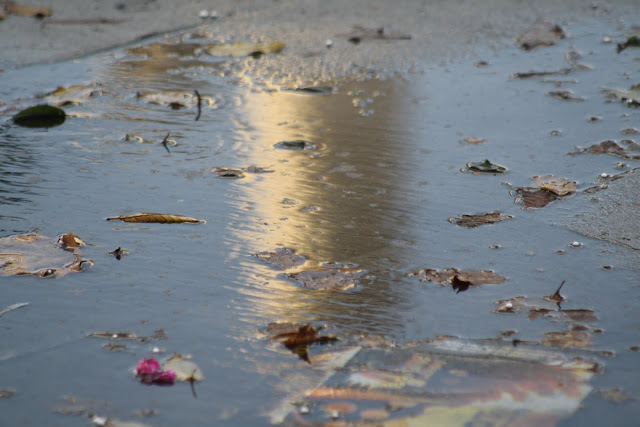 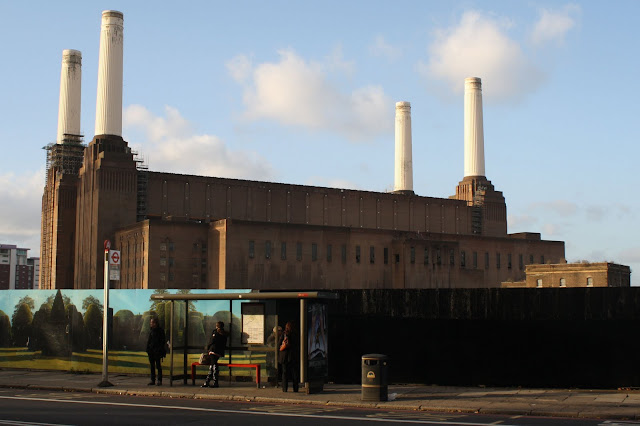 For me, as you can see, the day became all about different ways of seeing a single building. It was a bit of a challenge! And the Instagram folks were terrific company. (All the photos above were taken with my regular camera.) 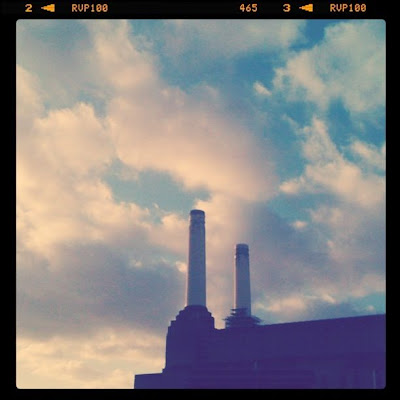 And yes, I did use Instagram to take some shots, like this one. Pretty cool, though as a newbie my Instagram photos are quite simplistic. There are lots of apps out there to tweak them even further -- I've only scratched the surface!
Posted by Steve Reed at 7:04 AM