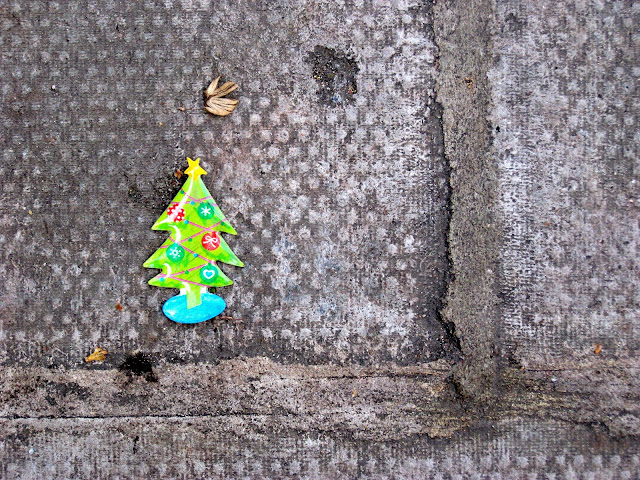 Have you ever heard of "The Snowman"?

It's a children's book that was turned into a 26-minute animated film for the BBC back in the early 1980s. It's hugely popular in England -- something of a Christmas tradition, in fact -- but I don't ever remember hearing about it in the United States. I discovered it just this week in a very roundabout way.

My first glimpse of it came a few weeks ago in this commercial for Argos, where a family of cute blue aliens wonders why people stress so much about Christmas shopping. At the very end of the commercial, the aliens are watching TV and singing along with a song from a show.

I had no idea what they were watching or singing. But then, on Thursday, a friend sent me a link to a terrific song called "Walking in the Air," sung by David Schelzel, longtime lead singer for one of my favorite groups, The Ocean Blue. I recognized it as the same song from that commercial with the aliens. Now that I had a title, I did some research and discovered that the song -- in an earlier version sung by a boy chorister from St. Paul's Cathedral -- comes from "The Snowman."

It's interesting that "The Snowman" is such a phenomenon here -- famous enough that Argos can put it in a commercial and expect viewers to know exactly what it is -- while it's unknown to American viewers like me. I suspect it didn't become a staple on American TV -- if it was ever shown at all -- because it's entirely dialogue-free and has a somewhat sad ending. (Can't you just picture some cigar-chomping American network executive saying, "We can't show that! There's no words!")

Fortunately, you can watch "The Snowman" in its entirety on YouTube. To hear Schelzel's version of "Walking in the Air," click here.

(Photo: Stray Christmas sticker on the sidewalk, Notting Hill.)
Posted by Steve Reed at 8:31 AM