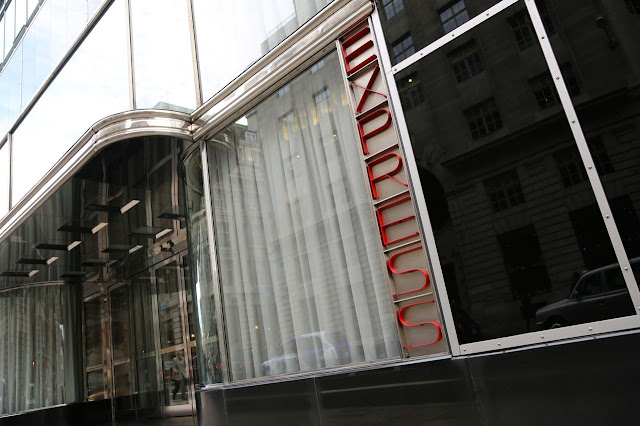 This is one of my favorite London buildings -- the Daily Express Building on Fleet Street, which dates back to 1932. It looks so sleek and modern, it's hard to believe it's that old! It's a classic example of Art Deco at its finest. 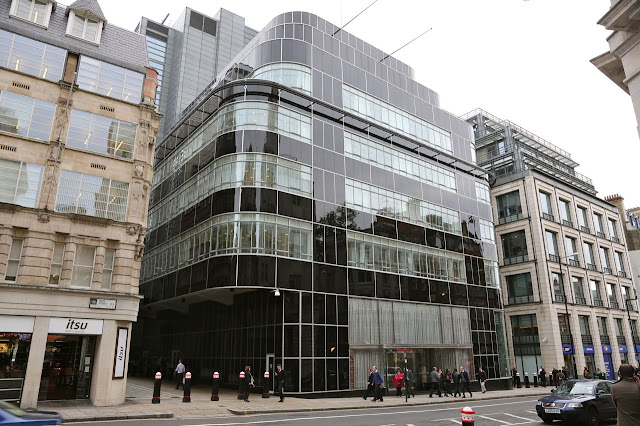 I first saw it when I took that interminable open-top bus tour with Jennifer and Jesse during their visit in June. I went downtown to take a closer look at it yesterday. I much preferred seeing it from the sidewalk rather than the frigid, windy roof of a bus!

I found it incredibly hard to photograph, though. Fleet Street is very crowded with both cars and people, so waiting for a break in both foot and auto traffic was difficult. And the building's highly reflective sheen made photography doubly challenging. 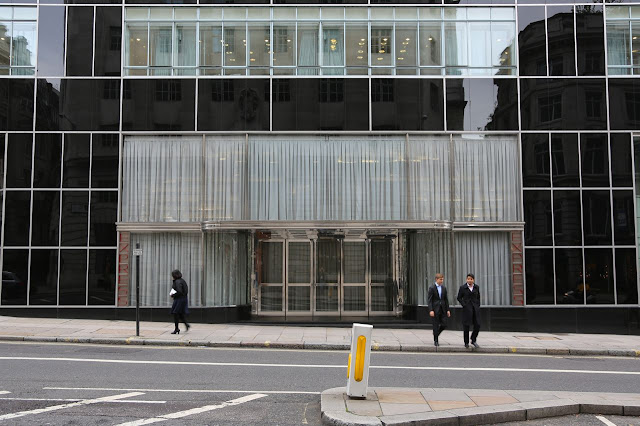 And then there was that stupid "keep left" sign. Sigh.

Apparently the lobby is also spectacular, but the building isn't routinely open to the public, so I didn't try to go in.

My original intention was to go on to the Tate Modern, but I was having so much fun walking around that I abandoned that plan. I bought a sandwich and sat out by the Thames Path, eating lunch as all the joggers laboriously huffed and puffed past. (Not that I'm making fun of them, being a huffer and puffer myself.) I had a good photography day and came home tired.

Dave and I originally planned to attend a media panel discussion about the presidential election at school last night, but we were both worn out so we stayed home instead. Like everyone else, I'm sick of hearing about the election anyway!
Posted by Steve Reed at 7:03 AM