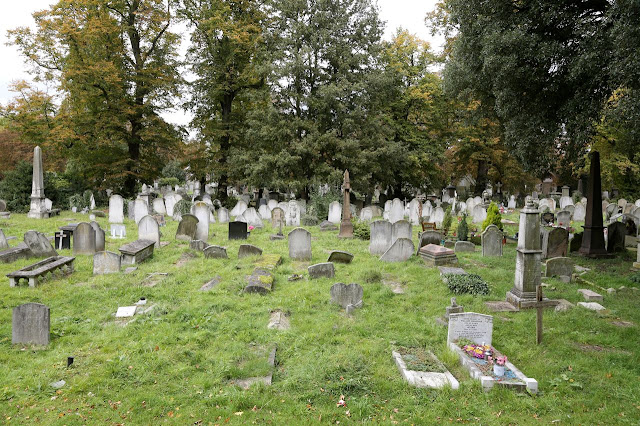 I finally had an opportunity yesterday to go explore Kensal Green Cemetery, which bills itself as "one of London's oldest and most distinguished public burial grounds." I don't dispute it. I wandered around for a couple of hours and found all kinds of fascinating stuff.

The cemetery is located not far from our flat, and it's kind of amazing that I haven't made it over there before now. I run past it all the time along the Grand Union Canal, which forms its southern border. (Running to keep myself out of a cemetery, I suppose, though as Rose says to Cosmo in "Moonstruck," "I just want you to know that no matter what you do, you're gonna die, just like everybody else.") 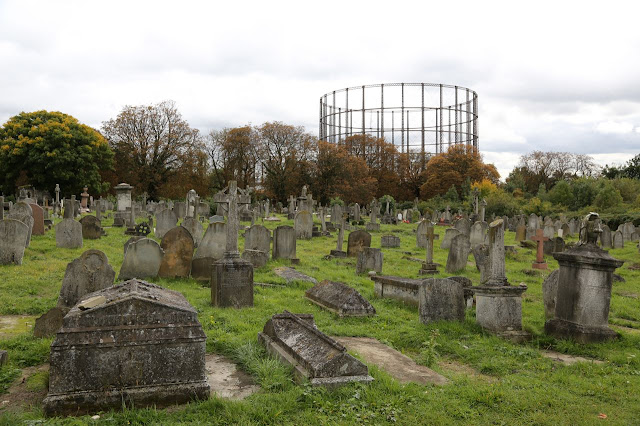 That's the gas works in Ladbroke Grove across the canal from the cemetery. (You've seen it before in this post, but I wouldn't expect you to remember!)

Kensal Green Cemetery dates back to 1833 and covers 72 acres, including several chapels, a crematorium and a rose garden. It was supposedly inspired by Pere Lachaise cemetery in Paris. I saw all sorts of gothic, mossy and generally illegible headstones dating back to the mid-1800s, some tilting at crazy angles. Walking off the main footpaths was challenging, as the ground is very uneven.

I also saw new headstones, and a few relatively recent graves. Kensal Green is still an active area for burials. 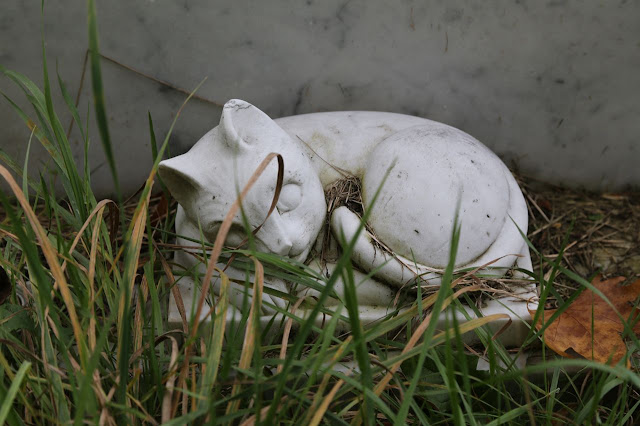 It's interesting how people choose to be remembered -- a writer, a gardener, a cat lover. I saw graves decorated with toys, pinwheels, flags and figurines of pixies and fairies. 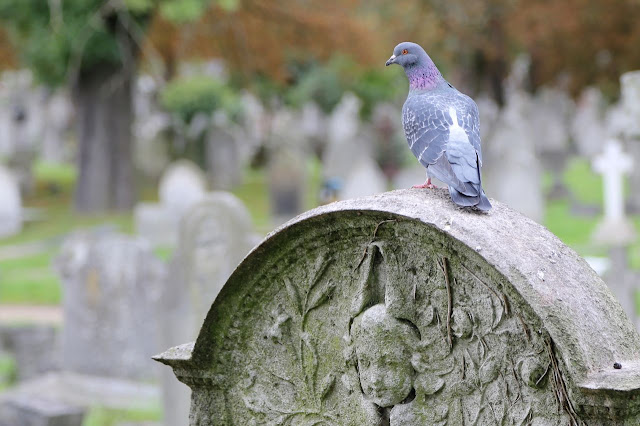 Some graves were decorated with wildlife -- just pigeons and squirrels. (I've always heard cemeteries are great places for birdwatching but this is the best I did. Still, he is a very handsome pigeon.) 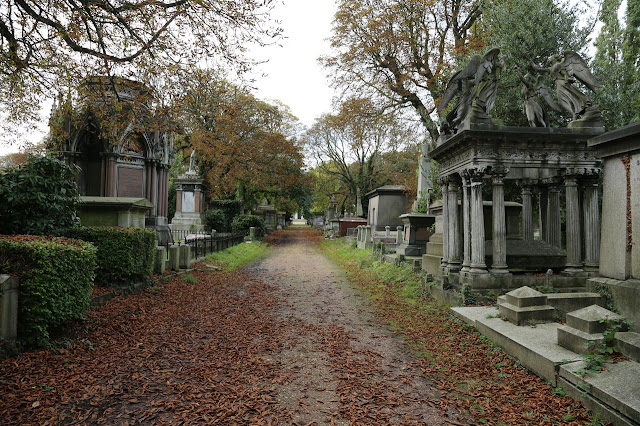 The tombs and mausoleums along the cemetery's central thoroughfare are especially grand. Still, I don't really get burial -- I would much rather be cremated and scattered somewhere. Spending eternity in a tomb -- even one of these fancy boxes -- just seems so static. 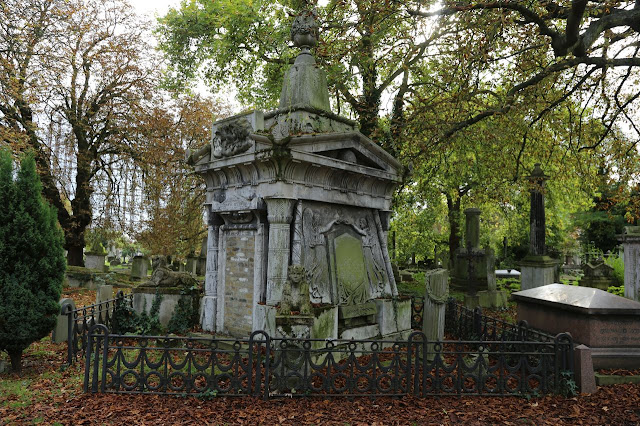 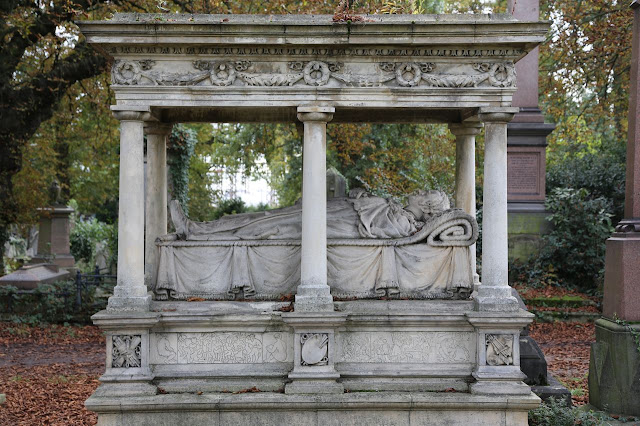 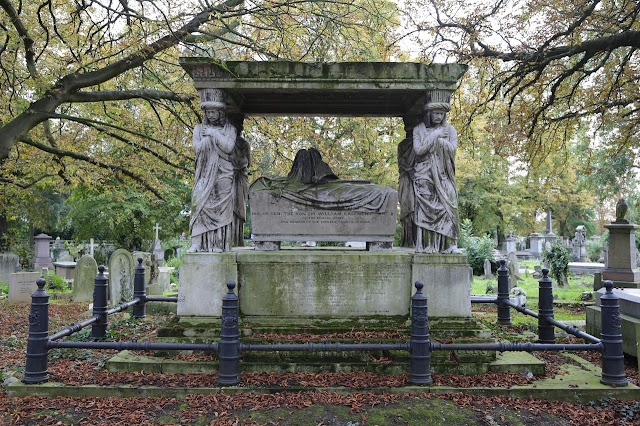 I did find a few famous people -- I'll tell you about them tomorrow!

I didn't even begin to cover the entire cemetery. It's just too big. It warrants a repeat visit.
Posted by Steve Reed at 5:58 AM