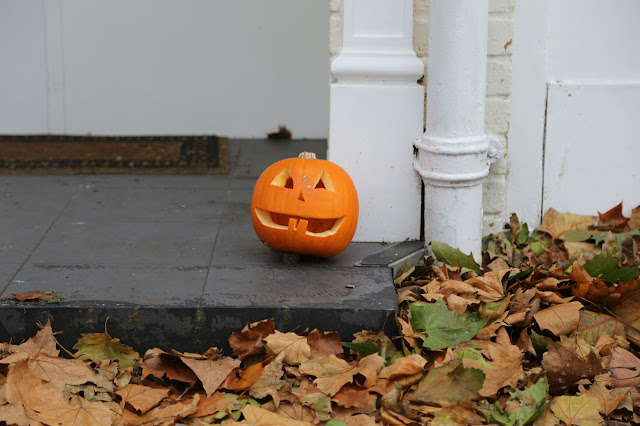 Dave and I agree that we're seeing more Halloween decorations in London this year. I don't know whether that's because there are more, or we're just looking more closely. Last year we were under the impression that Halloween isn't much of a thing in England, where it's overshadowed by Bonfire Night. But we've heard that it's growing in popularity.

We did not carve a pumpkin. In fact, I haven't carved a pumpkin in years and years. 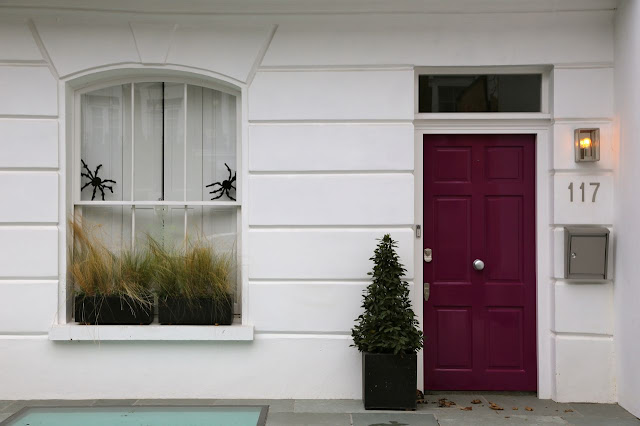 Of course, our Halloween here is nothing compared to what's going on in New York City and environs. Now that is some scary stuff. As a longtime New Yorker, it's hard enough to read about it -- the flooding in the East Village and Battery Park, the huge fire in Breezy Point that destroyed dozens of houses, the inundated tunnels and transit systems. I can't imagine living it. Incredible, surreal, and far beyond what I expected Sandy to deliver.

I haven't seen anyone directly address the question of climate change, but isn't this just like those apocalyptic scenes we've been told to expect from rising oceans and more intense storm systems? Wasn't Katrina the same way? It certainly makes you wonder.
Posted by Steve Reed at 6:09 AM