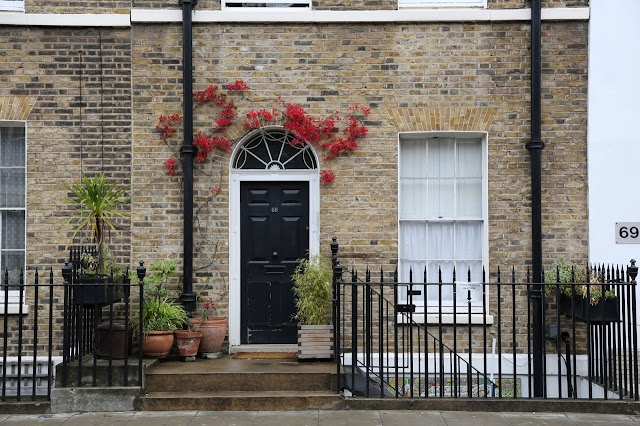 A few weeks ago, when I was walking in Hammersmith, I found a gold ring.

Well, actually, a guy walking in front of me found it. He bent down and picked it up, and showed it to me with a surprised expression. It was a wide gold band, and sure enough it had "18K" stamped inside it.

"It's your lucky day!" I told him, and kept walking. I figured someone must have dropped it while standing at a nearby bus stop.

A few seconds later he came up behind me and tapped me on the shoulder. In halting English he said he wanted some money for cigarettes, and would I buy the ring? I looked at it again, and thought, "This looks like someone's wedding band. If I buy it, I can put it on Craigslist and maybe return it to its rightful owner."

When I got home that afternoon, I put an ad on Craigslist. But no one contacted me to claim the lost ring. I wondered whether the guy I bought it from had stolen it somewhere else. After all, I hadn't actually seen it lying on the sidewalk -- I only saw his motion to stoop down, and then saw the ring in his hand.

Finally yesterday I took it down to Hatton Gardens, London's jewelry row, to sell it. I figured I could at least get my £5 back.

You see where this is going, I'm sure.

I walked into a random jewelry shop and showed the proprietor the ring. He put in a loupe and looked at it closely.

"This ring is brass," he said.

It's so funny -- it never occurred to me that the ring would be fake. You'd think that would be the most obvious suspicion of all. But that "18K," along with the ring's overall color and weight, fooled me completely. The jeweler said it happens all the time.

Fortunately, I also had some scrap silver -- an old bracelet I'd worn for years that recently broke in half, as well as a silver chain I found on the sidewalk -- and the jeweler bought that for £5. So I've fooled myself into believing that I made my money back!

(Photo: Virginia creeper over a doorway near Russell Square, yesterday.)
Posted by Steve Reed at 6:44 AM

AS "they" say, "There's one born every minute!". Still, such incidents do rather spoil your trust in fellow humans. I thought the doorway with the lovely Virginian Creeper very attractive. We rarely see it in Melbourne, though it will grow here. I think it does not get quite cold enough to get the magnificent colours of UK or Virginia.That said, we have had a bitterly cold Spring this year. So much for Global warming!

That's funny - and I must say QUITE inventive on his part. I would never ever come up with such a plan!

Great trick! London is full of them! I lived with a few tricksters...karma got them which is great also.
Love your beautiful photo! My blog is in a coma but I am not so I will be keeping my eye on yours!

a blogger I follow who also lives in London was approached by the same scam not long ago. she declined the offer to buy the ring. but the story was the same.