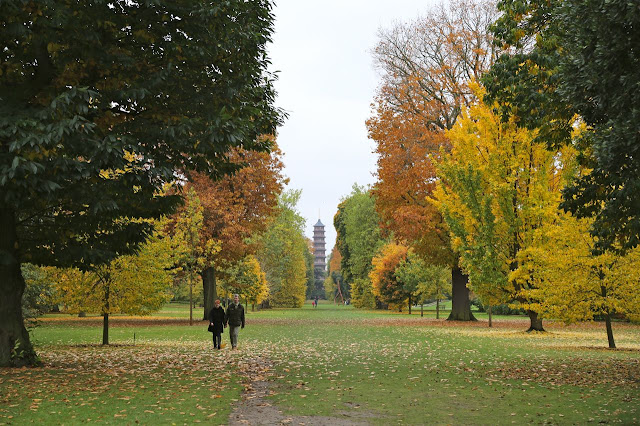 Dave and I went to Kew Gardens yesterday to see the autumn leaves. I went there last year in early October, and it was just a little too early to catch the colors (such as they are) at their peak. I think we gauged it about right this year. As you can see, they're not quite like the spectacular displays of the northeastern United States, but still nice. 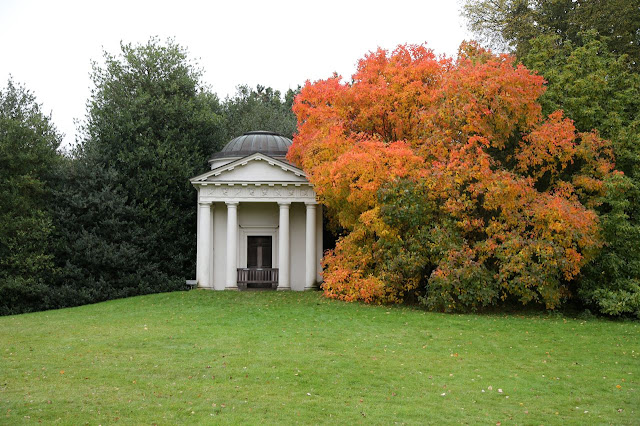 We began our outing with lunch at a vegetarian-ish restaurant near the gardens called The Kew Greenhouse, where I had a pie filled with root vegetables and beans and assorted side salads. Just the kind of rabbit food I like. Dave was glad to see a few meat items on the menu, and he wound up with chicken and leek pie. 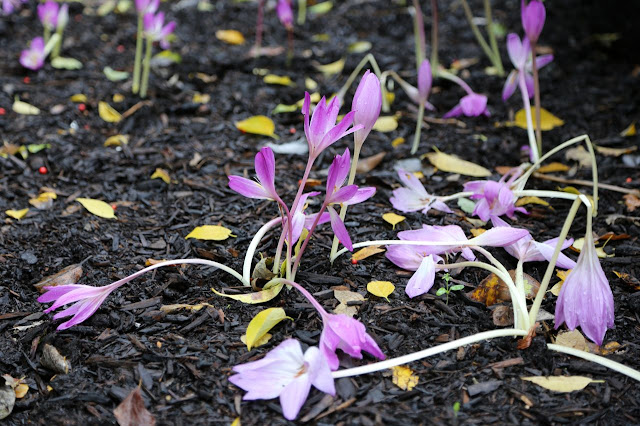 Once we entered the gardens we were surprised to see the crocuses (crocus? croci?) out, just as they were in Gunnersbury Park when I went there a couple of weeks ago. These crocuses were huge, like some kind of irradiated science project. 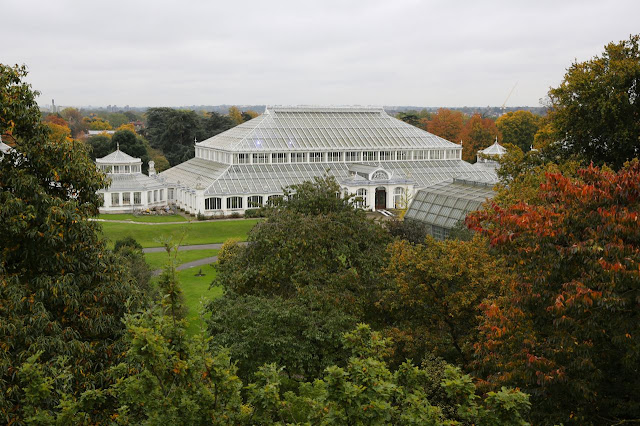 I really wanted to try the treetop walkway, which involves climbing a staircase and walking a narrow metal platform (with railings) that winds through the treetops. I thought that might be an especially nice place to see leaves. As it turns out, most of them in that area were just sort of colorful, but we had a great view of the greenhouse. 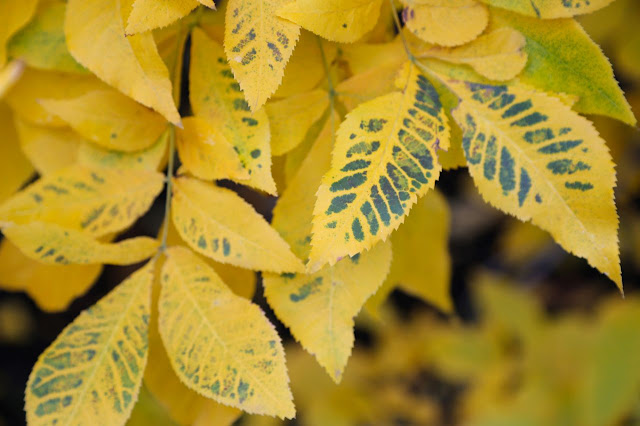 We also saw some interesting birds -- a roosting peacock preening his feathers, flocks of chattering feral parakeets, and an astonishingly colorful wood duck.

The weather wasn't the greatest -- it was chilly, raw and gray for the first half of the day and got misty and rainy by late afternoon. All the more reason to retreat to the cafe for coffee and a slice of chocolate cake!
Posted by Steve Reed at 5:58 AM