Politics at the British Museum 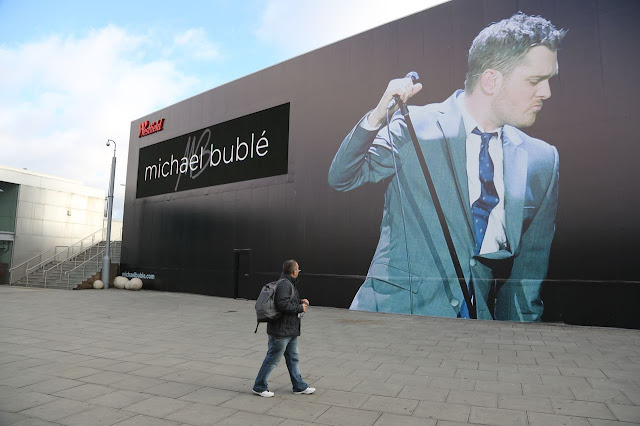 I took David -- our visitor David, not my Dave -- to the British Museum yesterday. He's a history buff so I knew he'd appreciate the medieval chess set, the Rosetta Stone and the statuary of bygone kings and emperors, not to mention those terrific Tring Tiles that depict a childhood Jesus killing his playmates (and restoring them to life after a scolding by the Virgin Mary).

We saw a fascinating exhibit of Spanish drawings and prints from the time of Goya, one of my favorite artists. All the artworks were interesting, but the ones by Goya himself reach a whole different level of nightmarish darkness and animation. For many years, until it got too faded, I owned a poster of the Goya painting "El Perro Semihundido" that I bought at the Prado in Madrid.

At one point, while strolling through the galleries, we heard the ominous sound of a large chanting crowd. We emerged into the central court in time to witness a protest against BP, which is sponsoring a show at the museum. People were chanting and marching with a banner that read "BP Out of the Tar Sands," or something like that -- I assume it had to do with the Alberta Tar Sands.

And we had a chat in the cafe with a guy wearing an Obama 2012 sweatshirt. I expected him to be American, but he turned out to be a young Brit who had traveled to Virginia to campaign for Obama. Boy, did that make me feel politically inadequate! We expressed our gratitude. 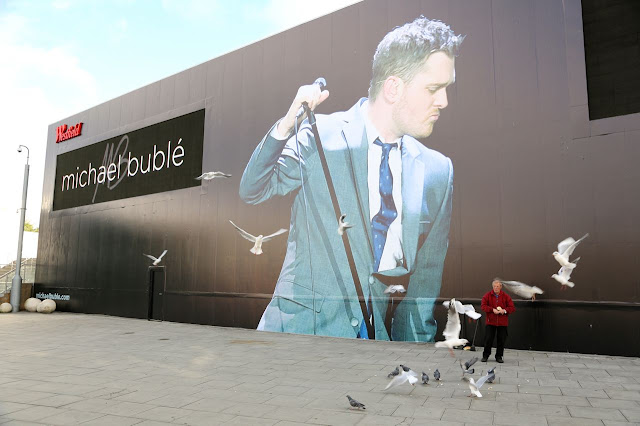 Last night, Dave made a terrific dinner -- a leg of lamb with Yorkshire pudding. And yesterday morning, before the museum, I was buried in work, doing my weekly substitute reports. Whew!

(Photos: I photographed this ridiculously huge Lenin-esque ad for Michael Bublé near the mall in Shepherd's Bush. I want to like the second photo, with the guy feeding the birds, but in fact I prefer the cleaner look of the one at the top. I don't know anything about Michael Bublé. I couldn't begin to tell you what he sings.)
Posted by Steve Reed at 7:19 AM