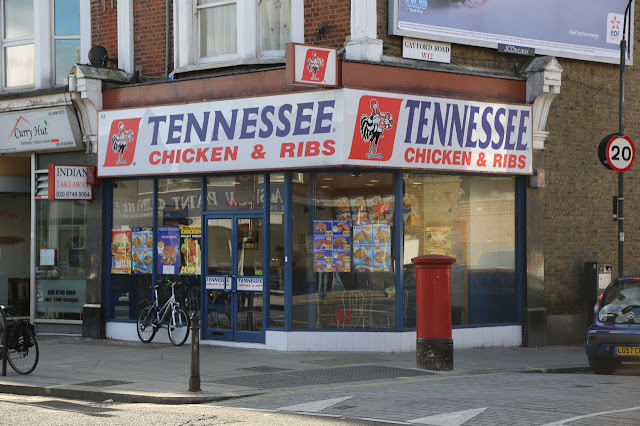 These two, which I came across last week in Shepherd's Bush, carry the added benefit of being named after states. 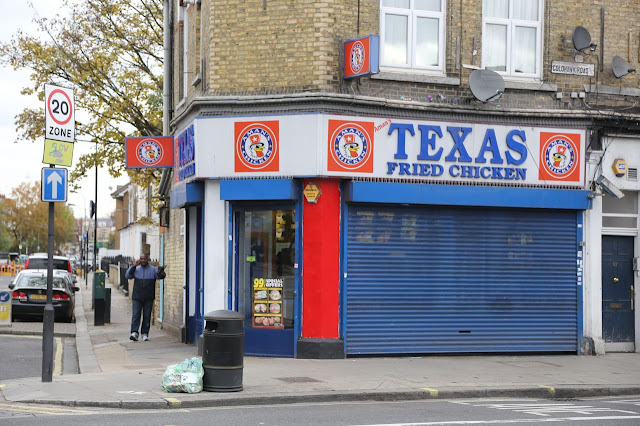 They're not the first state-named chicken joints I've found -- you may remember Carolina Chicken and New Jersey Chicken from those previous posts. I suppose fried chicken is an American invention -- isn't it?

Because I know this is a topic of burning interest to all of you, here are a few more entertaining chicken facades I've encountered over the past several months: 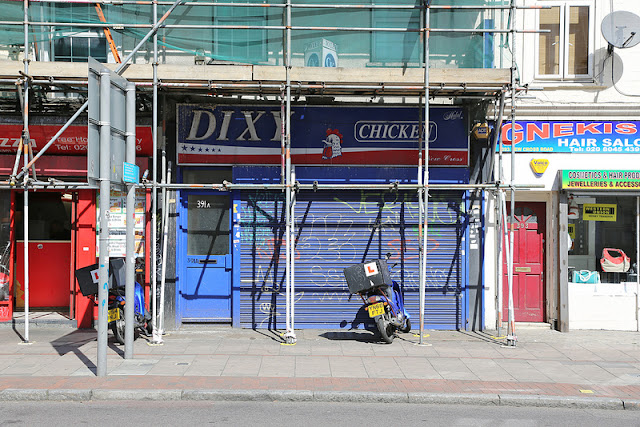 You've got to love Dixy Chicken -- complete with novel spelling. 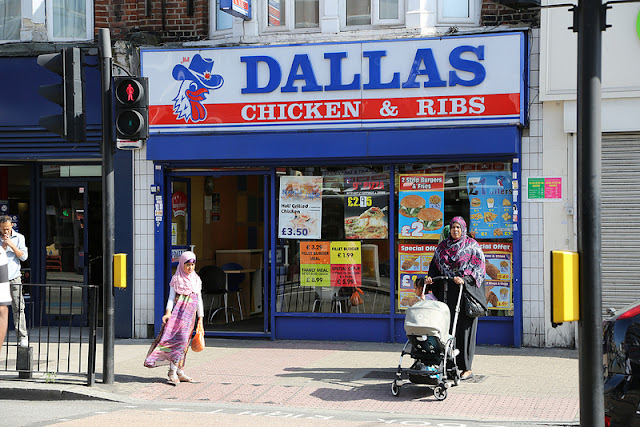 I wonder how Dallas Chicken differs from Texas Chicken? 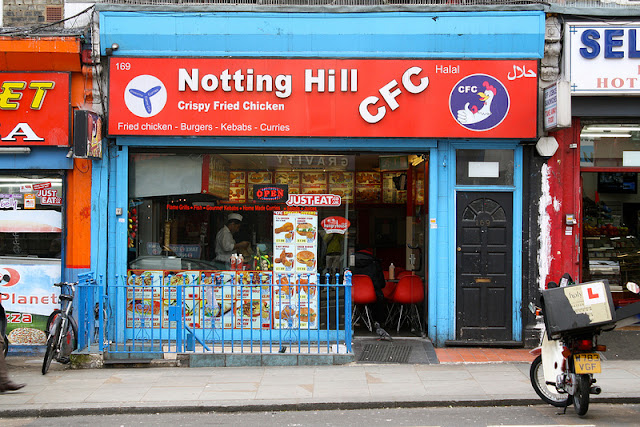 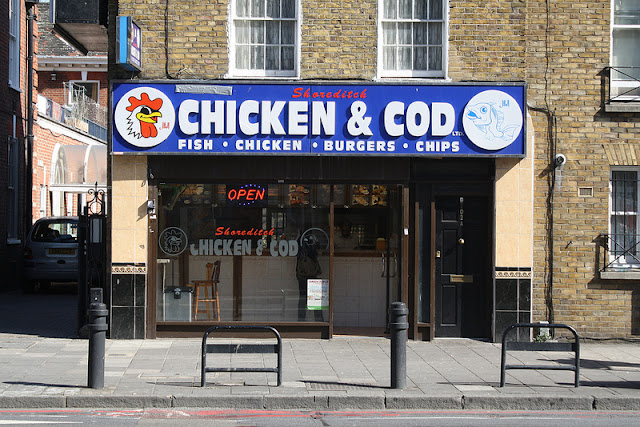 These guys abandoned American references and went instead with the name of the local neighborhood. 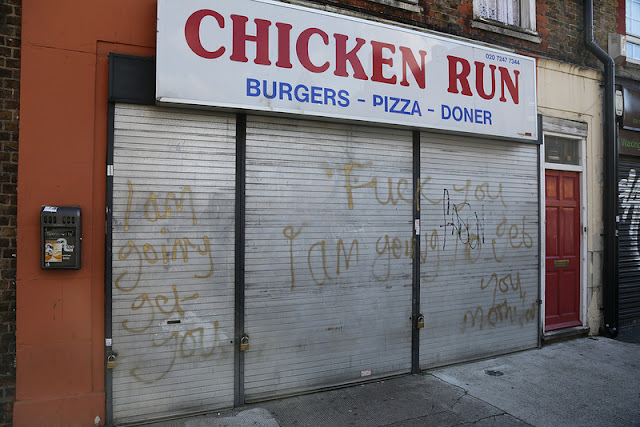 And this place just looks scary. I'd run!
Posted by Steve Reed at 7:06 AM