A Last Look at Florida 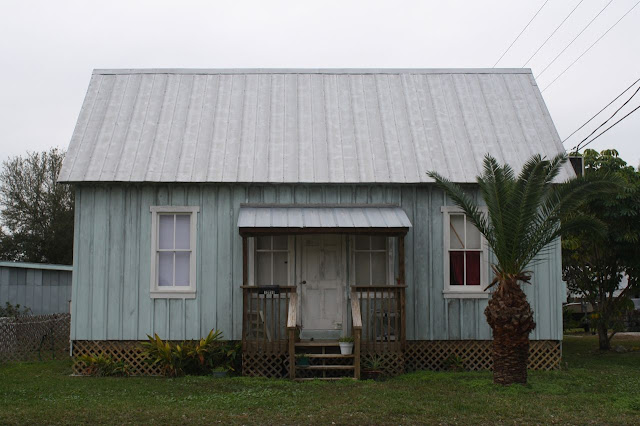 Dave and I are back in London, exhausted but happy to be home. I've got the washing machine churning away and the suitcases have disgorged their contents all over the bedroom. It's going to take a while to organize all this stuff!

I think I mentioned we were upgraded to business class for the flight home. I've never flown business class before, and it was an eye-opener. At the Tampa airport before the flight, we bypassed all the lines and settled into plush armchairs in a quiet lounge, where we mixed ourselves complimentary gin & tonics. On the plane we had seats that extended into virtual beds -- still not quite long enough for Dave, but worlds better than economy. It was so nice to lie flat. I still didn't really sleep, though.

The service was very attentive and the food, for an airline, was pretty good. 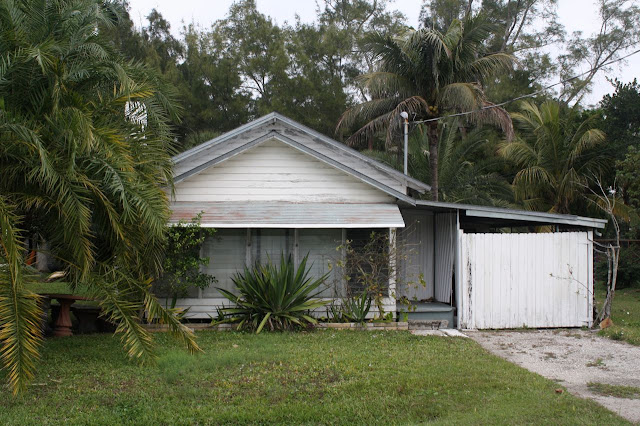 I must admit, though, the whole experience left me feeling a little uncomfortable. I'm just too egalitarian for business class. It really does offend me on some level that we were pampered while everyone else was shoved into the back of the plane with plastic cups and gruel.

After all, such inequalities lead to revolution. I pointed to economy and told Dave, "those people have every right to burn this cabin down!" 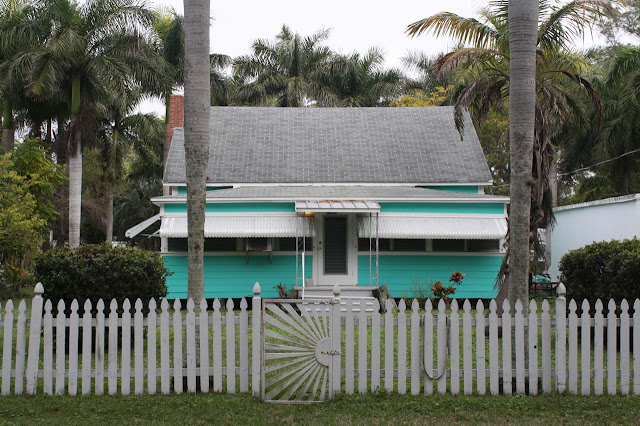 Dave, however, was much less concerned about all that. I think he was a tad disappointed that the food, albeit not gruel, wasn't better -- but after all, it's still an airplane. 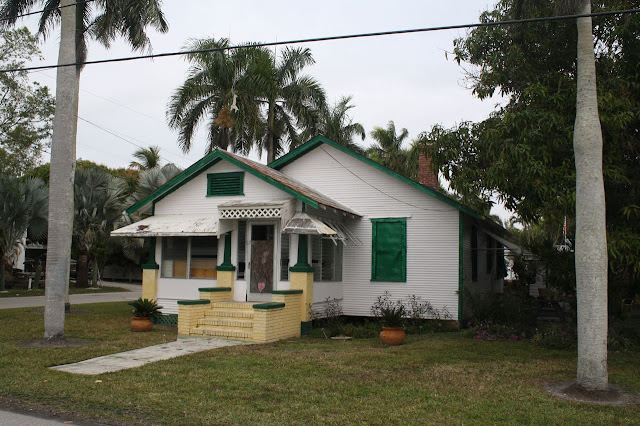 Anyway, I have to go get the flat in order. Our plants didn't die in our absence, for which I am thankful!

Here's a last look at Florida and the fishing village of Cortez -- I wandered around there on Saturday morning, enjoying all the old Florida houses. (And ran into my friend Sue, who happened to drive past with her sister while out scouting garage sales. Small world!) Cortez is a tiny community, but quaint and beautiful in a real-people sort of way, you know? 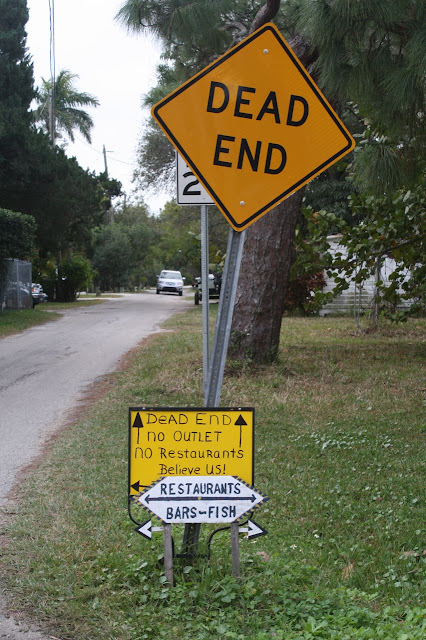 There are a few quite popular seafood places on the water here -- and clearly residents are sick of wayward tourists driving up and down all the streets looking for them.
Posted by Steve Reed at 1:31 PM

I've never heard of Cortez! Reminds me so much of Roseland, where I lived as a child. I mean, that looks like HOME to me.
And now you are home in London. Culture shock?
I'm glad you got upgraded. It is weird, though, isn't it?

glad you are home safe and I don't think I'd have groused too much at being in business class on a long flight like that. love the little Florida cottages.

You're so funny. I probably would have felt uncomfortable too.

I wonder if that sign really works? Tourists (including me) can be incredibly oblivious :)

I love the little cottages and especially love the gate on the aqua house. I also like the sign as it shows they have a sense of humor about those tourists who happen to drive down their road looking for restaurants, bars & fish (in that order).

As for business class, I love it but don't ever get to fly that way anymore. In the old days when we lived in Europe, HP would send us back and forth via Business Class. I say let those people in coach eat GRUEL! Go ahead, wait on me! ;)

What really annoys me is that we, coach passengers, must walk through the pampered passengers to get to our tiny little upright position, rock hard seats...I usually resent first class and business class , like any peasant unwilling to accept their lot.
Those little Florida houses look so odd- Like one decent storm would lift them right off of their hinges and carry them to Kansas. So glad you are back home!