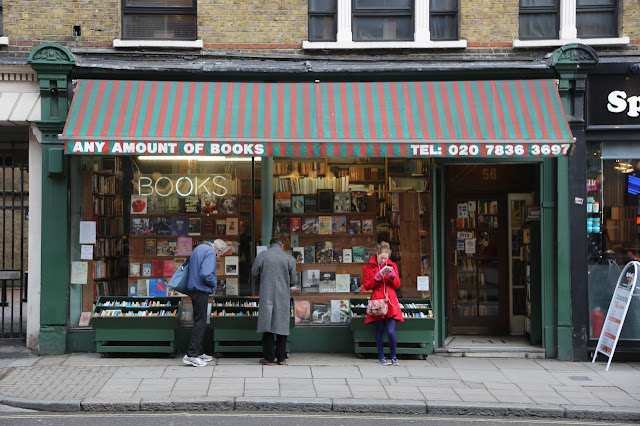 Dave and I went to see "Zero Dark Thirty" yesterday. Wow! What a terrific movie. Suspenseful and riveting, and definitely worth seeing. I read that some politicians are upset by the inference that the U.S.A. obtained intelligence through waterboarding and other forms of torture, but isn't that widely accepted wisdom at this point? The film seems pretty realistic to me, not that I have any first-hand knowledge of Pakistan or intelligence work.

Going to the movie was a milestone for us because it's the longest we've left Olga by herself. We joked about coming home to a demolished apartment, but when we returned it was fine and she had clearly been asleep. Whatever anxieties she has, separation doesn't seem to be one of them.

There's not much else to report. Dave and I have been spending the bulk of our evenings working our way through "Downton Abbey" and "The Killing," both terrific shows. I'm still wondering when we can get the second season of "Homeland."

So you see, life in London really isn't that different from anywhere else!

(Photo: Charing Cross Road, on Saturday. Did you ever read Helene Hanff's book "84 Charing Cross Road," or see the movie adaptation with Anne Bancroft? It centers on a quaint little bookshop like this one, many of which line the street there.)
Posted by Steve Reed at 6:37 AM

Downton was very upsetting last night but I don't want to spoil anything if you aren't caught up.

Alas, I already saw the news on Facebook. But I don't know the details, so don't tell me anything!

I have watched Downton once. Once. I am behind everyone in the whole world.

First, this is a lovely shot! Have not be able to wrap my head around Downton Abbey but people tell me it's wonderful...I must catch up. And the last and only movie I've seen in the past year was Lincoln and it was wonderful!

I have been playing with your fish for about 20 minutes now...
Downton- I always look ahead so that I am not surprised by the events- I also read books backwards for the same reason.Then I can focus on the acting, the character development, the writing, the costumes without that pesky story getting in the way of my emotions...

We just started watching the first season of Downton Abby and are nearly through it. Love it!

We watched the first season of The Killing and really liked it. We failed on the second season and not sure why. Maybe too much time had gone by and we lost interest, plus the whole show is just --well -- so dark. So good luck! Like I said: loved the first season; the second not so much.