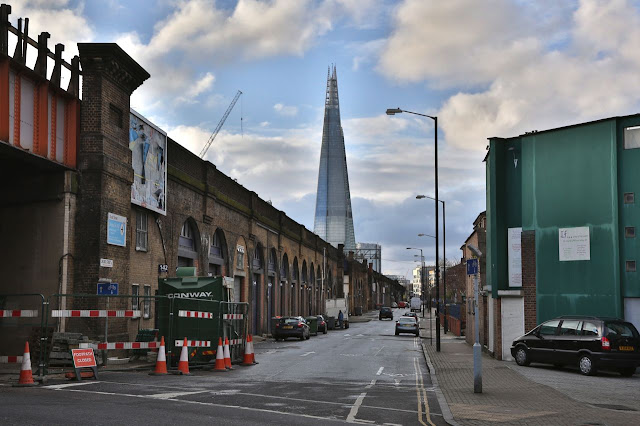 You know the folkie country alt-rock singer Michelle Shocked? She was most popular in the late '80s and early '90s with songs like "Anchorage" and "Come A Long Way," songs about shaking up the establishment and growing up a rebel in East Texas. I associate her with my Peace Corps years, because my friend Kevin mailed me mix tapes that became my soundtrack for Morocco, and they included her songs. It was sunny music for a sunny time in my life.

Anyway, you may have seen the news that Shocked went on an anti-gay tirade while performing Sunday at a nightclub in, of all places, San Francisco. Now, this is a woman whose career was propelled by prog-rock stations and who built a largely left-leaning audience. She once reportedly described herself as bisexual or at least sexually ambiguous, and she certainly had a huge gay following.

Apparently, since then, Michelle has found God. She has repudiated her status as a gay icon and now says she fears gay marriage will lead to the destruction of the country.

I can't tell you how heartbreaking I found this news. I'd already read somewhere that she had become religious, but why her newfound faith had to be accompanied by judgmental fire-and-brimstone bullshit I'm not sure. I love some Michelle Shocked songs. I am afraid I'll never be able to listen to them again. Instead of bringing to mind sunny Morocco, they'll conjure a shadow of condemnation.

It may be an overstatement to call her my generation's Anita Bryant, but her gigs are now being cancelled left and right and I suspect she'll have something in common with Anita in terms of a stalled career. (It was kind of stalled already.)

The whole episode got me thinking about why we all can't live with each other's differences. And that got me thinking about Facebook, a huge minefield of a topic. Have you ever been defriended on Facebook? It's happened to me a couple of times, and it can be a surprisingly hurtful experience. I'm not overtly political there, at least not often, partly because I know some of my friends are conservative and/or religious. (Well, OK, I did post that article yesterday about Richard O'Brien believing he's "70 percent man," complete with a photo of him in a dress...but that wasn't typical!) But even my moderate level of political and cultural engagement has proven too much for some people, and I hate that, even when they're people I haven't seen since grade school. Why doesn't friendship trump politics?

I am willing to make room for Jesus-y people. I want to respect their beliefs and maintain a relationship with them. When they fail to show the same ability for me, I take it personally. And I even take it personally when it's a famous person whose songs I enjoy, whose version of Jean Ritchie's "The L&N Don't Stop Here Anymore" still haunts me, and who I never met but somehow mistakenly, wrongly, felt that I knew.

(Photo: The Shard, seen from Bermondsey on Saturday afternoon.)
Posted by Steve Reed at 6:28 AM