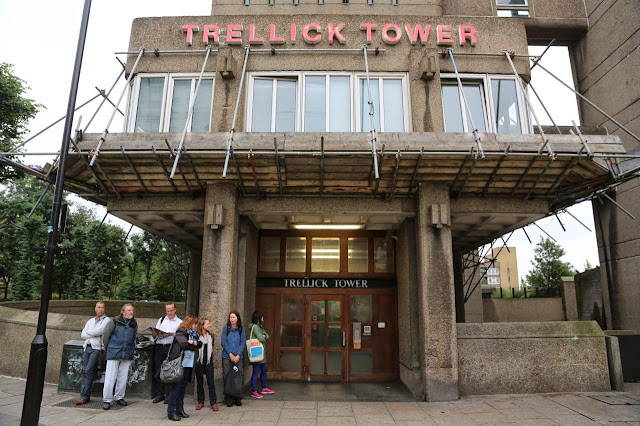 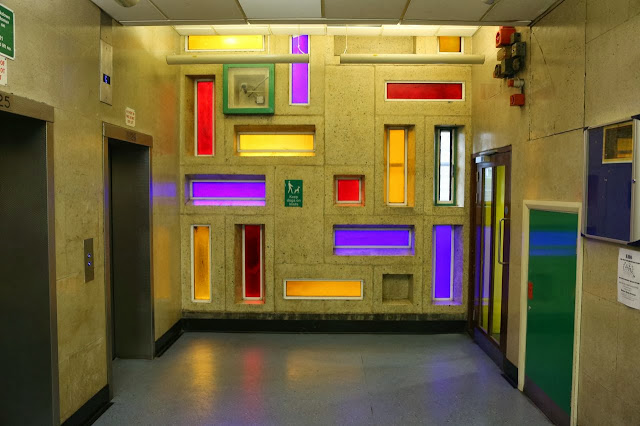 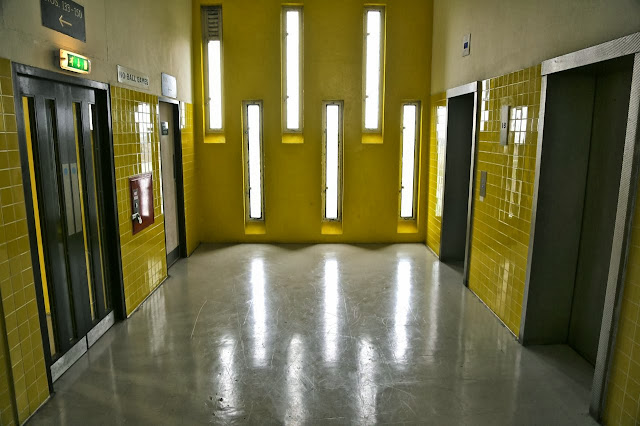 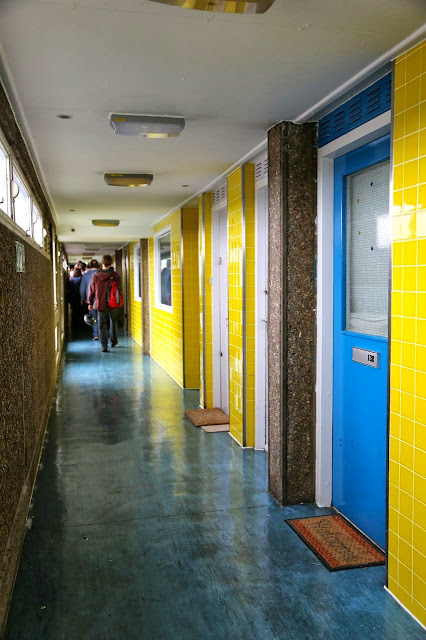 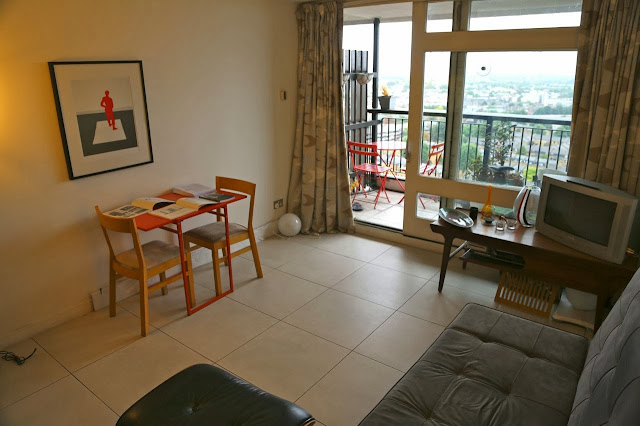 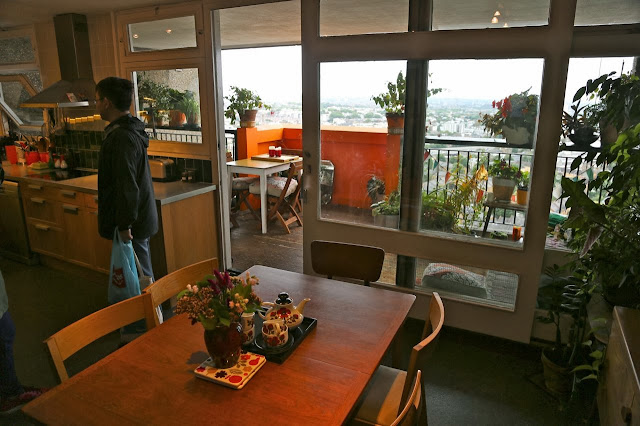 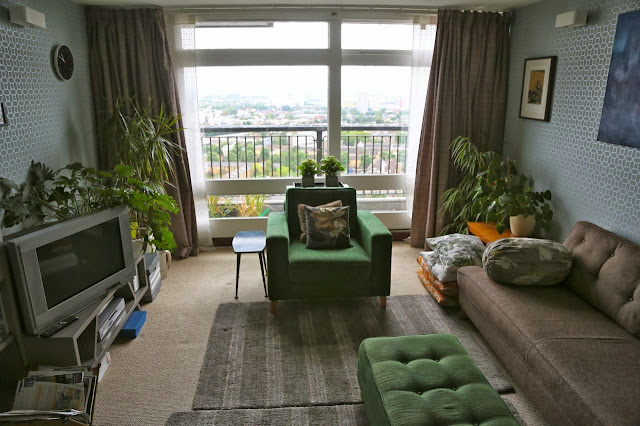 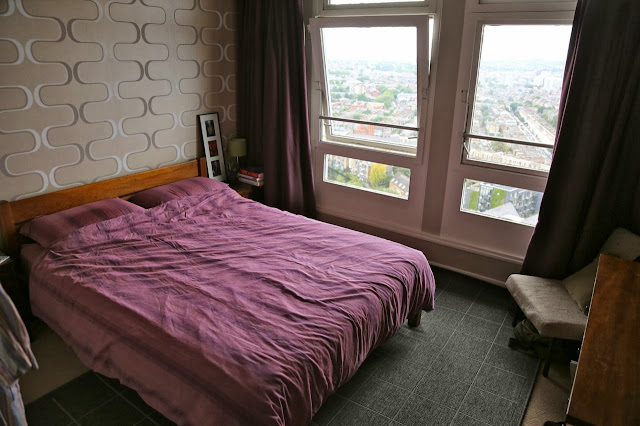 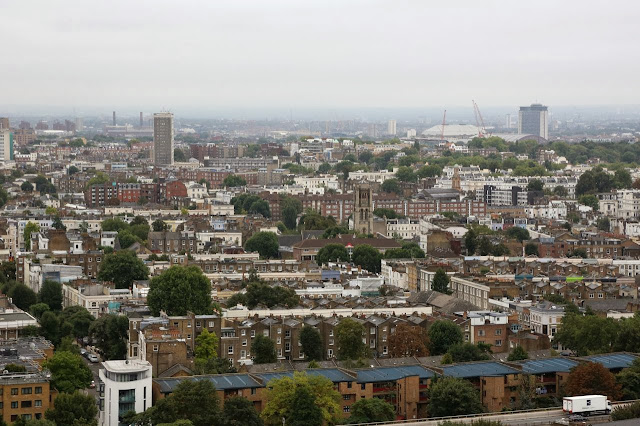 What a funky piece of architecture. Thanks for the tour.

That's great, Steve. Good job with the getting up early! I think it's a cool building. Good job taking photos, too. It takes motivation and confidence, especially when dealing with living spaces.

How awesome! It's sort of magical to be able to finally see inside a place which you see every day and have only been able to imagine as to the interior. Pretty cool building if you ask me. I love the big windows.

loved the pictures & the view..wow

There is something a bit to severe for my taste in those public locations but, that one photo taken in a kitchen area with the balcony looks quite nice. I think I could cook in that kitchen.

The elevators only go to every third floor?

OH COOL! Been very curious about that homely building for a long time- The inside is pretty cool actually- Love the colours. Wouldn't want to live there...Nice to see the view- and your bedroom window! Thanks for getting up so early - it was so worth it.

The funky interior belies that imposing and cold outside! I love, especially the mid-century look of the room with the green sofa.

Thanks for the tour, Steve --

A good piece, thanks Steve.

Wow...I wondered about this from your previous posts...thanks for the glimpse inside.

What a great building and how cool that you got to tour it--and so did we thanks to you! Great pics.

I think I'd like to live in that last apartment ...