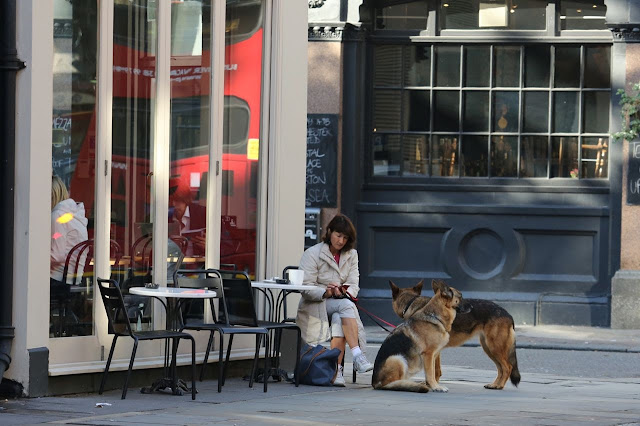 I'm going to break my cardinal rule about not writing about work, in order to tell you about our Red Dot System.

A red dot on the spine of a book in our school library means that it is suitable reading for a fifth- or sixth-grader. Technically, if a kid that young wants to check out a book, I'm supposed to make sure it has a red dot. (Kids younger than fifth grade have their own, separate library.)

The other day, a fifth-grade boy checked out a comic-book-style novel about the X-men. I didn't even think to look for a dot. It was the X-men, right? Didn't seem particularly scandalous.

Well, the boy's mother got a look at this book and she was not happy. She brought it in to school yesterday and talked to several people, and I basically ate crow -- I explained to her that we have a system, but I simply failed to notice whether there was a dot on this particular book and that it was entirely my fault. She seemed satisfied. (I don't know exactly what it was about this book that bothered her -- she hasn't turned it back in yet so I haven't had a chance to look.)

Later in the day, a class of fifth-graders came into the library to learn about our book collection with a librarian and to check a few things out. Needless to say, I was extra-vigilant about the red dots. An especially young-looking boy wanted to borrow "The Lord of the Rings," which, of course, did not have a red dot.

"The Lord of the Rings," in case you've never seen a copy, is a huge book, and quite complex. So I told this boy it might be a little hard for him, and to ask the fiction librarian what she thought.

Well, apparently he left without asking, because she never talked to him and the book was abandoned on the shelf. The librarian told me it probably would have been fine -- that we're mainly trying to shield the younger kids from sex and violence.

So now I feel guilty for giving one kid an unacceptable X-Men comic and for not giving another kid a classic that simply wasn't rated for his grade level. I'm waiting to hear from the parent -- "Why did you discourage my son from reading 'The Lord of the Rings'?"

I'm telling you. Working in a school library is complicated.

(Photo: Sunday morning near Earl's Court.)
Posted by Steve Reed at 6:51 AM

Censorship, plain and simple. Which I'm against in principle. I can't imagine what could have been so objectionable in the Xmen graphic novel unless it was the way those artists depict women with humongous boobs hanging out. But really, doesn't the kid watch TV?

Agree with Ellen! You are a librarian not a mother! Parents who are doing their job would have a discussion about the book with their child, maybe even read it with them and compare good lit with action graphic novels.Violence...ever read War and Peace? And what is wrong with sex??? Uptight puritanical frightened parents...If it is forbidden- becomes desired fruit, a curiosity, a secret naughty thing..! I am sorry for you, having to take the brunt of it.

Watch out for the smart kid who'll bring in a pack of new red dots.

Ha! It certainly is.

Yeah. I don't like the red dot. Kids should be able to read whatever they can get their minds around. Within reason of course. But...whose reason?
It is complicated. I would like to think that any book in a school library should be available to any kid in the school. But, that's just me.

I don't object to the dots in general. They're just for guidance -- it's OK to guide kids to books that are geared toward their age group. But I also think higher-level readers ought to be able to get adult books if they want them. Like most systems, it calls for some flexibility!

I'm with Ellen and Linda Sue. Down with dots. Boo!