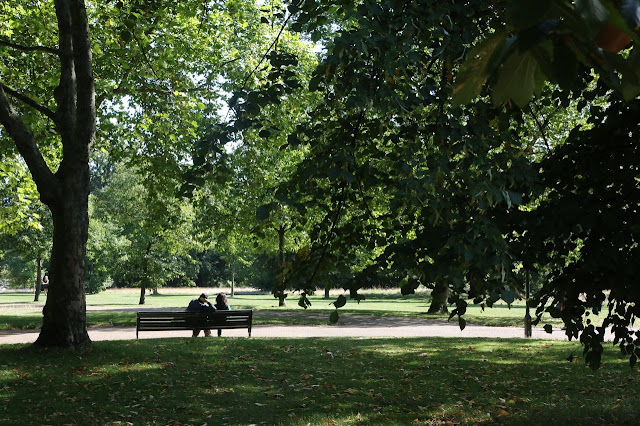 The article in this month's Harper's that I mentioned yesterday, questioning the need for widespread Algebra II instruction in high schools, was really interesting. Nicholson Baker, the author, argues that there is no need to feed every student -- or even every college-bound student -- through the sausage grinder of higher mathematics. Doing so, he says, simply breeds resentment, boredom, frustration and anger in students with no head for math.

Baker recommends that we instead "create a new, one-year teaser course for ninth graders, which would briefly cover a few techniques of algebraic manipulation, some mind-stretching geometric proofs, some nifty things about parabolas and conic sections, and even perhaps a soft-core hint of the infinitesimal, change-explaining powers of calculus. Throw in some scatter plots and data analysis, a touch of mathematical logic, and several representative topics in math history and math appreciation." Mention some historic figureheads of the math world and how they discovered the topic.

"Make it a required course. Six weeks of factoring and solving simple equations is enough to give any student a rough idea of what the algebraic ars magna is really like, and whether he or she has any head for it," he writes. Let the students who don't simply move on to other subjects.

Higher math, Baker argues, really is not one of the core elements of education that students need to survive. He likens it instead to smelting, farming, knitting or highway design -- areas of specialized study for those who are truly interested. Modern algebra requirements are a remnant of the red-baiting era in the 1950s when the United States feared that Russia was outpacing its students in math and science. At the beginning of that decade, Baker writes, only a quarter of American high school students took algebra, and yet mathematics as a field was prospering -- because those who studied it really loved it.

The article quotes a mathematician who once wrote, "Mathematics is so useful that there could be no civilization without it, and it is so beautiful that some theorems and their proofs -- those which cause us to gasp, or to laugh out loud with delight -- should be hanging in museums." But even this guy agrees that teaching Algebra II to all high-schoolers is a bad idea. "Forcing people to take mathematics is just terrible," he said.

I cannot tell you how much I loved this article. As a student who struggled with math, who shed tears over it, who participated in screaming fights with my math-teacher parents because I just couldn't see what was so obvious to them, I think he is right on the money. Quotes like the one above, about the beauty of math, literally make my skin crawl. They give me the same feeling that I get when I hear the whistles and cheers of an NFL football game -- a visceral revulsion rooted in, I suspect, my frustration that I just don't get why people like this stuff. I can guarantee you that I have never gasped or laughed with delight at a theorem or proof.

A basic one-year introduction to mathematical mysteries would have suited me just fine -- sort of like the one-year course I got in chemistry. I don't use much chemistry in my daily life but it pays to understand what an electron is, or how atoms torn apart or smashed together might produce powerful reactions or new elements. You know what I mean? All most of us need are the generalities.

Anyway, if you're at all interested in this subject, grab a copy of the magazine and read the article. I really love Harper's.

And speaking of magazines, Dave pointed out that Olga is featured in a corner of the cover of this week's New Yorker (left)!

(Top photo: A couple in Hyde Park, where I went walking with Olga yesterday.)
Posted by Steve Reed at 7:36 AM

I should read Harpers. In my spare time. Yeah.
Seriously- probably very good suggestions about math education. Let those who love it study it, let those who cry in math class every day, skip it.
I'll never forget standing in line for high school graduation and my trig teacher coming up to me and saying, "Don't worry, Mary. You're never going to need trigonometry again in your life."
And I wanted to smack her. Why did she wait until that moment to deliver this news and admission?

I think your brain is wired for math or language ...hardly ever both! My mind is definitely not wired for math but my husband is so we make a good combo...I read and he does calculation...

Interesting how you say "Math" for what we call "Maths".

I love Olga's featured appearance! Perfect.
When I was in high school, my first introduction to algebra was wonderful. I loved it. I loved the problem solving aspect of it. It was like solving a puzzle to me. Then I moved on to the next level and I started to wonder why I had enjoyed the first class so much. It seemed like the problems were no longer puzzles begging for a solution they were instead torturous exercises to get to some pre-destined conclusion. I quickly lost interest. That was the last of my math studies and as near as I can tell it was enough to be able to solve all the math related issues that arise in my life.

Math is not my friend! I managed Algebra just fine and rather enjoyed it. When I had Geometry--that was the demise of my math. I think it had quite a bit to do with the teacher who was also the boys' athletic coach and he also taught Geometry. He took an instant dislike to me and called me out in front of the whole class and I think I barely passed that class with a "D" which was completely out of my zone--usually A' with B's. I still have a math stigma today. I blame him--but who knows?

It's deep for you, it really is, this math thing.

Ms Moon: LOL -- well, it's worth making time for, but I know you read Esquire and I never get around to that one. We all have to pick and choose, right? I never even TOOK trigonometry, and I've survived OK so far!

Ain't: It does seem that people are usually better in one or the other, which is interesting.

Jim: Yeah, that's one of our many little linguistic differences! Americans never say "maths" in the plural.

Sharon: It's interesting that you liked it at first but then grew to dislike it. (Whereas I hated it from the beginning!) You must have some mathematical ability, I would think.

Lynne: I actually liked geometry better because it was spatial, and I could envision the shapes. Even the proofs didn't bother me too much. But strict equations, no way. I wonder how much of our antipathy toward math comes from such underqualified or hostile teachers? Some of mine certainly wouldn't have won a prize.

Reya: It IS deep for me. It makes me angry, even now!

I can't wait to read that article. Your comment about not ever laughing with delight at a math problem or proof cracked me up -- I was and am the same -- about football, too! My son is in ninth grade and right this moment doing algebra homework. Which, like his mama, he HATES. I tell him not to worry about it and that yes, indeed, the only thing he'll use it for when he's older, is through the channels or neuronal pathways it exercises today. I totally don't know what I'm talking about, though!

P.S. Another reason to buy that copy of Harper's is because it has a short story by Lydia Davis -- I haven't read it, yet, but she's one of my favorites!

makes sense to me.

I loved Algebra I and geometry - and I think it's because I love puzzles. Like Sharon though, once I progressed further (& I even took calculus in college) I did NOT enjoy it. None of that stuff was the least sexy to me!