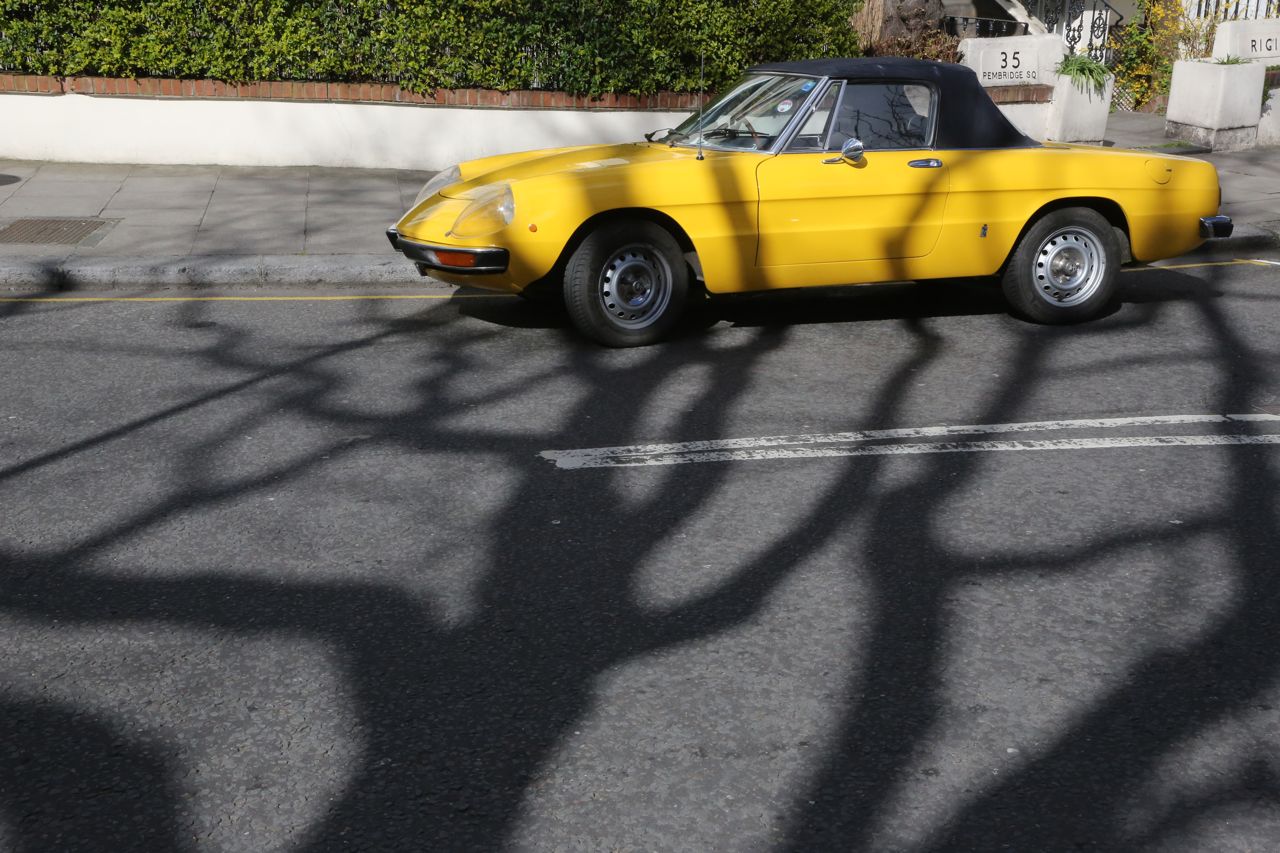 As an antidote to yesterday's Debbie Downer of a post, how about a sunshine-yellow Alfa Romeo? This car was parked in my neighborhood on Saturday, and even though I'm not really a car person, it definitely caught my eye. In fact it inspired me to come home and watch "The Graduate" that afternoon. (Benjamin Braddock -- Dustin Hoffman's character -- drives a sporty red Alfa Romeo in the movie.)

It represents all the consumerism and unsustainable living I just railed against, I know. It's also a pretty color. 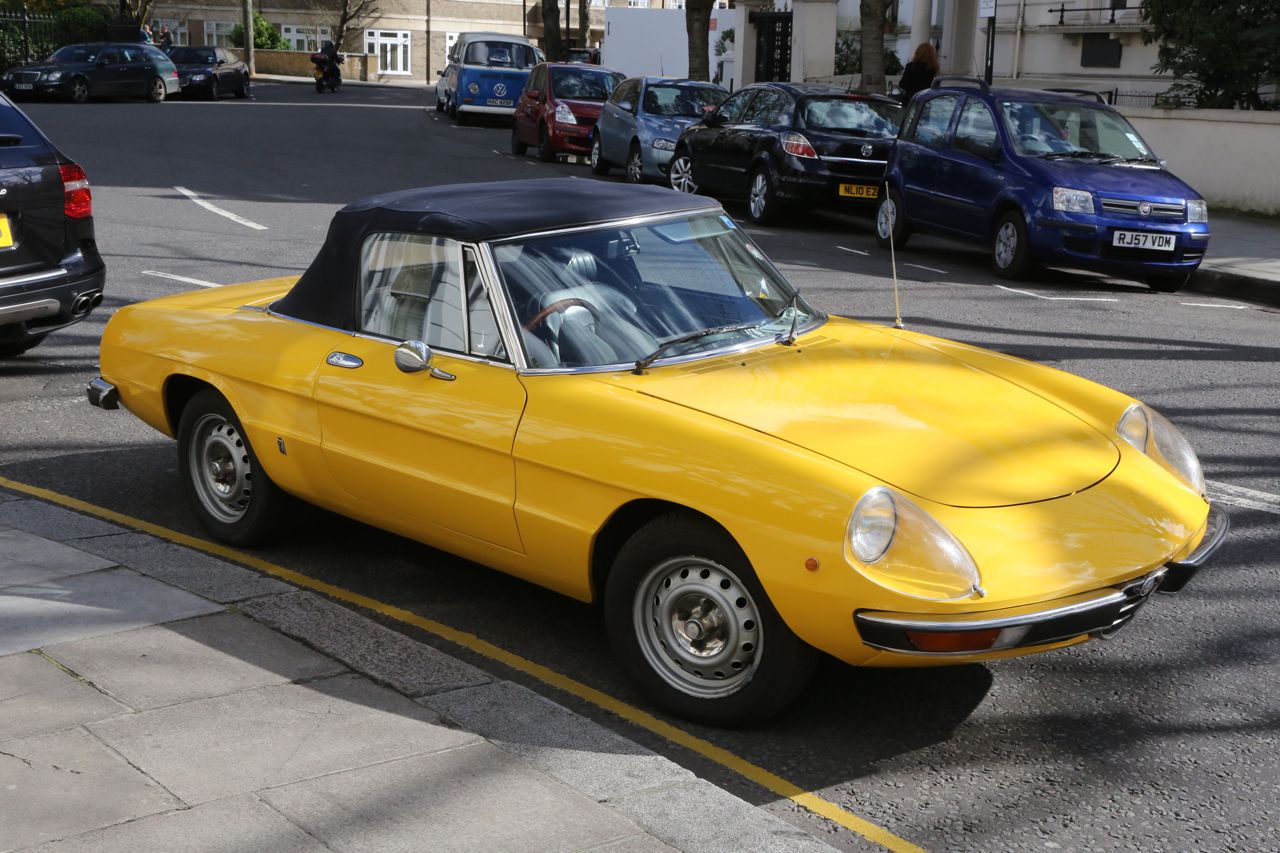 I'm battling a bit of a cold. Lots of people at work have been sick, and I fought a spacey feeling all day yesterday, and a tickle in my throat. My coworker told me I'm probably just exhausted. That's entirely possible, too.

A couple of days ago I mentioned the mystery of Bitcoins -- why they're worth anything at all, given that they're essentially invented currency. My friend Kevin responded by sending me this interesting NPR show about money, and how it's all invented. I mean, I know paper money is purely symbolic, and even gold isn't intrinsically valuable -- we've all merely agreed that it has value. It turns out that's the key to all money -- a simple consensus that it's worth something. So the question is, why do Bitcoins merit that consensus, given that they're not backed by any government or authority? I see more value in a sunshine yellow Alfa Romeo, and given that I'm not a car person, that's saying something.
Posted by Steve Reed at 6:19 AM