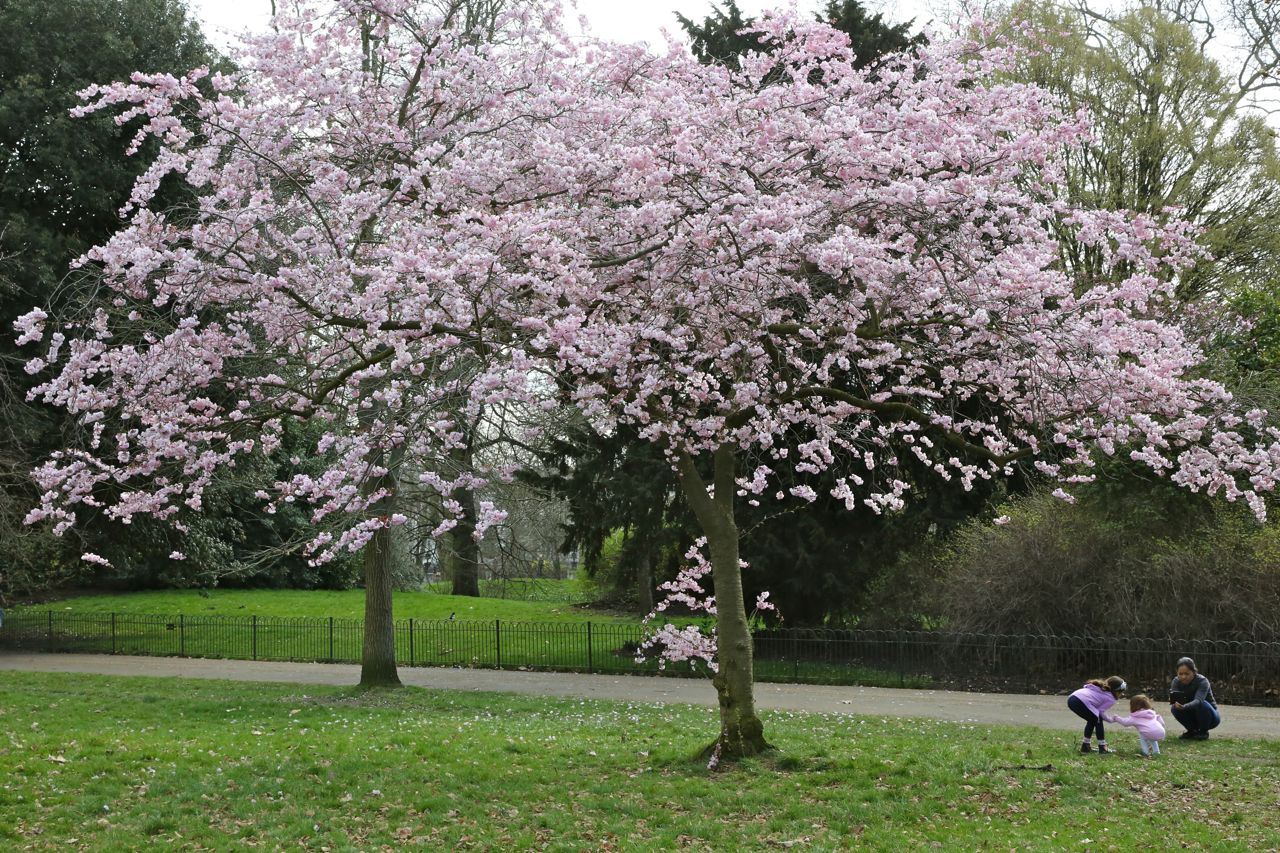 It is well and truly spring here, with lots of sunshine and temperatures in the mid-60s yesterday and today. Olga and I spent yesterday morning in the park, enjoying pink clouds of blossoms near the Albert Memorial and budding greenery everywhere else.

Midway through March, we must be in the "lamb" phase of the month. 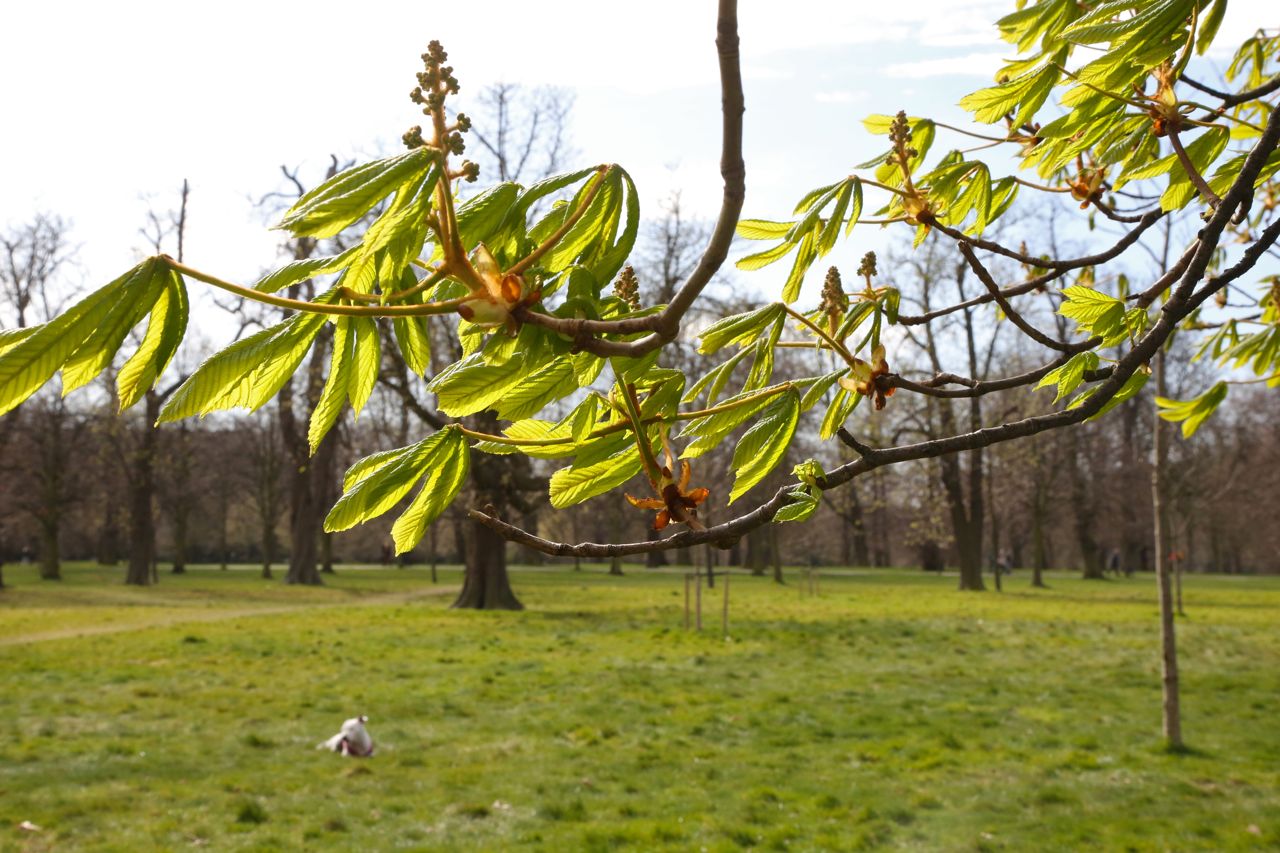 I spent yesterday afternoon catching up on reading. I feel like I have very little quiet time to read. I have my lunch hour at work, but now that I'm walking to and fro I don't have my tube commute, and in the evenings Dave has the TV on and I'm on call. I'm on call in the mornings, too, and when I'm not working I'm blogging and getting ready to go to work.

I used to be able to read at my desk at work, during down periods, but with the two-job thing I have much less down time. 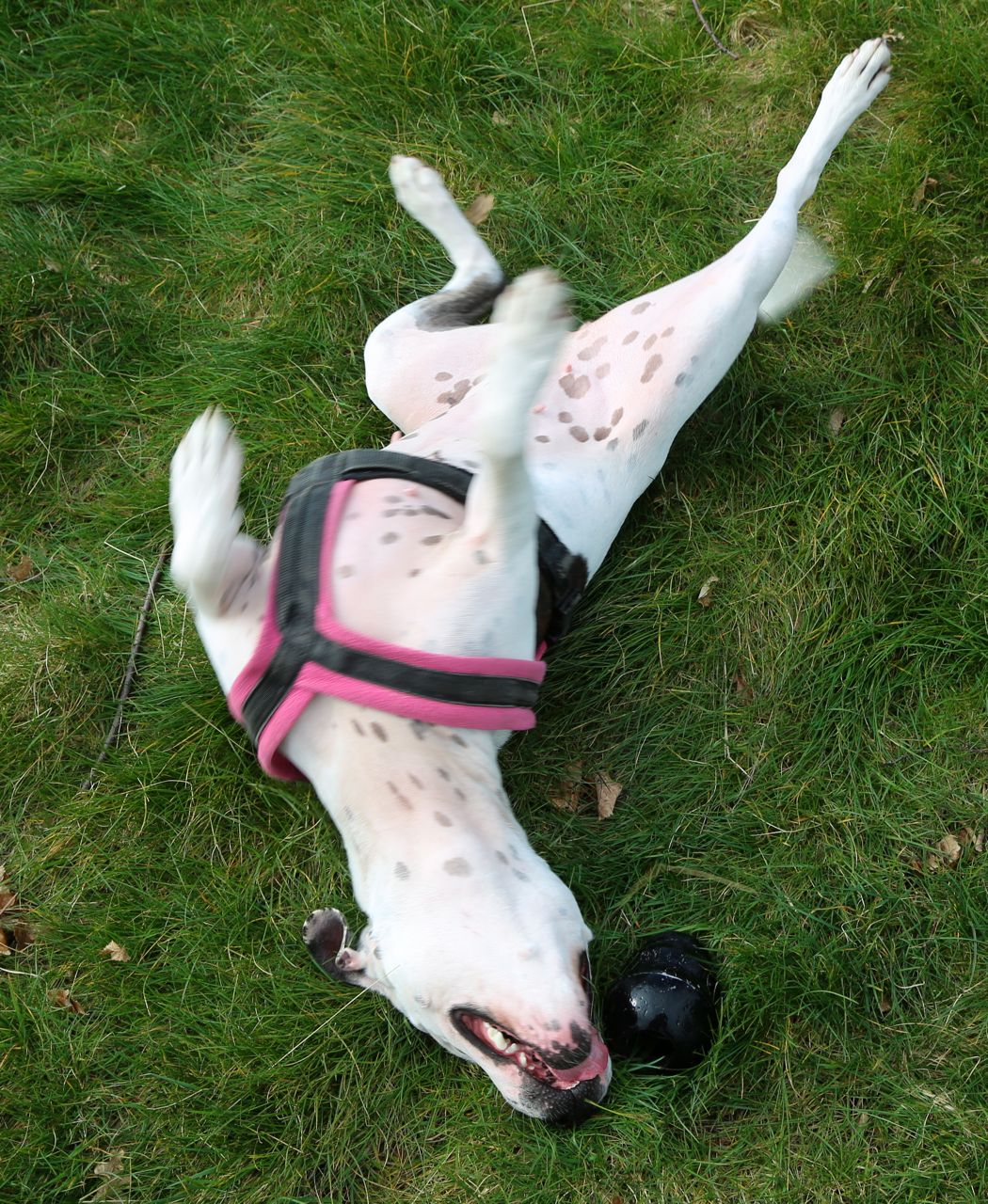 Anyway, yesterday I did manage to finish the book "Lost Girls: An Unsolved American Mystery," tracing the lives and deaths of five young sex workers on Long Island. Written by Robert Kolker, an editor for New York magazine, it's a good read, though I must admit I had trouble keeping all the characters and their relationships straight. (Note to publisher: That useful list of characters and their connections that I discovered in the back of the book only after I finished it? Well, it ought to be in the front!)

I also tackled a couple of my New Yorker magazines, including the fascinating article by Andrew Solomon about the father of the Sandy Hook school shooter. I don't think I realized the extent to which the parents tried to get help for that kid. He had plenty of mental health evaluations, special educational opportunities, all the things a parent could possibly provide. But apparently his Asperger's diagnosis masked his other mental-health issues, or so his father believes.

Last night, Dave and I met our friends Keith and Gordon for dinner at Keith's house. Some time ago, Keith and Gordon invested jointly in several cases of Châteauneuf-du-Pape of varying vintages, and this was the second in a series of dinners focused on pairing that wine. (Dave cooked last time, so we're doing our part, too!) It was a fun evening, and Keith's beef wellington was great, but there was a lot of band conversation -- something I'm going to have to get used to this week, because Dave's music department is hosting European Honor Band, and there's going to be quite a social swirl.
Posted by Steve Reed at 7:57 AM